Doctors say not getting the second dose of the COVID-19 vaccine lowers the efficacy and may result in a shorter period of protection. 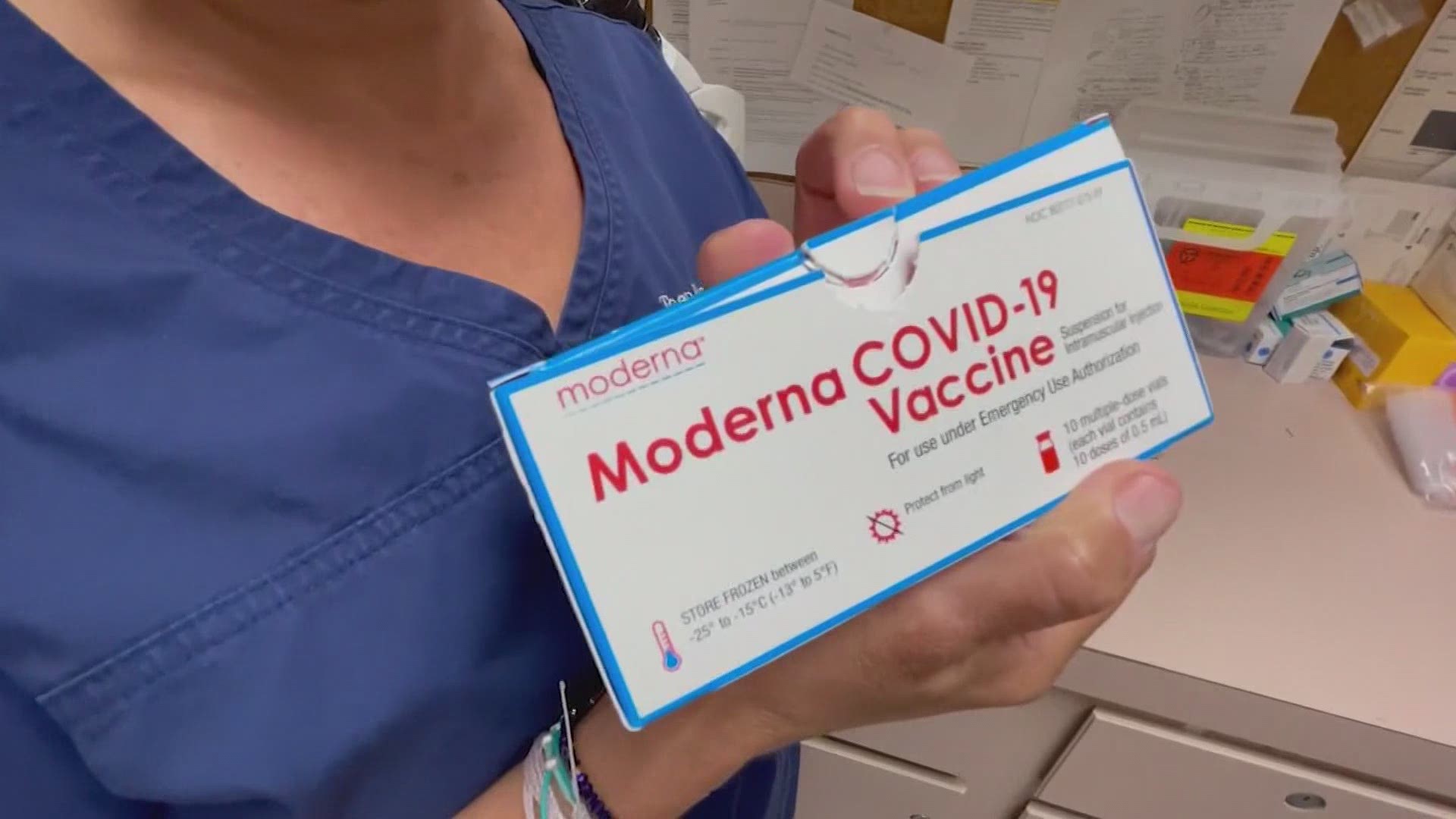 Nearly 3 million people in the US have missed their second dose of the COVID-19 vaccine, according to data released by the CDC.

Doctors recommend getting a second shot 3 to 6 weeks after the first shot. Someone is considered overdue for their second dose six weeks after getting their first dose.

Health officials say about 5 percent of Texans who have gotten the Pfizer or Moderna vaccine are overdue for their second dose.

A spokesperson for the Houston Health Department says 51,881 people in Houston have missed their second dose. That accounts for 4.5 percent of Houstonians with their first dose.

RELATED: VERIFY: No, you don't need to restart your vaccine if you contract COVID-19 between doses

Dr. Luis Ostrosky, an infectious diseases specialist with UTHealth and UT Physicians, says one shot does offer some protection, but efficacy drops to around 70 percent.

“We know that for two doses you have antibodies for at least six months and counting. But with one dose, you may have no antibodies at all after three months,” he said.

RELATED: How long does protection from COVID-19 vaccines last?

The latest statistics from the Texas Department of State Health Services show 570,399 people are overdue to get their second shot, which is 5.35 percent of people who got a Pfizer or Moderna shot.

“Very, very concerned about this trend of people getting only one vaccine and thinking they’re going to be fine,” said Dr. Ostrosky. “It’s creating a false sense of security. Thinking you’re vaccinated with one dose puts you at higher risk, because you’re going to be doing higher risk activities. You’re going to be putting your community and family at risk as well.”

Harris County Public Health has been much more successful when it comes to people getting fully vaccinated. Of the 330,000+ people vaccinated, HCPH said roughly 3,100 people have not returned for their second dose appointments, which is less than one percent.