The study also found the vaccine was 100% effective against the variant first discovered in South Africa. The variant study involved just 800 participants. 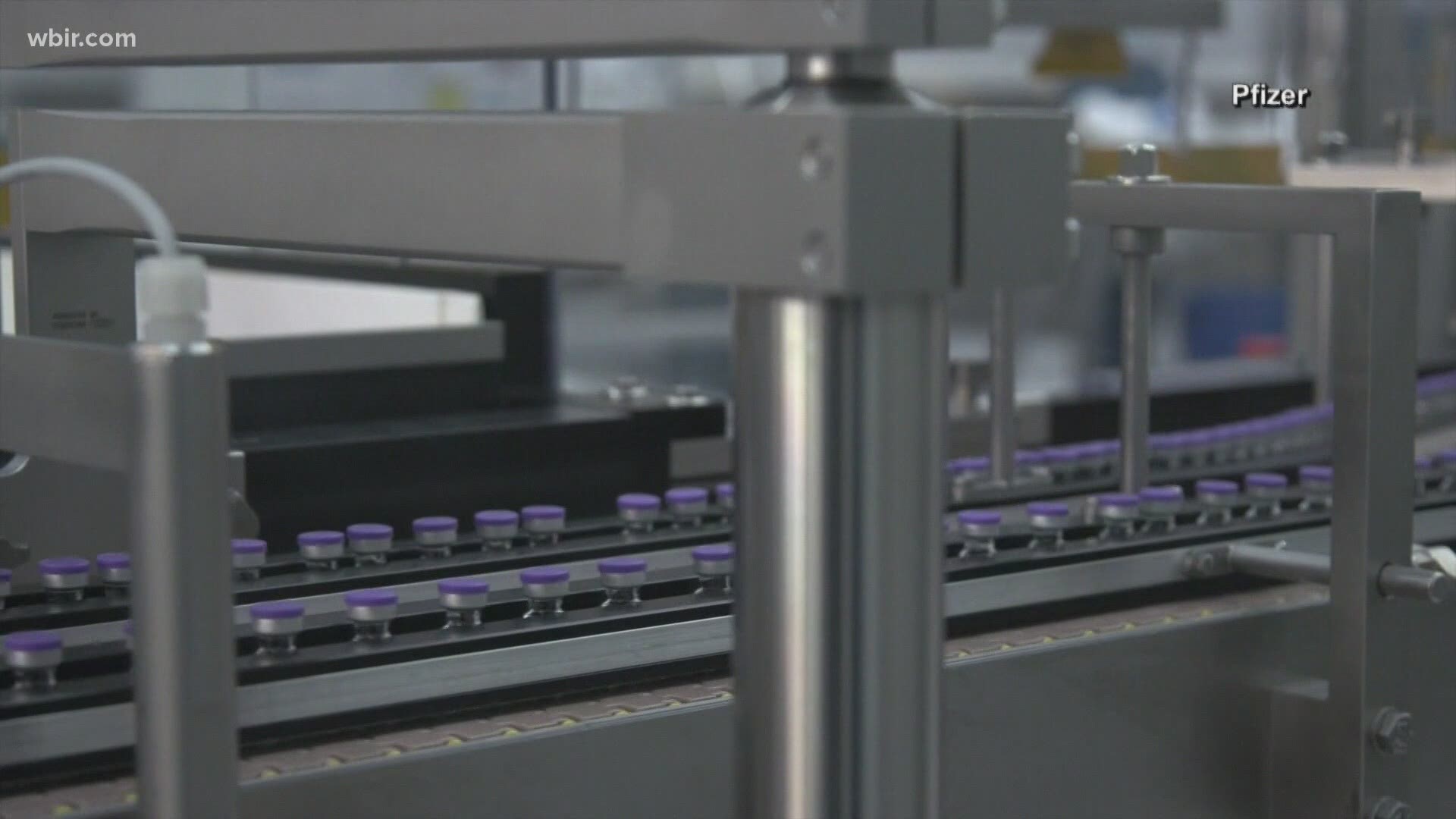 WASHINGTON — Pfizer and BioNtech on Thursday announced its COVID-19 vaccine is 91% effective for up to at least six months after getting a second dose, citing updated trial data.

Pfizer's chairman and CEO Albert Bourla said that the recent data "confirm the favorable efficacy and safety profile of our vaccine" and can permit the company to apply for full approval from the U.S. Food and Drug Administration. Currently, the vaccine only has Emergency Authorization Use, which was issued in December of 2020.

The company said its newest data confirms that the mRNA vaccine is 95.3% effective against severe COVID-19 as defined by the FDA and 100% effective against what the Centers for Disease Control and Prevention defines as severe disease.

RELATED: Can I still spread the coronavirus after I'm vaccinated?

RELATED: CDC: COVID was 3rd leading cause of death in US for 2020

The study also found that the vaccine was 100% effective against the variant that was first discovered in South Africa. However, that study into the B1.351 variant only involved 800 participants.

Credit: AP
Michael Moore, a registered nurse with the Mississippi State Department of Health immunization program, holds an empty vial of the first round of the Pfizer COVID vaccination, that was injected into the arm of one of the state medical leaders, Wednesday, Dec. 16, 2020, in Ridgeland, Miss. (AP Photo/Rogelio V. Solis)

“It is an important step to further confirm the strong efficacy and good safety data we have seen so far, especially in a longer-term follow-up,” said Ugur Sahin, CEO and co-founder of BioNTech, in a statement. “These data also provide the first clinical results that a vaccine can effectively protect against currently circulating variants, a critical factor to reach herd immunity and end this pandemic for the global population.”

In a joint statement, Pfizer and BioNTech said that the efficacy of the vaccine study was generally consistent across age, gender, race and ethnicity demographics, and across participants with a variety of underlying conditions.

The companies said they plan to submit their data for a scientific peer review and potential publication in the near future.

The new data comes a day after Pfizer announced its vaccine is safe and strongly protective in kids as young as 12, a step toward possibly beginning shots in this age group before they head back to school in the fall.

Most COVID-19 vaccines being rolled out worldwide are for adults, who are at higher risk from the coronavirus. Pfizer’s vaccine is authorized for ages 16 and older. But vaccinating children of all ages will be critical to stopping the pandemic — and helping schools, at least the upper grades, start to look a little more normal after months of disruption.

The United States has more than 30 million confirmed cases of COVID-19, according to data from Johns Hopkins University.

As of Thursday, the U.S. had more than 552,000 deaths from the virus. Worldwide, there are more than 129 million confirmed cases with more than 2.8 million deaths.