The Community Vaccination Center at NRG is expected to be up and running by February 22, according to the White House. 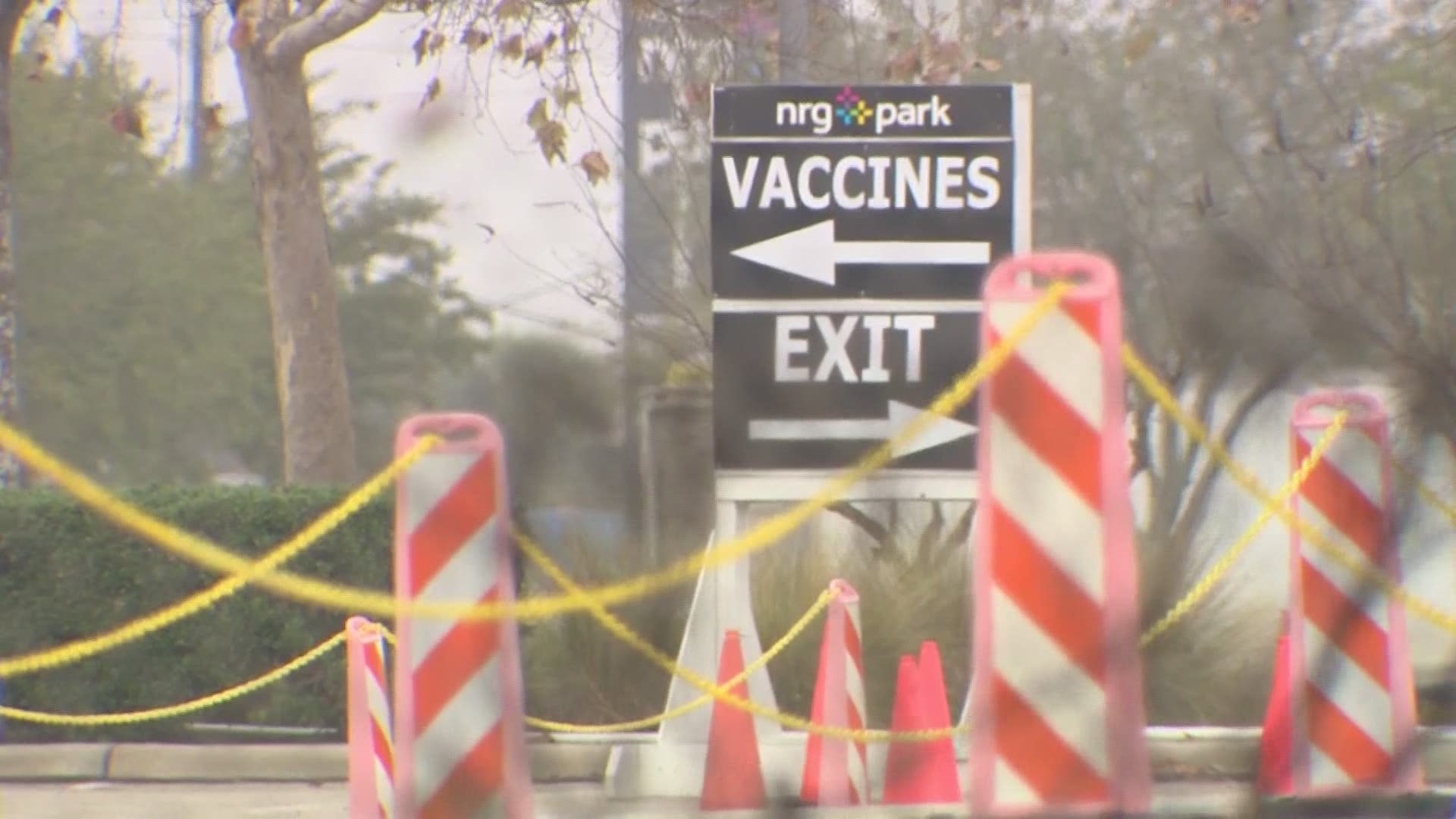 It's part of a vaccine partnership between the White House and the State of Texas and also includes mega sites at Fair Park in Dallas and AT&T Stadium in Arlington.

Together, they will be capable of giving more than 10,000 shots a day, according to the White House.

They expect these sites to be up and running beginning the week of February 22.

The Biden Administration is sending federal teams immediately to work hand-in-hand with the state and local jurisdictions.

These Community Vaccination Centers will utilize primarily federal staff in support of state and local governments.

Hidalgo told KHOU county leaders are pushing the federal government to use the county’s existing vaccine waitlist to select who will get vaccine appointments.

More than 300,000 people had registered on the county list as of Wednesday.

The White House said the three sites were identified using a range of criteria, most central to those is the CDC’s Social Vulnerability Index. This tool was created to help emergency response planners and public health officials identify and map communities that will most likely need support before, during, and after a hazardous event. The index takes into consideration critical data points, including socioeconomic status, household composition, minority status, languages, housing type and transportation.

The goal of establishing these joint federal pilot centers is to continue to expand the rate of vaccinations in an efficient, effective and equitable manner, with an explicit focus on making sure that communities with a high risk of COVID-19 exposure and infection are not left behind.

Each of these areas, like the rest of the country, have struggled with the impacts of COVID-19.

RELATED: Pharmacies set to distribute COVID vaccine in Houston area | Links you will need to register

The three sites were chosen, in part, because they are easily accessible for some of the state’s most vulnerable citizens. Each is located near at least three major highways.