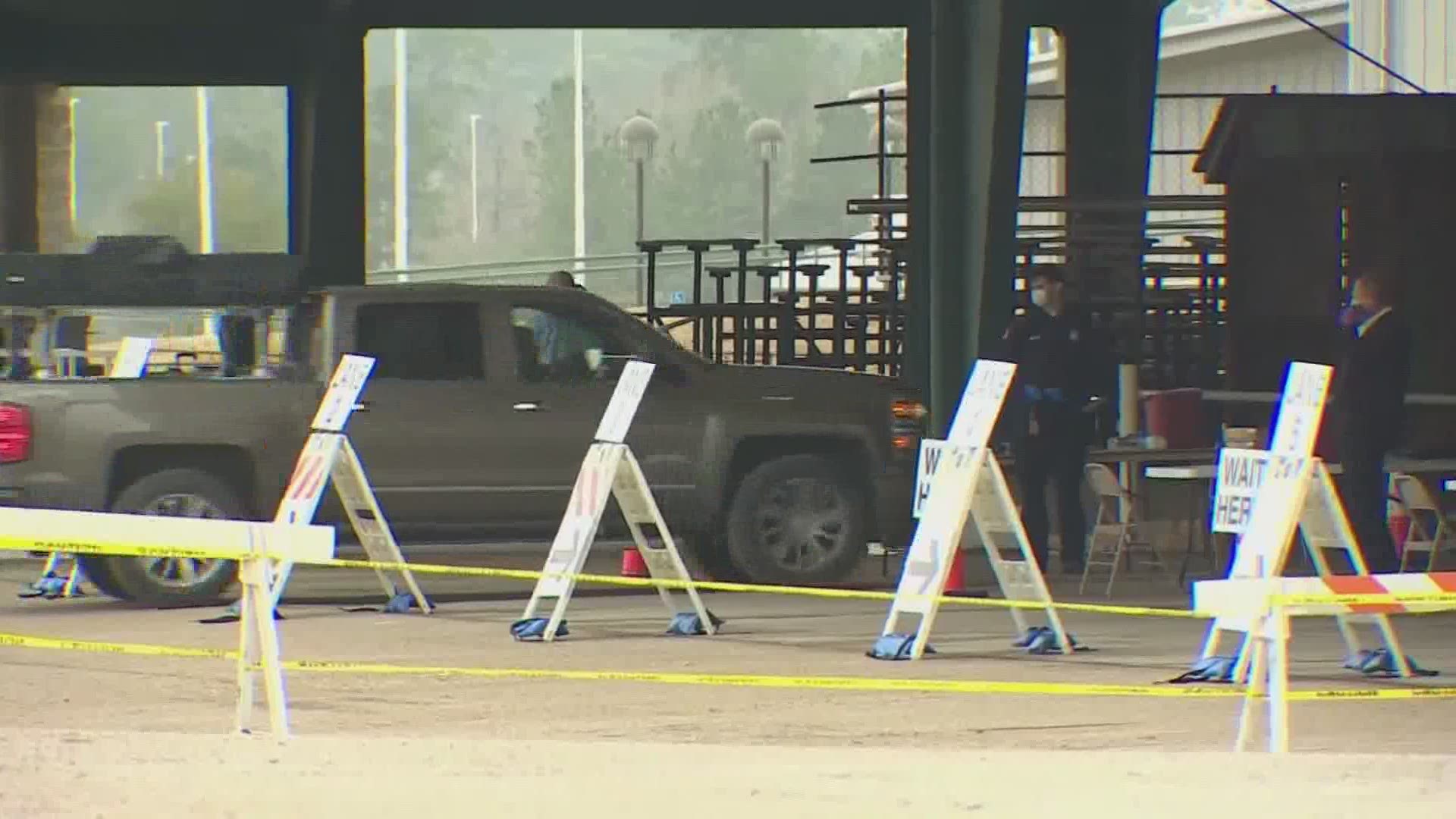 Montgomery and Galveston counties became some of the latest “large vaccination hubs” in Texas after being left off the state’s list the previous week.

Millsaps said county officials are aiming to give all 2,000 first doses at the drive-thru site by Friday.

All appointments for the current week are booked.

“They were taken within about 20 minutes,” said Millsaps.

Karen Harwell, CEO of Lone Star Family Health Center, said just over half of those doses went to her clinic’s vulnerable, eligible patients.

“Those tickets that we set aside for our targeted individuals, we were walking them through that (online sign-up) process, and so it wasn’t just completely a free-for-all,” said Harwell.

People with appointments in Brazoria County also started getting their shots Wednesday. The county split 600 doses evenly between clinics in Pearland and Lake Jackson.

Clinics in Angleton and Alvin are currently booked with second dose appointments.

Galveston County Health District and UTMB were also named hubs by the state.

“Believe it or not, League City is one of the hardest hit,” said Dr. Philip Keiser, Galveston County’s local health authority, during a Wednesday afternoon press conference at the park. “That’s where we’re seeing the highest rates, so this is a very good place.”

The county health district and UTMB together got nearly 5,000 total doses this week.

“We’re currently working on a system to get people registered, where they can register primarily by the Internet, but also have a phone system if they don’t have access to the Internet,” said Dr. Keiser. “We don’t have all those details worked out yet.”

Many of those shots will go to UTMB patients whose appointments were suddenly cancelled the prior week because of short supply.

County leaders are looking into opening a second site, possibly at Jack Brooks Park in Hitchcock.

“All the vaccine we can get, we’ll put in people’s arms,” said Mark Henry, Galveston County Judge.