CVS and Walgreens are accepting appointments and Methodist Hospital has the vaccine for people who are qualified. 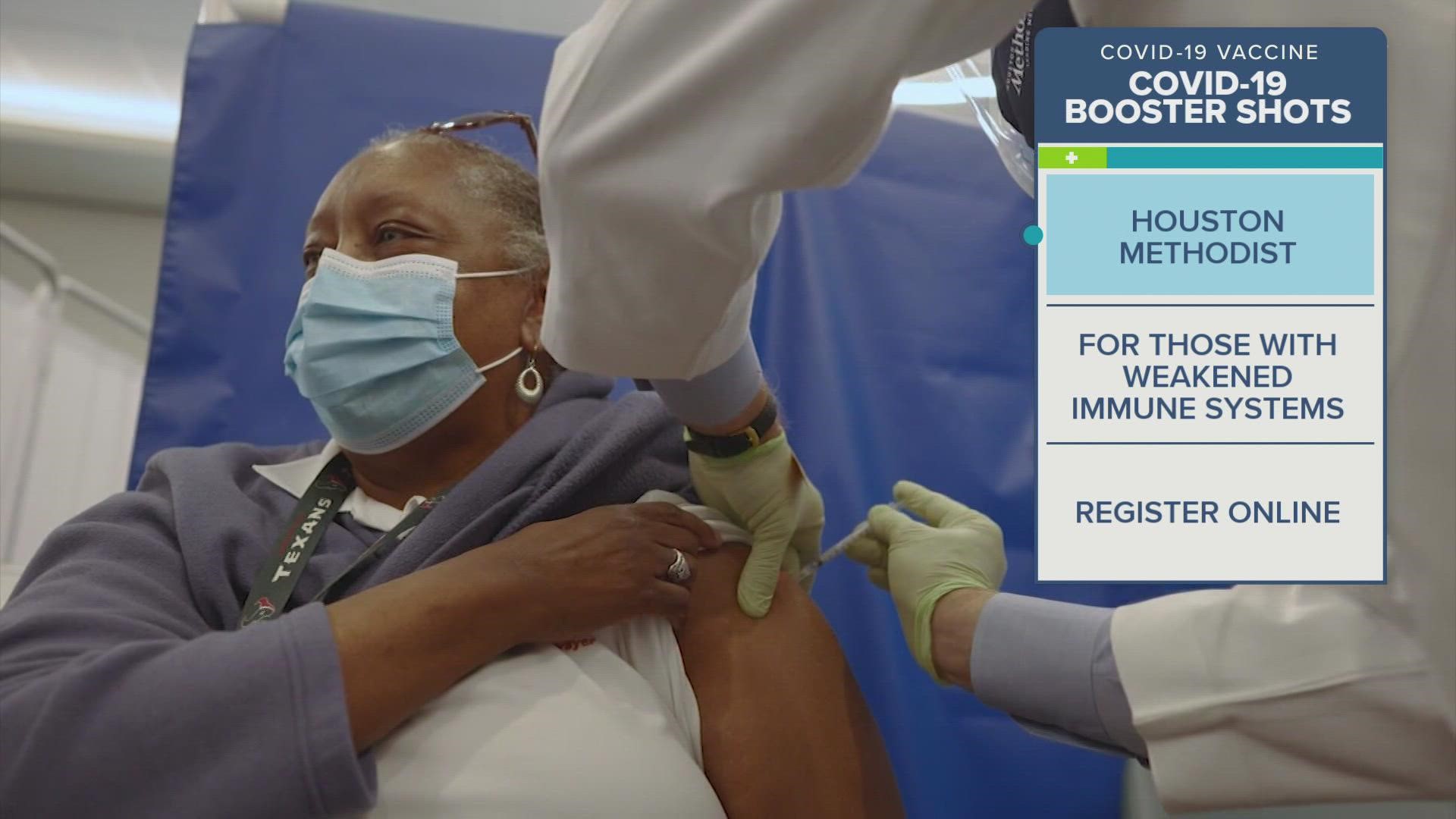 HOUSTON — Houston Methodist has started giving a third dose of the COVID-19 vaccine to those who qualify. Anyone who does qualify can make an appointment and no prescription is needed.

CVS and Walgreens also said they're accepting appointments for the third shots, too.

Federal health officials have been actively looking at whether extra shots for the vaccinated may be needed. They've been reviewing case numbers in the U.S. “almost daily” as well as the situation in other countries such as Israel, where preliminary studies suggest the vaccine’s protection against serious illness dropped among those vaccinated in January.

Israel has been offering a coronavirus booster to people over 60 who were already vaccinated more than five months ago.

Moderna President Stephen Hoge said seeing some “breakthrough” infections emerge among the vaccinated within six months has been surprising, even if most symptoms so far have not been life-threatening. “I think that suggests we are going to need booster vaccines to get through the winter,” he said.

Last week, the Food and Drug Administration said people with weakened immune systems can get an extra dose of the Pfizer or Moderna vaccines to better protect them as the delta variant continues to surge.

Currently, about 60% of the U.S. population has gotten at least one dose and nearly 51% are fully vaccinated, according to the Centers for Disease Control and Preventio. Areas with low vaccination rates have been particularly hit hard with infections, such as Louisiana, Texas, Florida and Mississippi.