COVID patient Andres Perekalski hopes others will use his story as an example and get the vaccine. 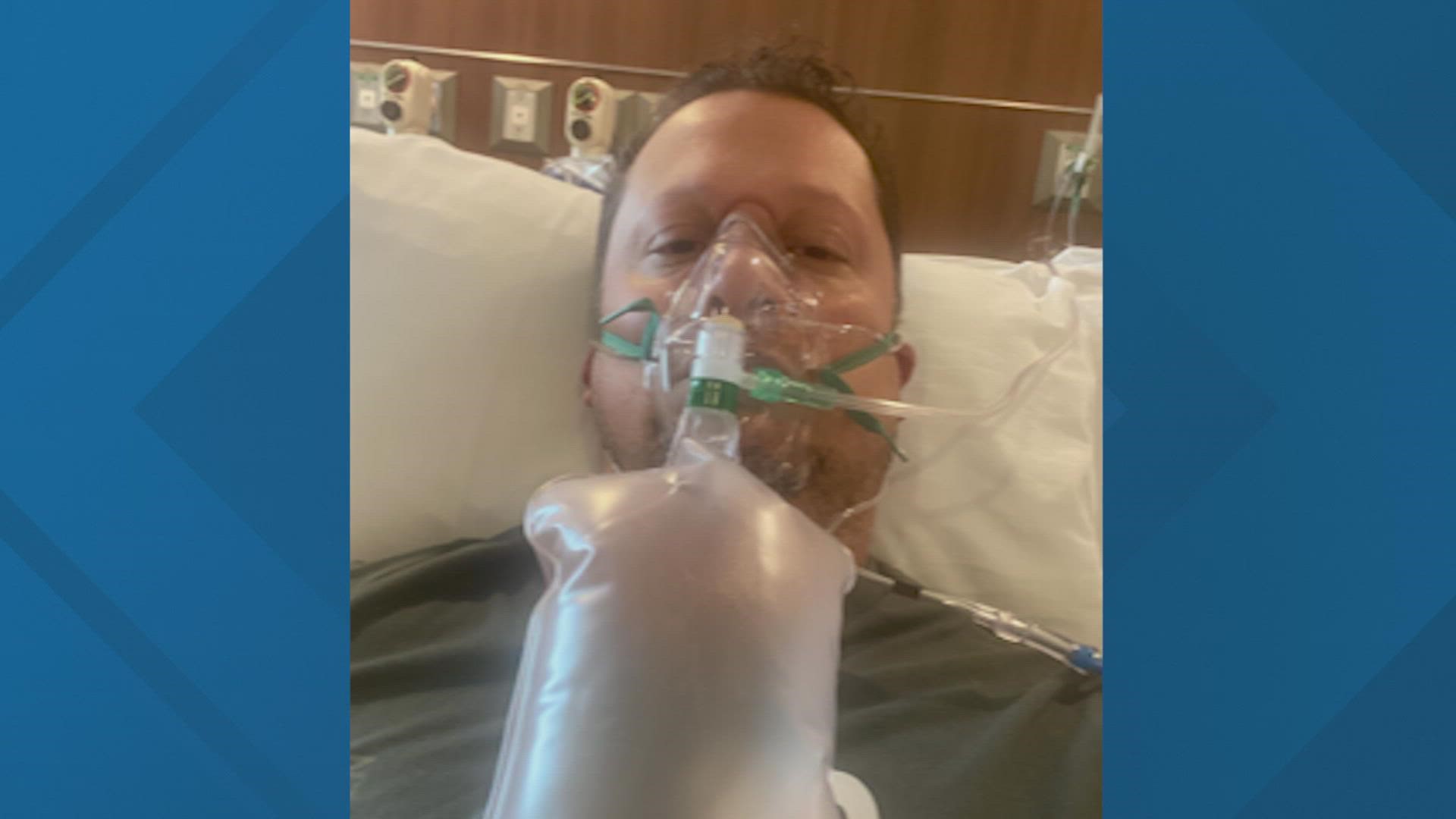 HOUSTON — COVID-19 patient Andres Perekalski was overcome with emotion as he described the two weeks he spent at Memorial Hermann Hospital - one of which he spent in the ICU.

It’s a scare that he said he and his family didn’t need to go through. Perekalski was unvaccinated when he caught COVID. He said he wasn’t sure he was going to make it.

Perekalski owns Argentina Café and Empanada Factory with his wife, Greisy. He began feeling symptoms that just wouldn’t go away. When Greisy took Andres to the ER, the former professional soccer player couldn’t even walk 10 steps.

“Just thinking of losing him ... oh my God, terrifying,” she said.

She was home with their two kids and wasn't allowed to visit him. It was especially tough for Greisy because she was vaccinated and had been asking Andres to get the vaccine with her. She also tested positive, but only experienced mild symptoms.

“Both my husband and I are perfect examples of what the vaccine does. I was vaccinated. I did not end up in the hospital,” she said.

Andres said he was hesitant to get the vaccine because of misinformation about its long-term effects on people in the Hispanic/Latino community, which according to Harris County Public Health, accounts for roughly 36.5% of total cases within their jurisdiction. According to Harris County’s public health department, 44% of the Hispanic/Latino population has received at least their first dose of the vaccine, compared to 53.6% of the total population within their jurisdiction.

Andres’ doctor, Luis Ostrosky, said it’s important to get the facts out there.

“Your probability of ending up in a hospital or dying if you’re fully vaccinated against COVID is less than .004%,” Ostrosky said.

His message to those people who are unvaccinated is simple: “Help us help you. This is a message to Houston.”

And for Andres, he hopes others will use his story as an example and get the vaccine.

According to Memorial Hermann, 99% of COVID patients in their hospitals are unvaccinated.