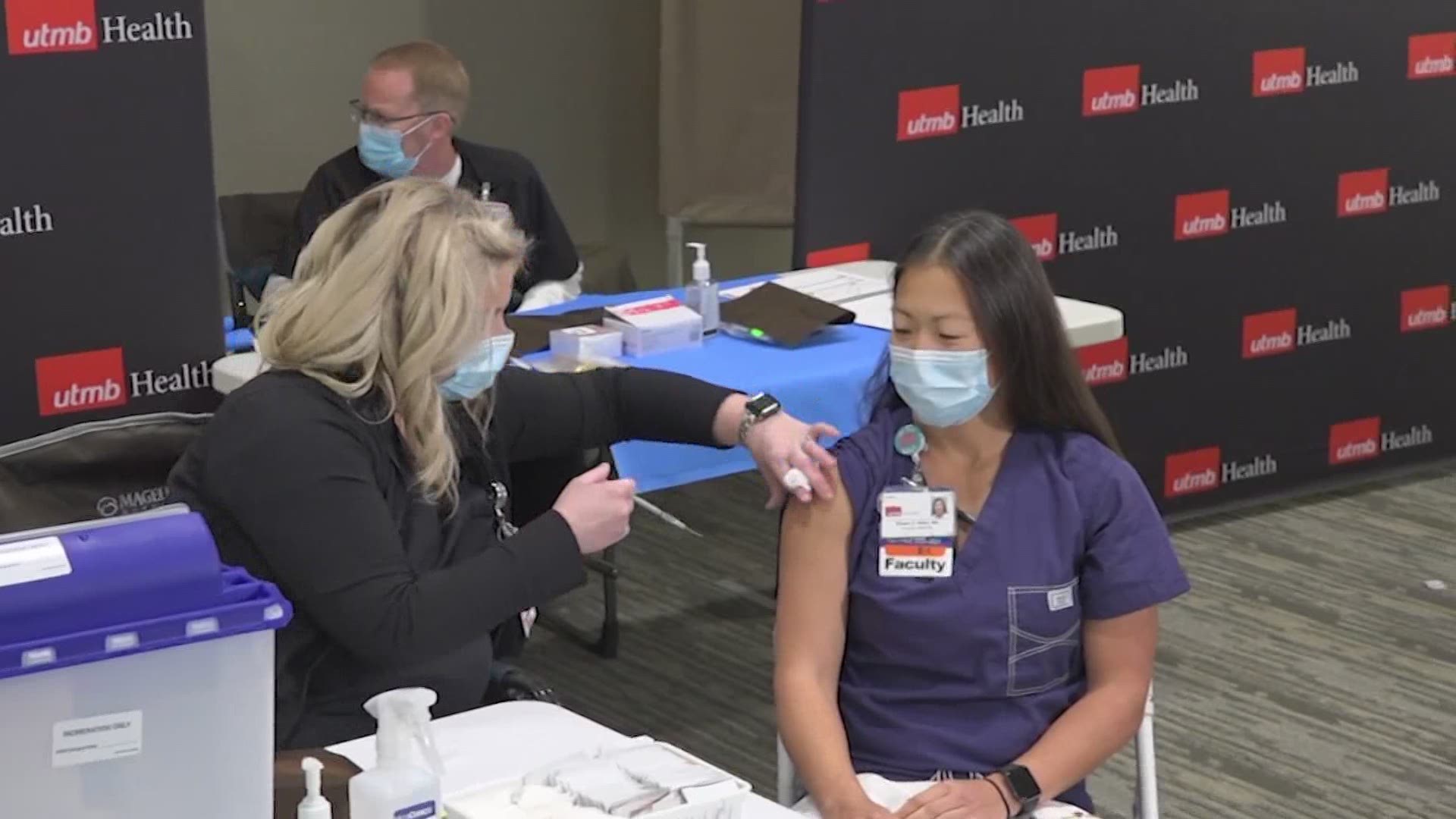 GALVESTON COUNTY, Texas — Officials in local suburban counties are pushing the state for more COVID-19 vaccine doses after they said they were left out of the state’s new hub distribution plan.

This week, the state is sending nearly 159,000 vaccine doses to 28 large vaccination hubs. It’s a new process designed to make it easier for more people to get the shots. All three Houston-area hubs are in Harris County. While Texans can get a vaccine outside of the county they live in, a lack of transportation and work schedules make that tough for a lot of people.

RELATED: LIST: COVID-19 vaccines being delivered to Houston-area counties | How to get vaccinated

Fort Bend County’s health director said it’s frustrating to not be getting the supply they need. She said she’s letting the state know every day that the county has the equipment, several sites and staff members who are ready to administer the vaccine.

“If you recall April or May of last year, we were going through the same phase when it comes to testing because we had money to buy the testing but it was not available,” Fort Bend County Judge KP George said.

Nearly one month after receiving its first COVID-19 vaccine doses, UTMB in Galveston said it will run out of its first doses by Wednesday. They said it's a result of the state's new distribution plan.

The lack of vaccine doses has forced them to reschedule more than 6,100 first-dose appointments for employees and patients.

Dr. Philip Keiser said neither the Galveston County Health District nor UTMB got new allocations of the vaccine.

"We're just going to be giving people second doses for the foreseeable future," Keiser said. "We don't know when we're going to be able to start up and start getting new people in because the state has not given us any vaccine and they're not telling us if or when we will get any."

"We even had plans to have a combined effort between the health district and UTMB to reach out to get as many people as possible as we could. We've had lots of people offer us space in which to do it," Keiser said.

Gov. Greg Abbott said the vaccine supply is totally up to the federal government. He expects the weekly number of first doses to increase. He said he understands the frustration from the suburban counties.

A spokesperson with the state's health department said: "Due to the limited supply of vaccine for this week, the focus was on is larger population centers and more remote places that wouldn’t have nearby access. We expect there to be more vaccine available next week and more hub locations, particularly in suburban and less populous areas. However, there will still not be enough vaccine to match the demand, so we’re asking people and providers to be patient as the state receives additional doses from the federal government every week."