By the numbers: What percent of the population is vaccinated for COVID-19 by county

In Fort Bend County, 62 percent of the 12 and up population is fully vaccinated, while 31 percent is immunized in Liberty County. 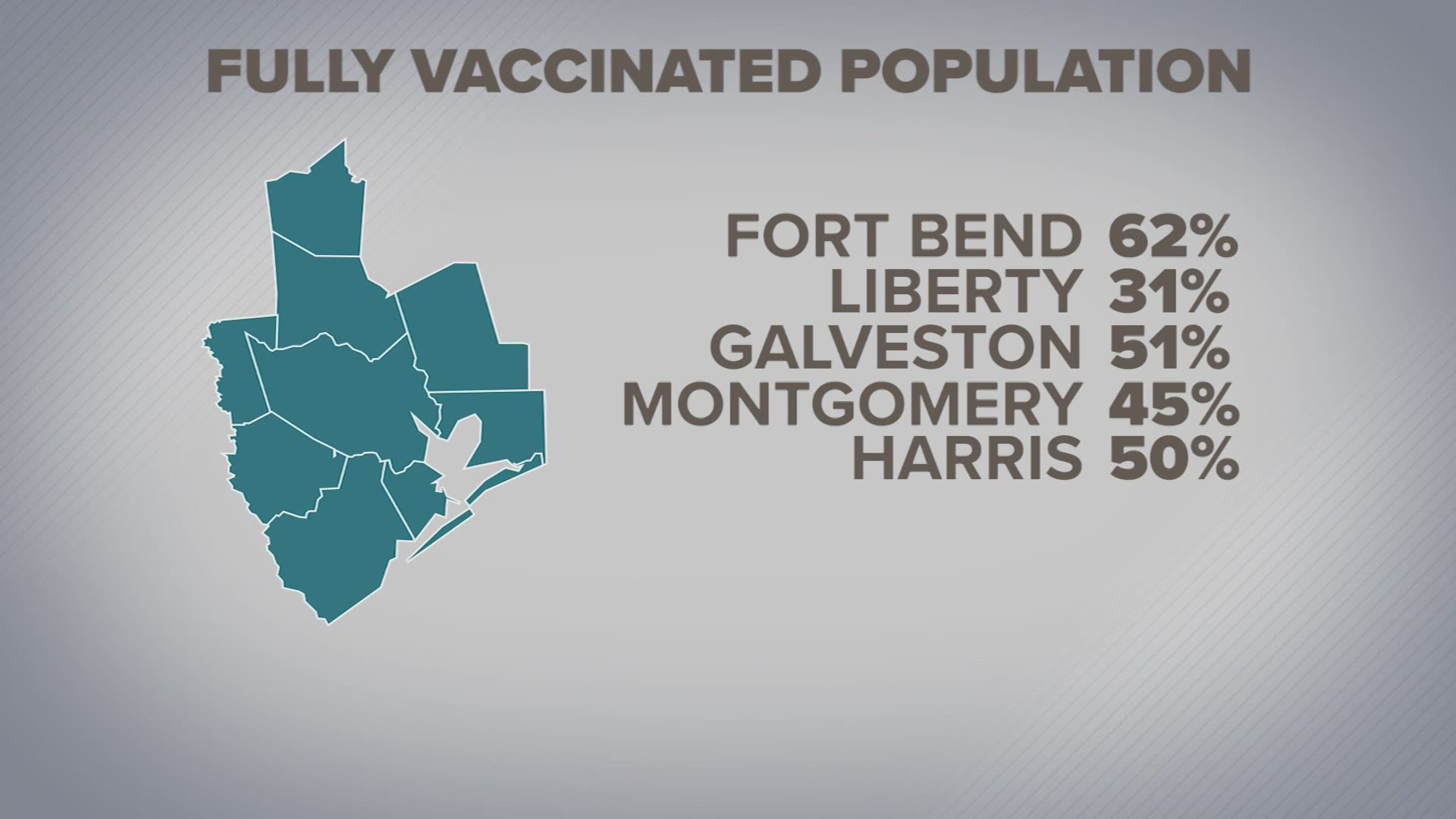 HOUSTON — Health officials are concerned the delta variant will cause new COVID-19 outbreaks, especially in states where vaccination rates are lowest.

The CDC says 54 percent of the eligible population in the U.S. is immunized, which includes everyone 12 years old and older.

In the northeast, more than 70 percent of adults are fully vaccinated in states like Vermont, Massachusetts and Connecticut.

The differences in vaccination rates are just as wide among counties in the Houston area. Numbers are highest in Fort Bend County, where 62 percent of the 12 and up population is fully vaccinated, while 31 percent is immunized in Liberty County. Harris County just hit 50 percent Tuesday.

"We still have low rates of vaccination, particularly on the eastern sides of the county," Rivera said.

She says there’s a big drop off in people under 30 getting the shots, which is a trend happening across the country. Health officials say young people are also most impacted by the Delta variant right now.