Archdiocese of St. Louis says J&J vaccine 'should be avoided if alternatives are available' 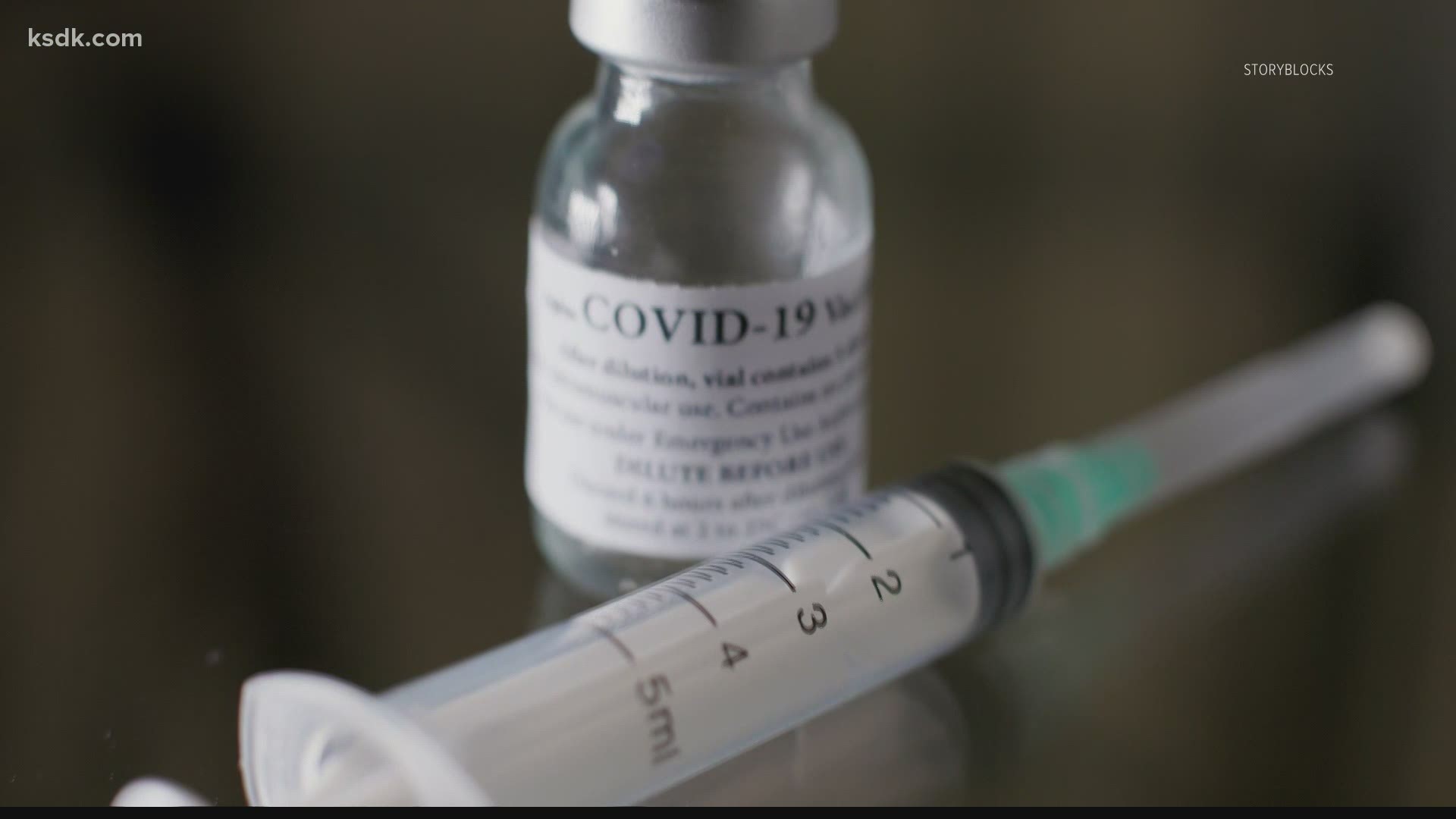 ST. LOUIS — The Archdiocese of St. Louis called the Johnson & Johnson coronavirus vaccine "morally compromised" due to its use of a cell line derived from an aborted fetus, but said Catholics should take the vaccine if no others are available.

The Archdiocese of St. Louis echoed the message from the United States Conference of Catholic Bishops’ Committee on Pro-Life Activities, saying the Johnson & Johnson vaccine "should be avoided if there are alternatives (like Pfizer or Moderna) available.”

The statement said Catholics who are only offered the Johnson & Johnson vaccine can get the shot "in good conscience."

Scientists use fetal cell lines because they replicate rapidly outside the human body.

Growing the adenovirus to produce the vaccine requires cells. Experts say that by the time the adenovirus goes in the vial, the cells from the fetal cell lines have been rigorously filtered out.

Fetal cell lines have a long history. For the lines involved in the COVID-19 vaccines, they started with two aborted fetuses in 1973 and 1985. A researcher in the Netherlands obtained these cells, Dr. William Moss — executive director of the International Vaccine Access Center — told 5 On Your Side. Today, researchers are unsure of the circumstances surrounding the abortions.

The Archdiocese of St. Louis' full statement on the Johnson & Johnson vaccine, sent from Archbishop Joseph Naumann, is as follows:

ST. LOUIS – Following the U.S. FDA’s authorization of the Johnson & Johnson vaccine, as with all vaccines, Archbishop Rozanski and the Archdiocese of St. Louis encourage Catholics to examine the moral and ethical concerns surrounding the decision to receive this vaccination. Catholics who appropriately question the morality of accepting the Johnson & Johnson vaccine may receive the inoculation in good conscience if no other alternative is available.

Much like the AstraZeneca vaccine, a cell line derived from an aborted child seems to have been used in the development and production of the Johnson & Johnson vaccine, making it morally compromised. In regards to the AstraZeneca vaccine, Archbishop Joseph Naumann, Chairman of the United States Conference of Catholic Bishops’ Committee on Pro-Life Activities says the “vaccine should be avoided if there are alternatives (like Pfizer or Moderna) available.” This applies to the Johnson & Johnson vaccine as well.

As some Catholics may face a situation in which they are only offered the choice of the Johnson & Johnson inoculation, this should not prevent Catholics from getting vaccinated. As the bishops of Missouri have previously stated, Catholics may in good conscience utilize vaccines, even those derived in an unethical manner, in order to protect themselves, as well as to avoid the serious risk to vulnerable persons and to society as a whole resulting from remaining unvaccinated.

Vaccines for COVID-19 should be safe, effective, and developed, produced, and distributed in an ethically acceptable manner.

More information is available in the latest quarterly Messenger publication of the Missouri Catholic Conference and in Archbishop Naumann’s USCCB statement found here.

“Being vaccinated safely against COVID-19 should be considered an act of love of our neighbor and part of our moral responsibility for the common good.”