2nd vaccine shot confusion: What you need to know so you don't miss that second appointment

Many health departments and other vaccine providers are handling the scheduling of the second shot differently. Here's what you need to know. 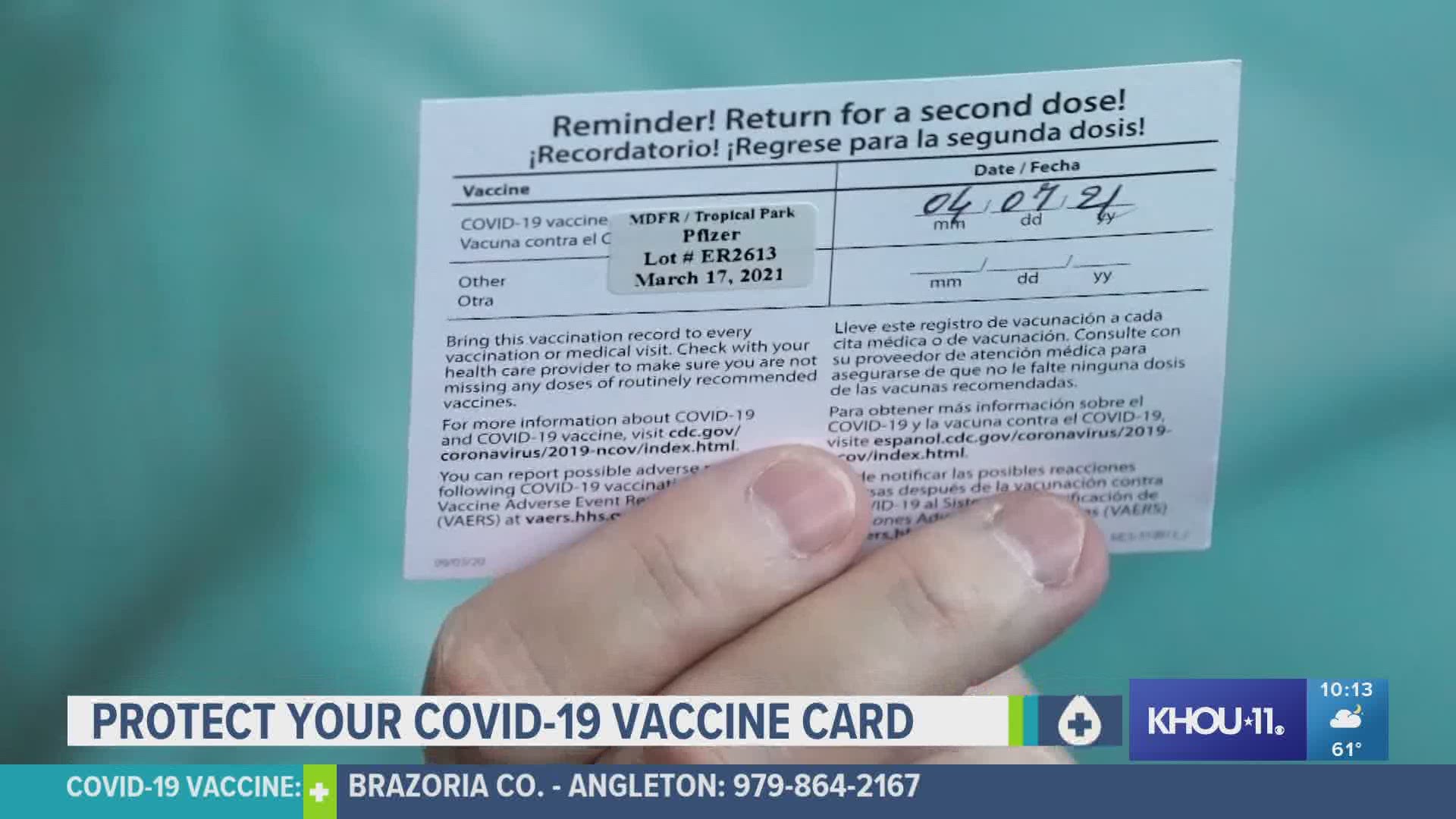 HOUSTON — As more people get vaccinated for the coronavirus, some people are running into trouble getting their second shot.

Note: The video in this story reports on why you should keep that COVID-19 vaccination card in a safe place

Most people who get one of the two-shot vaccines, Pfizer or Moderna, are told that they need to get a second shot. For Pfizer, it’s three weeks — Moderna’s second shot is recommended at four weeks. (Johnson & Johnson, while less effective but still protective, only requires one shot.)

LINKS: Find a COVID-19 vaccine waitlist near you in the Houston area

Getting that second shot: what you need to know

With so many different vaccine providers, from hospitals to clinics and public health departments, know that how the second shot is scheduled can vary by provider. And either way, if you're waiting for your first dose or second dose, you should always closely monitor your phone and email for any critical messages about your upcoming appointment.

Some will schedule second shot on the spot

Some, like the city of Houston, could schedule that second shot later on

Others, however, will tell you the date that you should get your second vaccine shot — but that appointment time and location are not immediately confirmed.

On Wednesday morning, some residents told KHOU 11 they had relatives who went to the city of Houston’s vaccination spot at Delmar Stadium looking for their second appointment. And they weren’t alone — they told us there were about 50 cars there with people looking to get that second dose.

Porfirio Villarreal with the City of Houston Health Department says the Delmar vaccination site was closed on Wednesday. Sometimes, the second shot will be given at a facility different from the first.

Closely monitor your phone and emails for vaccination appointment notifications

Villarreal tells KHOU 11 that how you schedule and confirm that second vaccination dose can depend on how you booked the first. Residents should get an “invite” from the city to formally schedule that second appointment — it could be by email or phone, depending on how the first appointment was booked.

Back at Delmar on Wednesday, residents say there were frustrated with the misunderstanding. They claim the instructions were unclear at the time they got the first shot, and they were not warned about getting a message for that follow-up appointment.

Those individuals are now reaching out to the city of Houston by phone, but wait times can vary from two to three hours.

Also watch: What to know as Texas expands COVID vaccine eligibility to all adults