More than 2 million COVID-19 vaccinations have been given in Texas, but there's a long way to go to get shots in the arms of everyone in groups 1a and 1b. 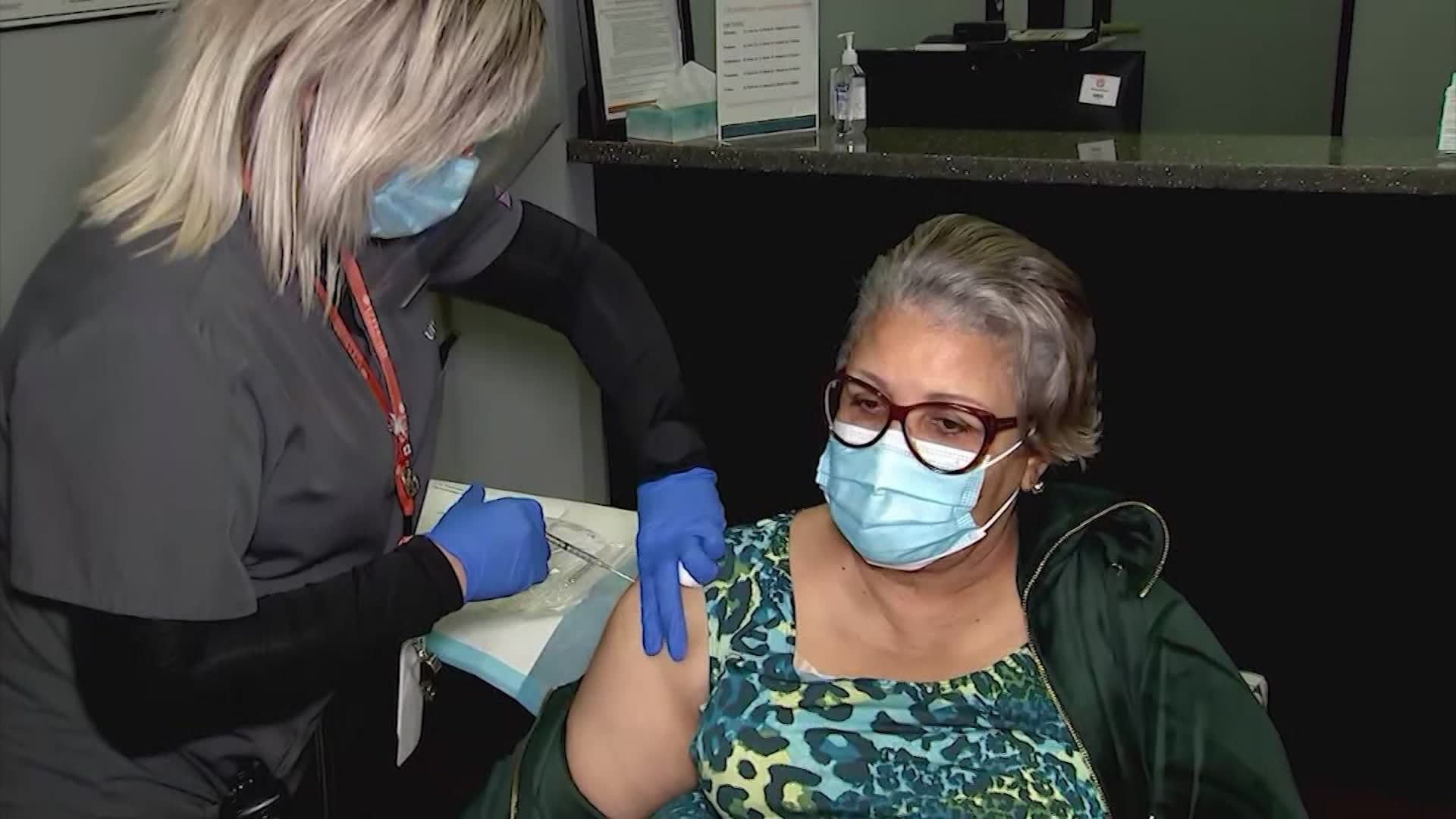 AUSTIN, Texas — More than 1.7 million Texans have received at least one dose of the COVID-19 vaccine and more than 350,000 have gotten both shots. But that’s a drop in the bucket in a state creeping up on 30 million people.

“Texas has a strong start, but has a long way to go,” Imelda Garcia with the Texas Department of State Health Services said Tuesday. “There’s still a lot of need out there, and not enough vaccine for everyone.”

Garcia said the biggest issue is the supply of doses being allocated by the CDC.

“We’re not satisfied with the supply that we’re getting and so we continue to push in that regard,” Garcia said. “We’ll continue to fight to get more vaccines to Texas.”

Records show 1 in 6 Texans in the most vulnerable group of age 65 and older has been vaccinated. The number drops to 1 in 13 for eligible Texans ages 16 and older.

Garcia said the DSHS is working to get more vaccinations to Black and Brown Texans -- populations hit hardest by the COVID-19 virus.

That was one of the main goals of the state's 28 vaccination hubs. Those sites are guaranteed a set minimum doses each week, but some have gone to waste.

"They need to burn through it within those 5 to 7 days," Garcia said "And make sure that they serve diverse & hard hit populations."

Garcia said they’re working with experts and following data as they decide where those hubs are most needed each week.

She believes race and ethnicity should be included on all vaccine applications to help track those numbers, as well.

#COVID19TX Update: Texans are starting to slow the spread again. Hospitalizations are still dangerously high and Texas must avoid a surge in cases.

The Texas Department of State Health Services has been seeing an increase in doses delivered each week. But since they never know in advance what they’ll get, planning ahead is difficult.

Some good news: suburban areas will get a boost of extra doses next week because the state over-estimated the number of vaccines needed for long-term care residents.

Today Texas set a new daily record for vaccinations—more than 133,000.

AND, just 2 weeks ago Texas was the 1st state to give more than 1 million vaccines.

The numbers will continue to increase.

As of Wednesday, Texas has had over 2 million cases of COVID-19.