Since the COVID-19 pandemic began, the airline has flown 100 repatriation flights to bring back nearly 16,000 Americans. 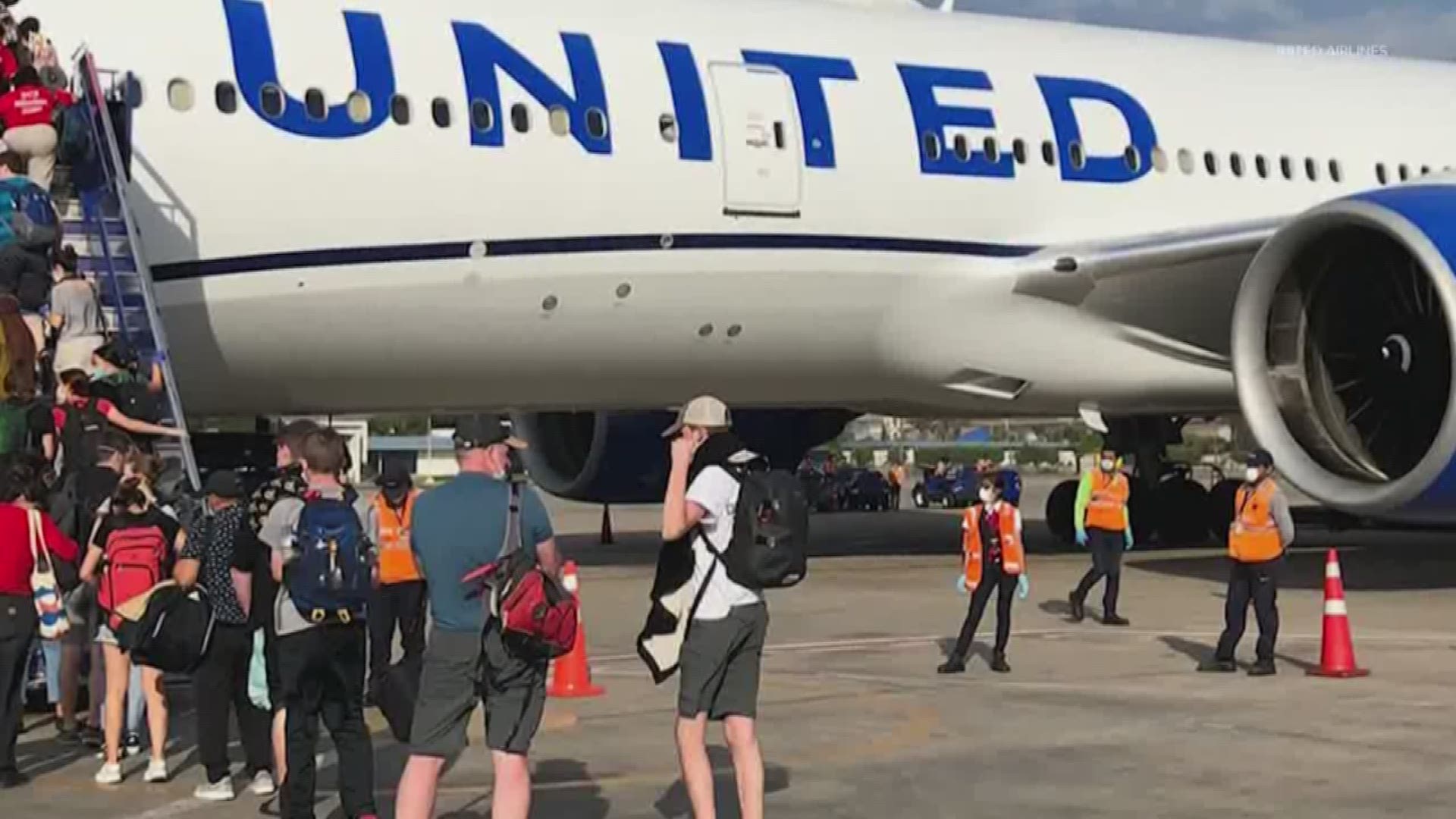 HOUSTON — The airline industry continues to be hit hard by the COVID-19 pandemic.

Houston is one of United Airlines major U.S. hubs and the airline has had to slash flight schedules. Still, its pilots are finding a way to give back during the crisis by bringing home stranded Americans.

"These people were stuck out not knowing when they would be able to come back," said United Captain Scott Prichard.

Prichard was in the cockpit for half a dozen repatriation flights. He volunteered to help.

"It's something I wanted to do," said Prichard. "I thought what if this was my family that was stuck. It was an honor to fly those passengers back."

And he's not the only one. Since the pandemic began, United has flown 100 repatriation flights to 13 cities in eight countries and brought back nearly 16,000 passengers.

"It's a job that needs to be done and we're there to do it," said Prichard.

Many of those stranded passengers landed in Houston. Prichard says it was evident how much it meant to be back on U.S. soil.

"They were so thankful," said Prichard. "When they saw the aircraft landed and when we pulled up to the gate, the look on their faces knowing they were head home. Just relief."

The airline workers that gave thousands of passengers hope are still facing worries of their own.

"It's a lot of uncertainty," said Prichard.

Their industry is crippled by a virus keeping passengers and too many aircraft grounded. They just want to fly; whether its shuttling stranded Americans, medical supplies or doctors and nurses, Prichard says it's their way to help during the crisis.

"It's different not flying passengers," said Prichard. "But it's good to be up in the air. It takes the stress away. We all love to fly. Once you're up in the air all that stuff goes away. We just want to do what we love to do day in and day out and that's fly airplanes."