The Texas Workforce Commission is getting help from the Texas Senate. The commission has received millions of phone calls since the start of the COVID-19 crisis. 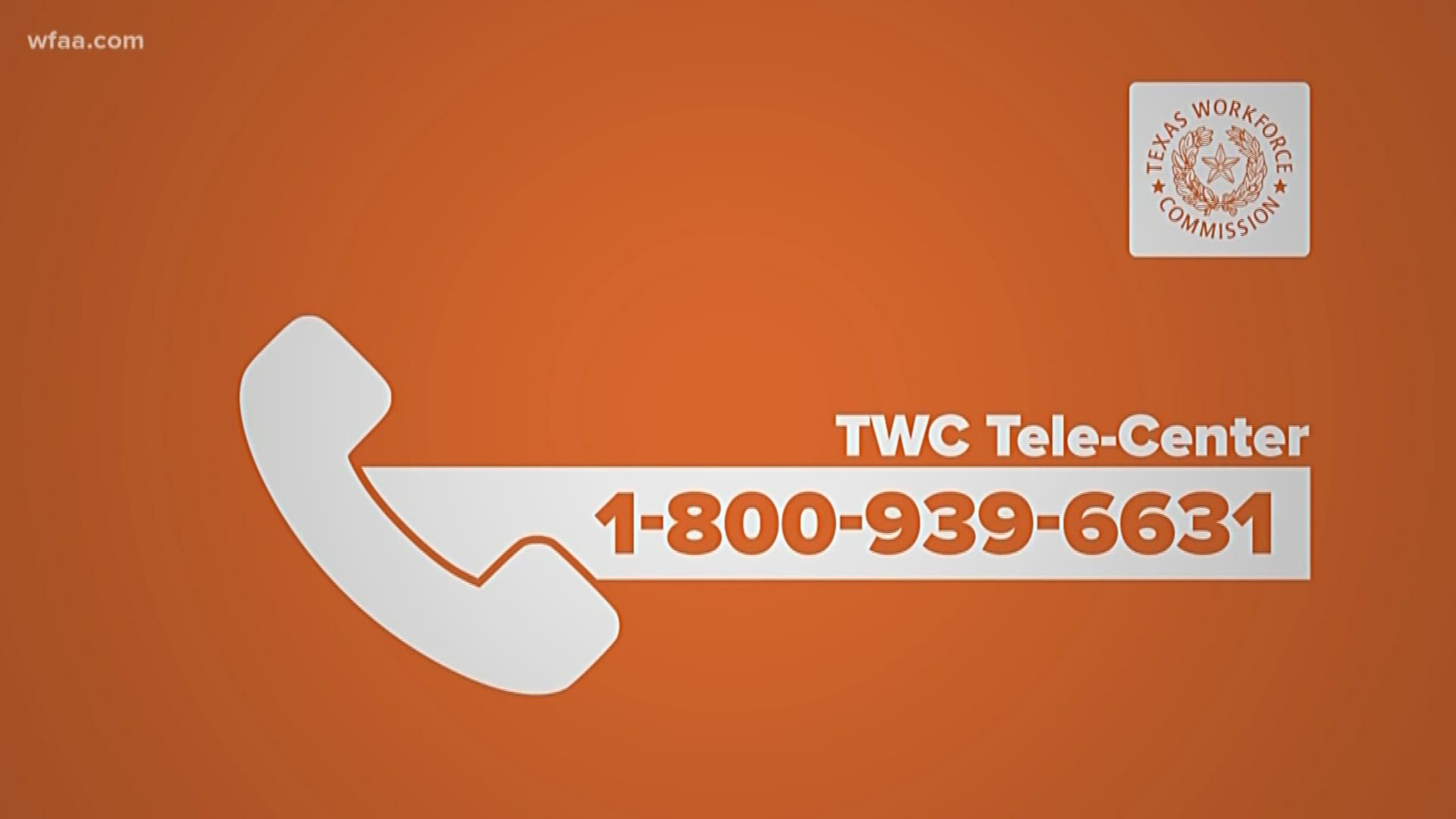 Texas Senate members of both parties are stepping up to assist the overwhelmed Texas Workforce Commission. Lieutenant Governor Dan Patrick’s office announced today that nearly 200 members of his team will begin training with the TWC as early as Thursday, April 9.

“My office contacted the TWC first thing Monday morning, who welcomed our help. Senators agreed to allow their staff members to volunteer at the TWC. As of noon today, almost 200 senate staffers, as well as staffers in my office, have volunteered.” Patrick’s office said in a statement.

Over the past three weeks, the TWC has processed more than 700,000 unemployment claims -- more claims than all of last year. TWC tells WFAA that between 50,000 and 70,000 Texans have been successfully filing for unemployment benefits online each day. Overnight hours are the best way to avoid a website crash.

What's going on with the phone lines?

Cisco Gamez, a spokesman for the Texas Workforce Commission said last week there were days that the TWC received over 1.5 million calls a day and that their system just wasn’t ready for a surge that large. On two days last week, TWC says they received 3 million calls each day. Previously, the record for the most calls was 60,000 in a day.

Many Texans have been told on the website that you have to actually talk to a representative. Easier said than done, for sure. A lot of people are calling hundreds of times a day -- and have been unable to get through.

Two new call centers came online Monday and they're working on a third call center. It's unclear how those additional call centers have made an impact on the call volume.

As of Tuesday, TWC estimates it has about 1,500 call takers who are working expanded hours and days to handle the deluge. The agency is considering bringing in other state agencies to help and they might expand calling hours and days.

Even with these expansions, the phone operators at the workforce commission are only able to sign up 3,000 to 3,500 people each day. Considering the current backlog and the fact that more Texans are still losing their jobs, catching up with the call-in demand could be a challenge.

Many Texans want to know when you might see that extra $600 per week in federal unemployment benefits that were recently made available by the federal CARES Act. TWC says it has been getting clarification on the rules for those benefits and has been incorporating those rules into the state's system.

TWC tells WFAA that they hope to begin automatically scanning and reviewing everyone in the system by April 12 to determine whether a person is eligible for the additional federal unemployment payments.

If you are already in TWC's system, you do not need to call or go online or do anything else to apply for the $600 weekly federal payments. If you are not in TWC's system, if you file for unemployment with TWC, you will also be automatically considered for the additional federal benefits.

After April 12, the TWC will begin letting people know by mail or by email whether they qualify for federal unemployment payments.

The federal benefits also add extra weeks of unemployment pay. That’s a big deal if your benefits have run out or are about to run out. Texas Workforce Commission doesn't have those rules yet on the extended weeks. It's unclear when the rules will be loaded into their system.

If you are applying for unemployment benefits, read through our FAQ to help navigate the system.