Undocumented immigrants behind on their rent are self-evicting across Texas

Without money to pay rent, facing pressures from landlords and afraid of courts, people without legal immigration status have limited options. 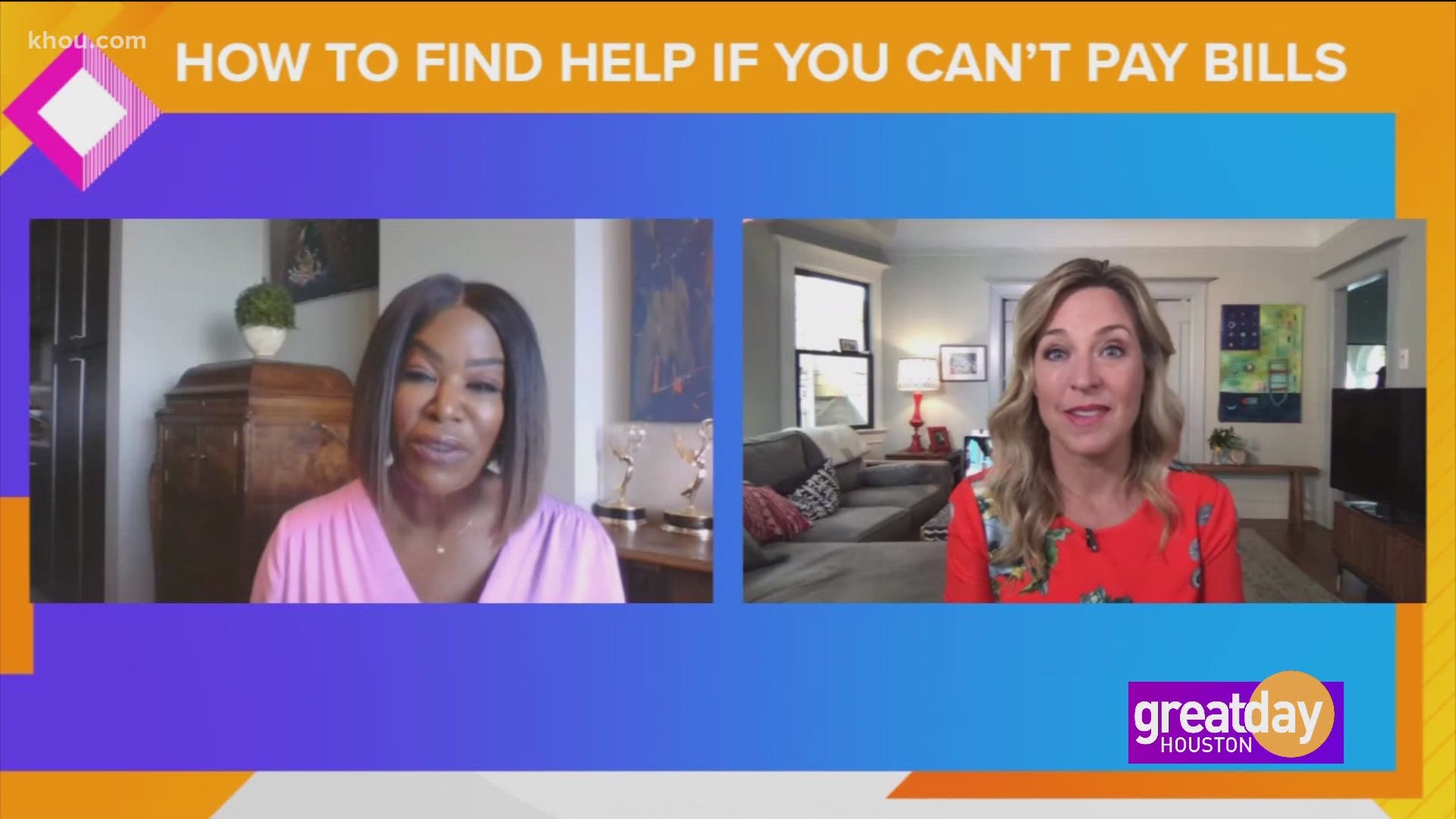 (The Texas Tribune) — The coronavirus pandemic pushed María and her family from a small two-bedroom apartment in southeast Houston into homelessness in less than a month. Her boss cut her hours in a clothing warehouse in mid-March as business slowed. Without enough money to pay rent, she packed her belongings and found another place to live even though there was a statewide moratorium on evictions.

Editor's note: the video included with this story is from a July 2020 KHOU 11 broadcast about how to get help with paying the bills during the pandemic

“When I couldn’t find how to pay, I just had to leave,” said María, 47, who is an undocumented immigrant. “I didn’t want to be in debt, and I couldn’t go to court.”

María asked that she be identified by a pseudonym out of fear that immigration authorities could seek to deport her.

On paper, an undocumented tenant has the same rights as anyone else during the eviction process. But housing attorneys and tenant and immigration advocates say undocumented immigrants are frequently hesitant to exercise those options. Their fear of the legal system and lack of access to government-funded financial help prompt many to self-evict, or prematurely leave the property. And as a result, many turn to a network of nonprofits and religious organizations accustomed to helping vulnerable people who keep the Texas economy humming. But those groups say their ability to assist is being stressed by the many people who were swiftly left without work due to the coronavirus pandemic's economic wallop.

Zoe Middleton is the Houston and Southeast Texas co-director at Texas Housers, an affordable-housing advocacy group. She said that because Immigration and Customs Enforcement agents are allowed in courthouses, undocumented renters avoid going inside these buildings out of fear of being deported. There have been cases in Texas in which undocumented immigrants were arrested in courthouses while appearing for cases unrelated to immigration.

“I think the fear that concerns most of the undocumented tenants that I’ve spoken to is that somehow the [eviction judges] will collude with ICE or that their documentation status will be used against them by their landlord even if they try to remain on the property,” she said. “So they choose to leave the property so they don’t risk detention and deportation.”

Many renters in Texas found temporary relief in eviction moratoriums, federal pandemic relief payments, unemployment checks and rental assistance programs. Undocumented migrants, though, either don’t qualify for such aid or are afraid that merely seeking it will alert immigration authorities to their presence in a country whose president has called some immigrants “animals,” makes racist remarks and consistently tries to create barriers for migrants.

In many of Texas’ largest counties, evictions in June were lower than they were for the same month last year. In Harris County, where María lives, eviction filings were down about 67%. Local moratoriums, rent assistance programs and other government aid have helped renters stay afloat for the time being. Still, housing advocates forecast a historical increase in evictions statewide due to the unprecedented unemployment COVID-19 swiftly spurred.

But tenants who decide to leave a home on their own, or self-evict, many times don’t even get to the point at which an eviction is filed, so there’s no record of how many people, like María, pursue this route.

“When it comes to eviction, a verbal threat of eviction or lock-out may result in an undocumented person packing up and leaving immediately,” said Sandy Rollins, executive director of the Texas Tenants’ Union, a housing advocacy group. “This could be due to the lack of understanding of their rights, but it could also be from fear of engaging with courts in order to stand up for their rights.”

Linley Boone-Almaguer, an attorney with the nonprofit Texas RioGrande Legal Aid, said that widespread job loss has compounded tenants’ anxieties during the eviction process. And immigrants have been more affected by this year’s historic unemployment than U.S.-born workers, according to an analysis by the Pew Research Center.

“There’s a lot of home health care aides. There’s a lot of people like certified nursing assistants, housekeepers, day cares, people — both documented and undocumented — that work in the service industry,” Boone-Almaguer said. “And so many of those people lost their jobs completely or lost hours, or they work at the flea market selling things, so there’s so many jobs like that, where people lost their very, already very limited income. And so you have seen evictions spiking during the COVID period.”

In these cases, many undocumented immigrants rely on their community and avoid seeking assistance from the government or nonprofits. But if they do reach out for benefits like rent assistance, they face language barriers.

“When they want to ask for help from a nonprofit, and the staff only speaks English, they feel intimidated and don’t want to go on,” said Adriana Godines, a volunteer for Dallas Area Interfaith, a community group made up of religious congregations, schools and other nonprofits. “Even if I tell them that there will be no problem and they won’t ask for your Social Security, they prefer not to [ask for help].”

And even people who go to the justice of the peace courts, where eviction cases are heard, face similar hurdles.

Many undocumented people have been counting on their families, friends and churches.

Godines has seen homes with 12 people living together as people who self-evict move in with loved ones.

Godines has worked with families searching for rental assistance, and she said that funds are running low among nonprofit organizations that are allowed to serve undocumented immigrants.

“We want to do more, but we don’t have more resources,” Godines said. “But the little that we have in this community, we give it.”

Auxiliary Bishop Greg Kelly of the Catholic Diocese of Dallas explained that many priests and churchgoers have pooled together resources to pay for rent and food for undocumented migrants. But he, too, worries how long such resources will last.

“I don’t think we know yet how serious this is or how long it will last. When the city assistance program opened, the help available was overwhelmed in the first couple of hours,” Kelly said. “It could be a very lengthy situation. There’s so much uncertainty.”

As María was planning to move out, she heard that a Christian pastor nearby was willing to let her live in a small apartment in the back of his church. She let her kids sleep on the king-sized bed there, and she took a small couch. They had to share the kitchen with the church staff and churchgoers.

“Sometimes we wouldn’t eat until everyone left the church,” María said.

She was grateful, but also sometimes uncomfortable.

“My way of thanking them was cleaning the church,” she said.

After almost three months there, she was asked to leave. A relative of the pastor was also having trouble paying rent and was going to use the apartment. María told the pastor not to worry, that she was going to find a solution.

“Even before the pandemic, things were tough in our community,” said Josephine Lee, an organizer with the workers’ group El Pueblo Primero, which has been trying to help María. “People were living check to check. This pandemic basically made it where it was completely unbearable. People call us saying that most of them haven’t paid a month [of rent], but half of those haven’t paid for two or more months.”

After having her working hours cut, María decided to self-evict. Undocumented immigrants, such as María, are frequently afraid of the legal system.  Pu Ying Huang for The Texas Tribune

María now lives apart from her family, though she still regularly sees her kids, who moved in with her ex-husband. She has been staying with a friend, trying to save some money to find a new place. But jobs are still hard to come by.

She has managed to pick up work cleaning homes here and there, but not much more than that. And finding financial help is out of the question: Undocumented workers are not eligible for stimulus checks, and they can’t apply for unemployment benefits.

“I don’t have papers, but I file my taxes every year,” said María, who uses an Individual Taxpayer Identification Number provided by the Internal Revenue Service, as do many other undocumented workers who don’t have Social Security numbers.

According to the IRS, ITIN users paid more than $23.6 billion in taxes in 2015. In Texas, undocumented immigrants contributed $1.5 billion in local and state taxes, a 2017 study found.

María’s older daughter, who is a citizen and lost her job at a mall, applied for state unemployment benefits.

“But she tried and tried, and the website never worked,” María said. “If that would have worked out, we might have been fine.”

In Houston, María has appreciated the help from her community, but she said she’s also ready to work. She hoped to get back to work at the clothing warehouse this week, but she never heard back from her former boss. Now she’s applying to work in a plastics factory. Her goal is to save up for a car, to be able to access more jobs, and to have a steady paycheck to get a new home.

“Now I don’t have furniture, I don’t have beds to sleep. We only have clothes and our personal stuff,” she said. “But at the end, that’s not the most important. What you really want is a place to be quiet, no matter if you have to sleep or eat on the floor. The important thing is to have a place of peace, to be with your kids.”

This story originally appeared in The Texas Tribune on July 22, 2020