Astros fans across the city are mourning the loss of two fans who died due to COVID-19. Family members hope they're remembered for their energetic personality. 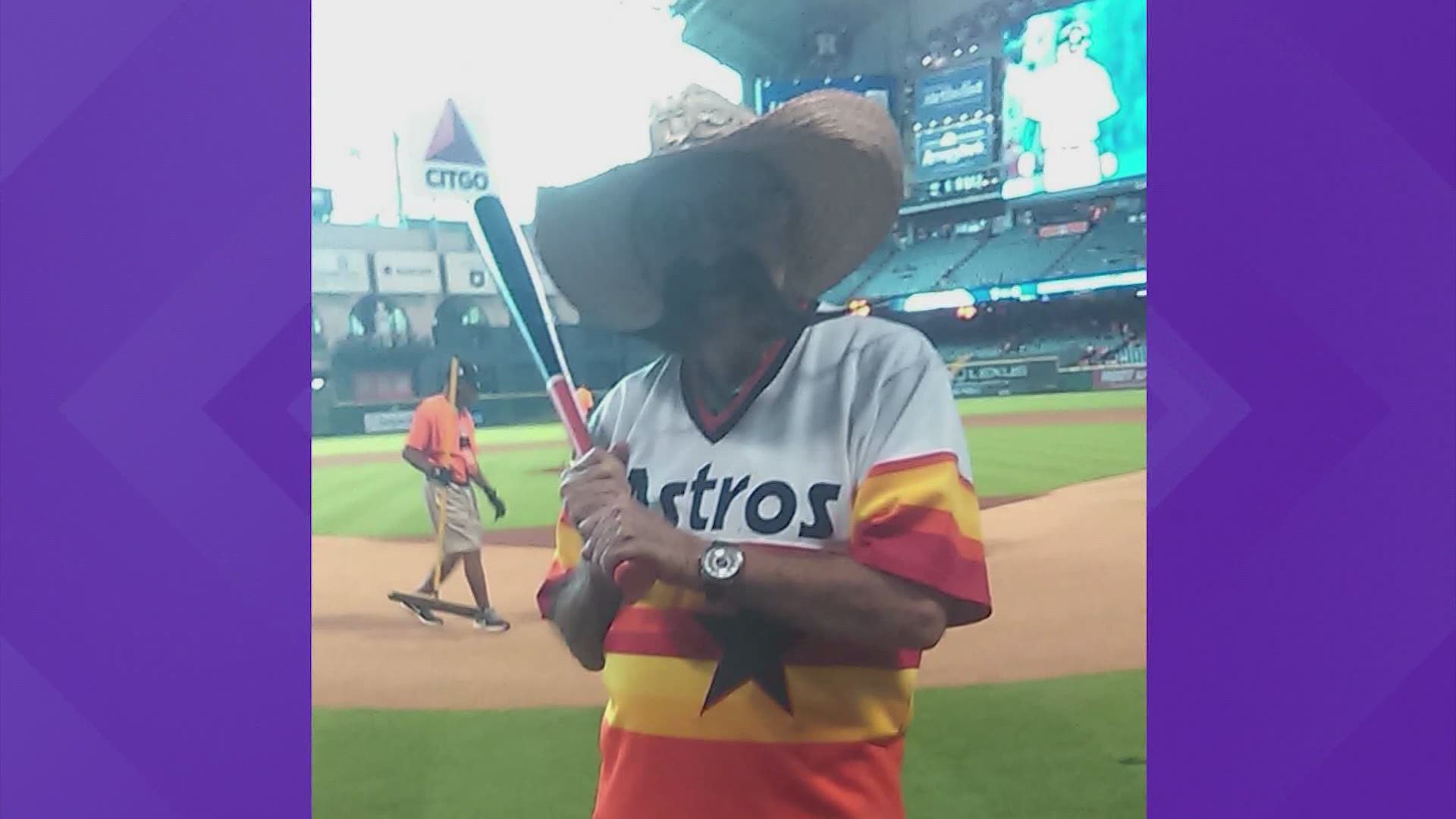 HOUSTON — Houston Astros fans are mourning the loss of two super fans that have died due to COVID. They were known for their big smiles and even bigger personalities.

Dave Rojas, 54, loved anything that had to do with H-Town, but he had a special love for the Astros. He even helped create a fan group for them.

"That was a group that he and two other David's created. That Big Hat Posse was created, and they ran with it," Hilary Ramirez, Rojas’ niece, said.

But sadly, Rojas was battling cancer and in December he contracted COVID-19. He was taken to the hospital and put on a ventilator. His nieces tell us he died on Jan. 8.

Rojas was buried Tuesday with his Big Hat Posse by his side. He also took with him his Astros World Series replica ring.

But sadly, Houston is mourning the loss of another huge fan, 81-year old Valentin Jalomo.

"He loved baseball that was his favorite sport," Jazmin Gutierrez, Jalomo's granddaughter, said.

Jalomo was a fan right off the bat. His family says he was a perfect attendance season ticket holder since the 90’s. He was known by many for his charismatic personality his big smile and of course that unforgettable mustache.

"I knew he was going to get stopped 10 times before we could get to where he stands. People would stop him and then they would want to chit chat and photo," Gutierrez said.

Family members tell us Jalomo tested positive for COVID-19 at the beginning of January and was admitted to the hospital shortly after.

Astros star Alex Bregman even sent him a get-well video.

"I'm growing a mustache in your honor," Bregman said.

But sadly, Jalomo died just a few hours later. Now family members hope that he’s remembered for his heart that they say was even bigger than his mustache.

"He told us before he left, he didn’t want anyone to cry. He wanted to be celebrated," Gutierrez said.