'Why did it take him out?' | Twin brothers catch COVID-19, but only one survives

“I just ask myself, ‘How can we have the same DNA, have the same health problems? Why did it take him out?’ I have a hard time comprehending that today.” 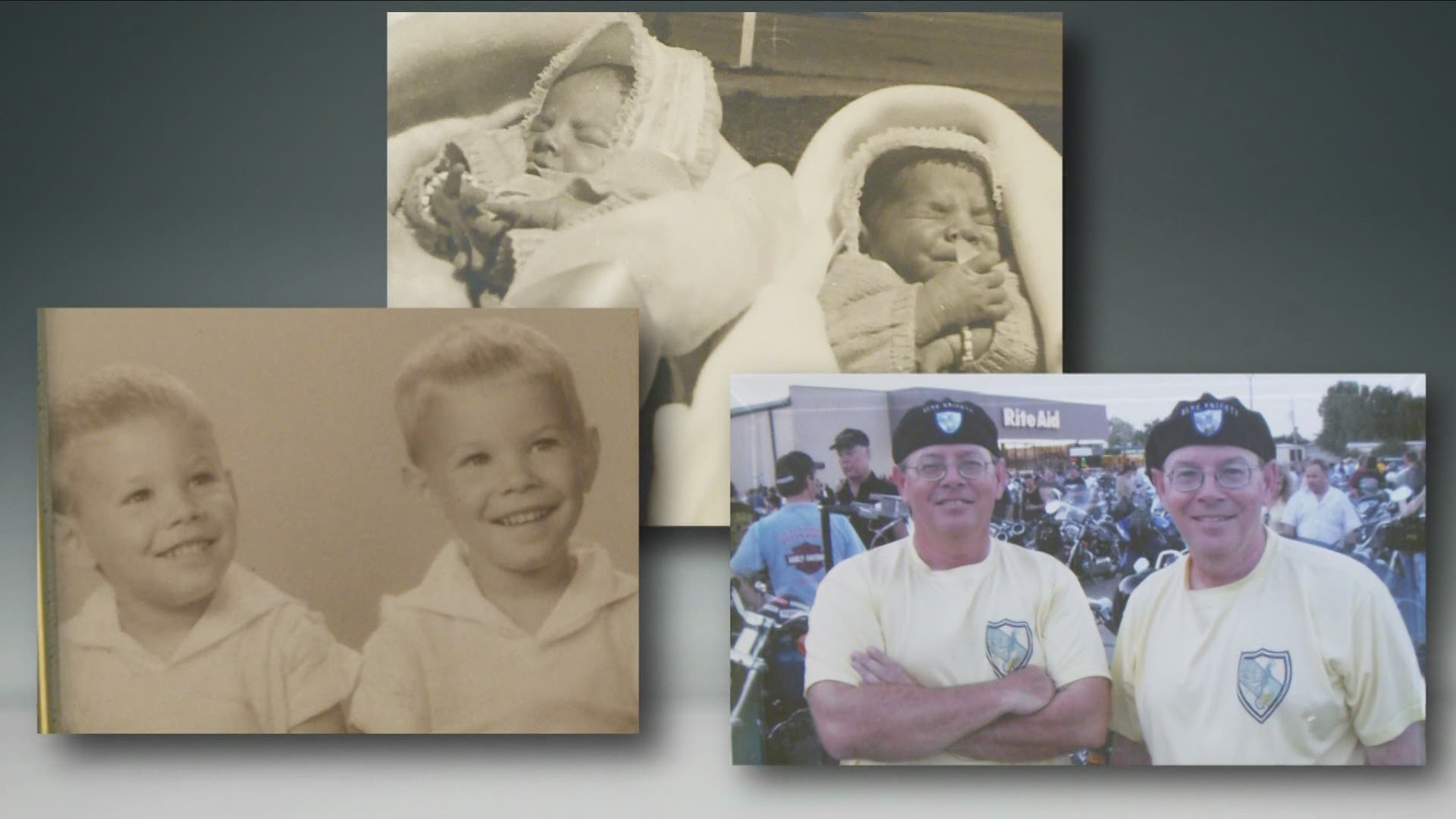 KENNER, La. — You always hear stories about identical twins who finish each other's sentences and even show up at an event in the same clothes, even though it's unplanned.

That describes the Bordelon twins from Kenner.

But during the pandemic, they shared the heartbreak so many other families can understand.

Identical twins Keith and Kirk Bordelon have been inseparable since birth.

“We ran what was called a dual quarterback system, the only time it was ever run in junior high school,” Keith Bordelon laughs.

“I was dating his wife and he was dating my wife. About a month before the end of school, we switched,” he said about their dates to the Kennedy High School prom. “Both names are Pam. Wait a minute, and both of them are teachers.”

So it was only natural that they ran a life and health insurance company together.

“They were really amazed at how well we got along together in business. They couldn't really understand it,” Keith said of his friends.

“I said, ‘Pam, call an ambulance and take me to the hospital. I can't breathe. I feel like I'm dying,’” he recalls.

For the first time, at 69, Keith and Kirk lay in different hospitals, separated.

“I just ask myself, ‘How can we have the same DNA, have the same health problems? Why did it take him out?’ I have a hard time comprehending that today.”

They had a pact. Anything happens to one of them, the other takes care of his family.

“And that's what I'm doing, and he would have done the same for me. You know, I miss him terribly,” Keith cries.

“I've always been raised with the thought that I've had almost two dads,” said Bryan Bordelon, of his late father Kirk and his uncle Keith.

Kirk's only child Bryan, is grateful for the time he had and the “Poppy” his two children have memories of.

“That's what his legacy will be, you know, the laughter, and the fun, and truly how great of a person he was,” Bryan said.

Both Bryan and Keith realize the heartache of the timing. The vaccine was just moments away.

“Had he just made it two more months, he would be here today,” Keith said through tears.

Well wishes came from around the world from the Blue Knights, a law enforcement motorcycle club. Keith and Kirk are honorary members. They've raised $150,000 for fallen and wounded police and their families, through annual poker runs. On the day of Kirk’s funeral, 90 motorcycles followed his casket. The Bordelon family is telling his story in hopes of continuing that legacy.

Keith says even though he had COVID, he made sure he still got the vaccine.

To donate to the Blue Knights, visit their website.