In a tweet earlier this week, Texas Gov. Greg Abbott said he hoped to have 'next steps' in the state's response to COVID-19 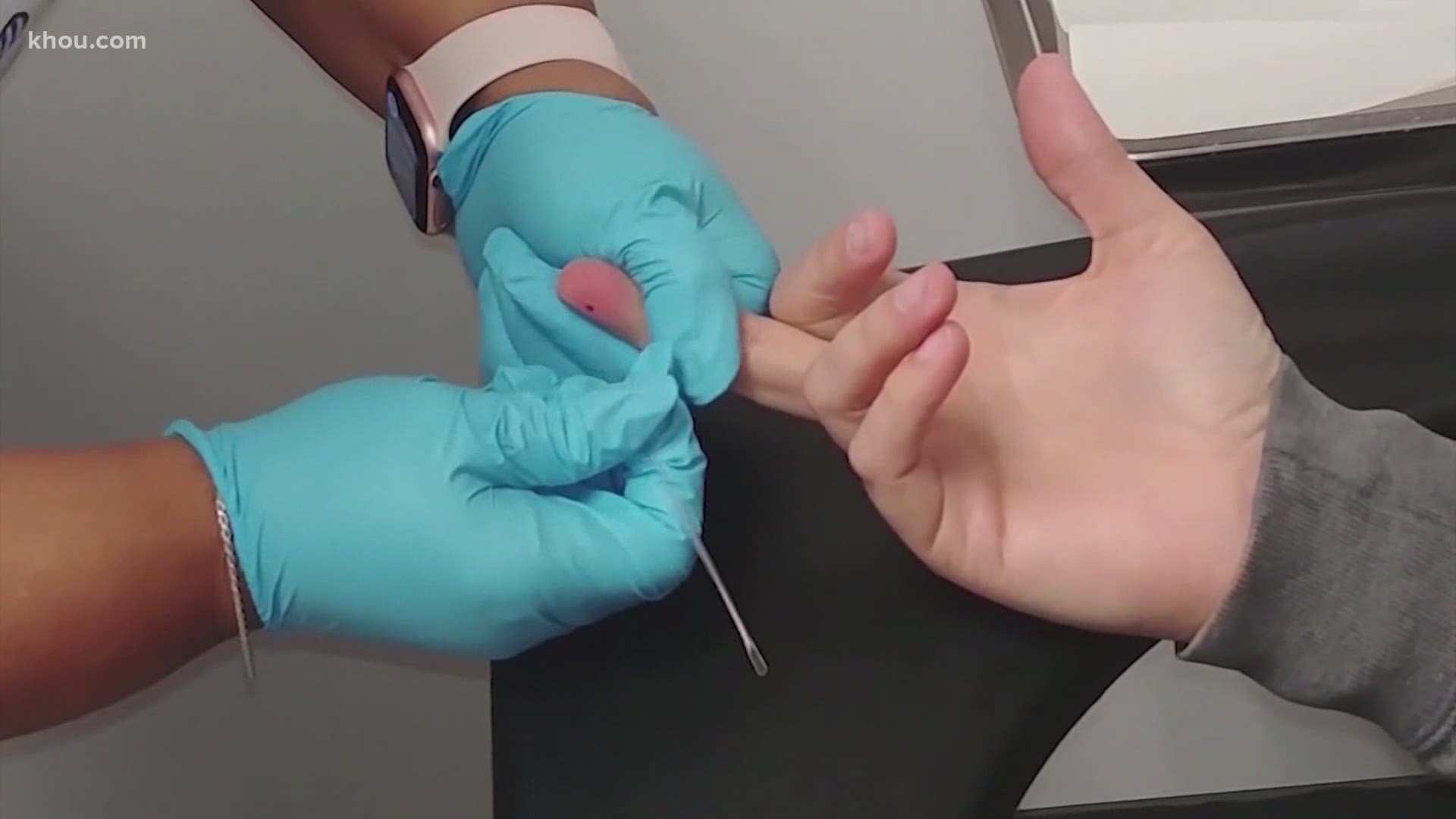 Editor's note: Video above is of the city of Houston's new antibody testing program announced Wednesday.

Gov. Abbott tweeted on Monday that since his latest executive orders were put in place across the state that COVID-19 numbers had declined.  He also tweeted about 'next steps' that he hopes to announce next week.

The governor's tweet was quoting a restaurant owner, who asked for help from the governor.

Since my last orders in July, Covid numbers have declined—most importantly hospitalizations.

I hope to provide updates next week about next steps. https://t.co/EmmankcMMO

At this point, it's unclear what the next steps are that Gov. Abbott was referring to.

Just like across the state, here in Houston, the COVID-19 positivity rate has dropped. As of Monday, it was just under eight percent. Daily new cases have also slowed. But Mayor Turner says that could all change if we let our guard down.

"We must remain vigilant and not reverse the hard work we have done to reduce COVID-19 positive cases and deaths. In March and April, cities and counties worked together with the media to slow the coronavirus progression. We were successful, and our numbers were better than those of most major cities around the country.  Because the number of positive cases and deaths were low, the Governor commenced reopening businesses without consulting with local governments. In addition, he took away the authority from cities and counties to manage the response.  The results were disastrous.

"Thirty days later, the virus was out of control like a forest fire, and more people tested positive, more people died, and hospitals were scrambling to expand capacity. Consequently, the State ordered businesses to close for a second time, and Texas joined Florida, Arizona, and California in the national spotlight but not in the right way. In July, the Governor imposed a statewide mask requirement which was desperately needed, and he should be commended for that.

"And again, cities and counties and local media rallied together with the State to slow the virus's spread. This helped significantly reduce the positivity rate, which needs to be below 5% and stay there. Most of the numbers are better, but the number of people dying is still too high, and the positivity rate remains above 5%.

"And now that numbers are better like in April, the Governor is about to embark on the same course again. It is frustrating that he is making decisions that impact all of us without including local officials in the process. The State is about to repeat its mistake, expecting a different result. Please tell that to the virus and explain that to the people who will suffer."