'This could happen to anyone': Texas woman has warning after 'perfectly healthy' dad dies from COVID-19

T.J. Mendez, 44, died at an Austin hospital on Thursday after battling the coronavirus. 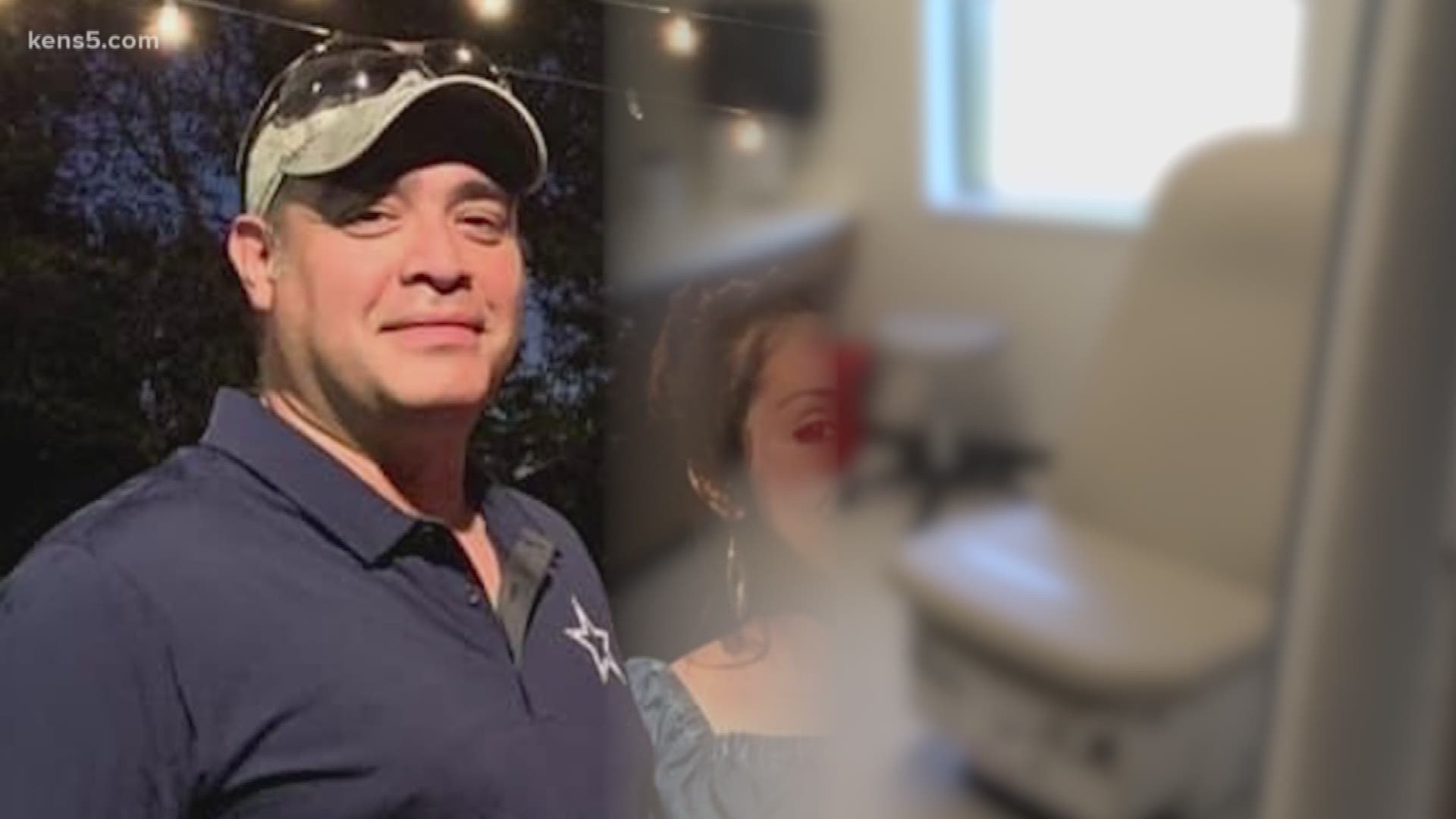 SAN ANTONIO — A 44-year-old New Braunfels man was identified by his family as being the first COVID-19-related death in Comal County. But unlike many cases nationwide, Brenda Johnson said her dad was in good health prior to the virus.

“This can happen to anyone," Johnson said of what happened to her dad, TJ Mendez. "He was perfectly healthy. He had no prior medical conditions. He didn’t smoke. He didn’t drink. He did everything right, like he was supposed to."

Johnson said her dad began feeling sick in early March, treating the symptoms with over-the-counter medication. She said after he continued to feel bad, he went to the doctor and was prescribed a medication.

Mendez went back to the doctor Thursday of last week because he still did not feel better. At that point, he was advised to go to a hospital to be tested for COVID-19.

“At that point he was experiencing shortness of breath, the cough, the headache, fever—slight fever, so they sent him to the hospital to get tested,” she said.

Johnson said her father was informed on Tuesday that he had the coronavirus. But by then, his condition began deteriorating quickly. On Monday, he was taken to an area hospital after his fever spiked and became "delirious," Johnson said.

Her father was transferred to Ascension Seton Medical Center Monday evening, where she said he underwent surgery to be placed on a form of life support. She said they thought his condition was improving until a doctor called her family, telling them that Mendez had suffered a brain hemorrhage and nothing more could be done.

Because of his diagnosis, his family was unable to visit him.

"We were so appreciative of the nurses and the doctors because we got phone calls at least five times a day, and they would give us updates on how he was doing," Johnson said. "They prayed over him and they were all constantly checking on him. They even asked us what kind of music he liked because they would be playing his favorite music."

Johnson said medical staff would also put them on speaker phone so Mendez could hear his family.

"We were so appreciative that they were willing to accommodate all of that for us, because it's really hard that we didn't get to be there with him," she said.

The personal impact the virus has had on Johnson's family has changed her perspective.

"What you hear a lot of the time is that, if you're healthy, it's just flu-like symptoms and you'll get better," she said. "And up until my dad got sick, we felt that, too. We understand that people had to stay home and be safe. But we didn't travel. We didn't go anywhere. We were here in New Braunfels. We stayed here in Texas—that's all. We hadn't gone to any of those areas. But even then, it still affected him."

Mendez, a water technician engineer, traveled across the state for his job.

“People keep asking us, 'Do you know where he got it from?' The answer is no," Johnson said. "He could’ve gotten it from anyone, from anywhere. And that’s the scary thing, that no one is showing symptoms, and you don’t know if you have it and you could be giving it to other people.”

Johnson said her family is guided and comforted by their faith in God. She said because of their own exposure, they are mourning in quarantine. She said no one has exhibited symptoms of the virus.

"We're sad and we're going to miss him, but we want everyone to celebrate his life and who he was," Johnson said. "We don't want him to just be some distant, forgotten memory. We want people to remember him for the funny person that he was and the kind person that he was."

Johnson said her last conversation with her dad was one filled with laughter.

"I wish I could see him one more time," Johnson said. "Had I known that was the last time I was going to get to see him, I would have probably hugged him a little tighter."

"Our hearts are saddened for T.J.’s wife and children and they remain in our prayers," Still wrote. "T.J.’s family are people of faith, and it’s that faith that has and will continue to sustain them. He was a fine Christian man who was faithful to serve his God and he had a wonderful and supportive family. He was healthy and strong, and in no fault of his own, was stricken with this dreadful virus. His passing should be sobering to all, that this pandemic must be taken seriously. God the giver of all good things, has given us a brain and we should use it for the benefit of our family and our communities. Follow what our officials have asked of us and we will endure with God’s help."

RELATED: Timeline: Tracking the spread of COVID-19 in Texas

RELATED: Troops to deploy to areas hit hardest by coronavirus