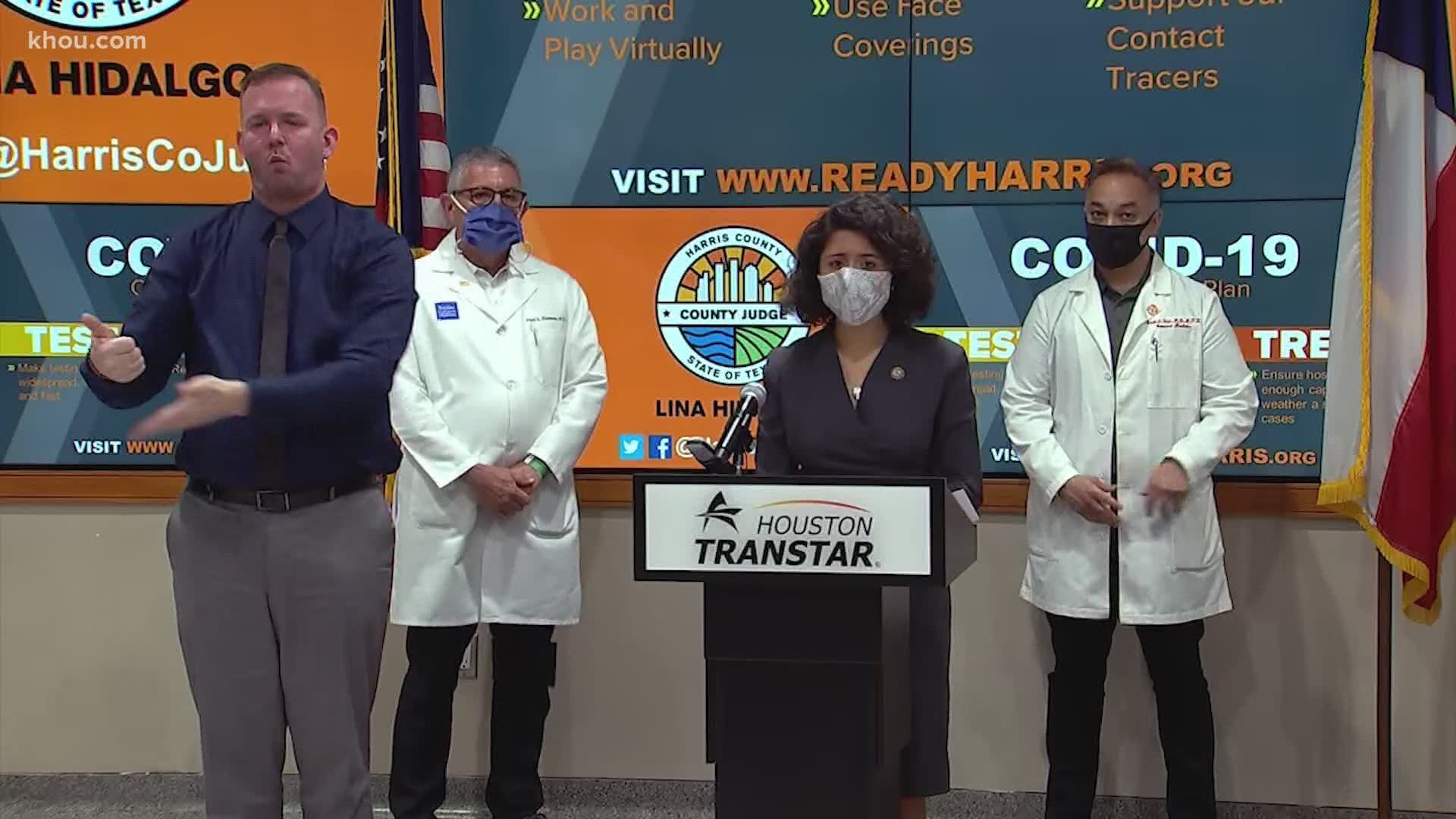 HOUSTON — As Texas reopens, Harris County Judge Lina Hidalgo urged everyone to continue to be cautious and stay home, if possible.

She pointed out that Texas reported 50 deaths on Thursday, the most since the pandemic began in mid-March.

“Fifty Texans -- brothers, sisters, parents, grandparents, sons and daughters -- had their lives cut short yesterday from a single, invisible killer that still lurks amongst us,” Hidalgo said. “It’s a grim reminder that the virus doesn’t respect dates on the calendar.”

“There are some who see this as a day of celebration or back to business as usual. My message to them is: not so fast,” Hidalgo said. “Just because you can open, doesn't mean you should.”

He and other leaders in the medical community advised everyone to continue to stay home when possible. When in public, people should keep covering their faces, cover their coughs and wash their hands often.

They commended residents for following these guidelines the last several weeks and helping flatten the curve.

At one point, Harris County was labeled a "hot spot" by national leaders who predicted cases here would skyrocket, like many big cities. That never happened.

Along with ramping up testing, Hidalgo said contact tracing will be another key to preventing a new spike.That means notifying everyone who came in contact with someone who tests positive.

Judge Hidalgo said she's cautiously optimistic it will help "stop the virus in its tracks."