UH Economics chair Dietrich Vollrath believes an eventual recovery should be much sharper than past downturns. 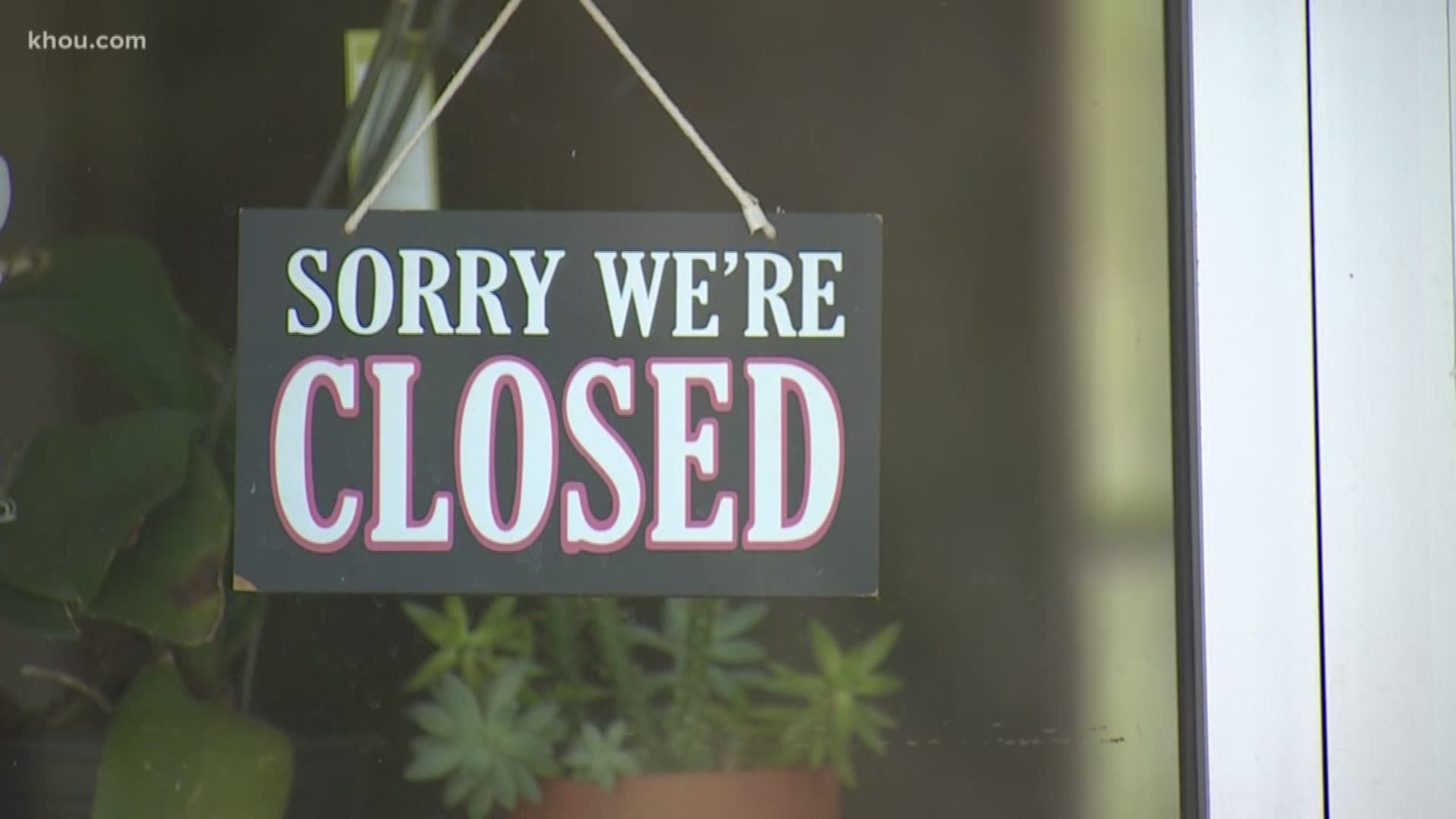 HOUSTON — We've heard from many laid-off workers amid the COVID-19 crisis and resulting closures.

"We were let go with no pay," said another.

"It means my bills are going to back up and I'm going to be in trouble here in a couple of weeks," another said.

Waitress Jessie Avina is one of the latest to share her story with us.

“Crazy” is a word economists might use to describe the weekly jump in jobless claims.

It shows 6.6 million Americans filed for unemployment in the last week.

That brings the total to nearly 10 million in the last two weeks.

Incredibly, the number of jobless claims reportedly rose about 1,600% in Texas alone.

"I mean, the numbers are ridiculous," said Dr. Dietrich Vollrath, chair of the University of Houston's economics department.

We spoke with him hours after the latest data came in from the Department of Labor.

"We’ve never seen anything that happens this quickly, this dramatically,” Vollrath said.  "We didn’t quite know how big the number would be, but we knew it was going to be big because we told ourselves to do this right? The shutdowns, the lockdowns, stay at home orders, what have you. Those things are designed, in a lot of ways, to have this effect.”

Dietrich says the overall unemployment during this crisis rate may reach record levels set in the 1930s.

However, unlike the Great Depression, which wasn’t triggered by a health crisis, this downturn should include a rapid recovery.

"Relative to the Great Depression, this is going to be whiplash,” Vollrath said.

He expects more unbelievable data in the short term, along with significant impacts on people like Avina.

"I'm trying to kind of go with it, hope for the best really,” Avina said.

Vollrath said Texas’s economy is doubly impacted due to the existing downturn in the oil industry.

RELATED: What to know about unemployment, economic trends and the COVID-19 pandemic

RELATED: Here's what the Texas Workforce Commission is doing to respond to influx of people in need of help