"Knowing there’s support on the outside, knowing people are rooting for them, it’s really big," said Michael David who's collecting cards for healthcare workers. 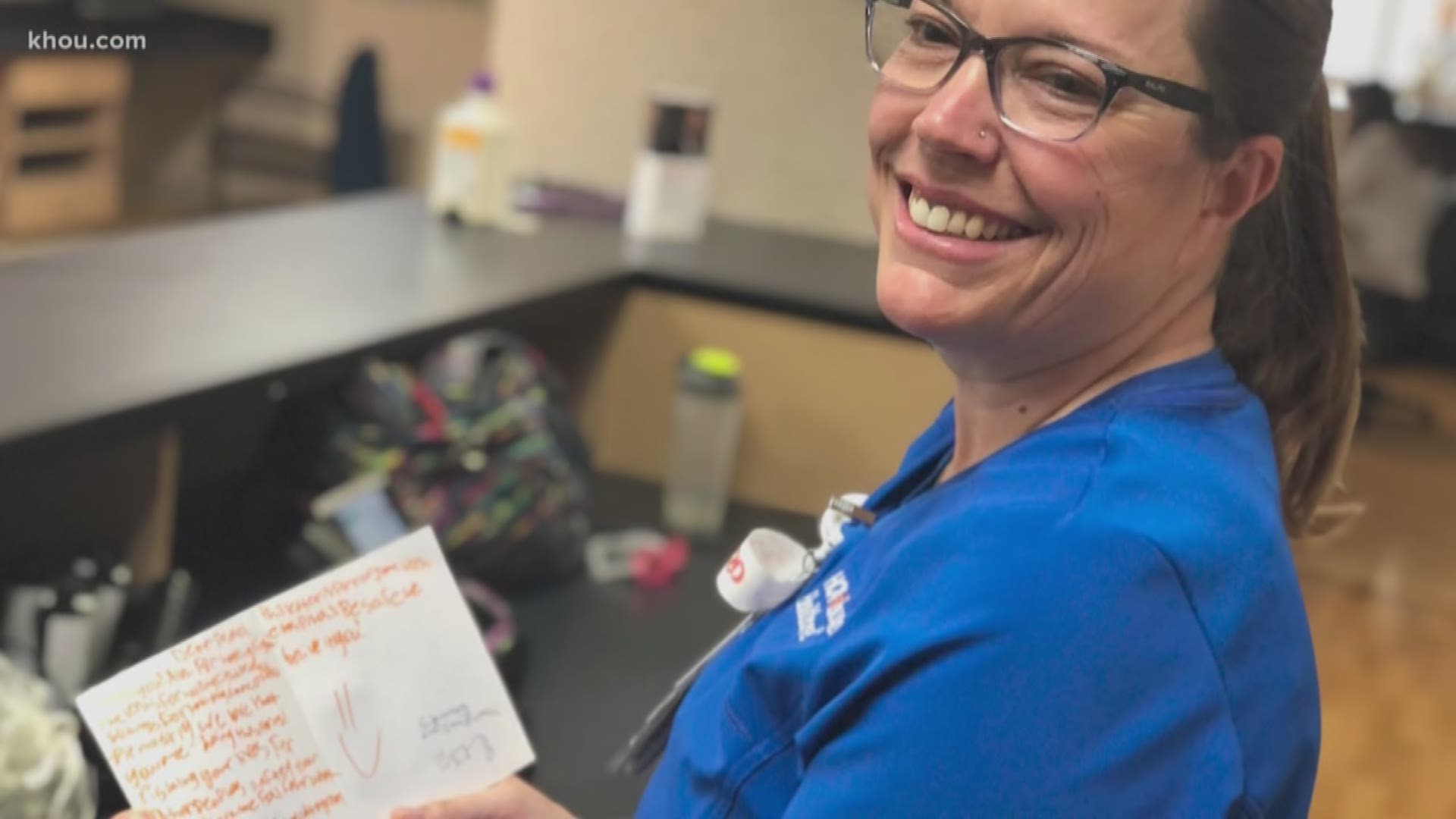 HOUSTON — There is no evidence the novel strain of the coronavirus is being spread through the mail, so right now, the CDC only recommends that you wash your hands after accepting deliveries.

That's an important note as we share the story of neighborhoods across the Houston area that are Standing for Houston by sharing words of encouragement.

Distance may keep us from saying thank you, but actions speak louder than words.

Norris is a critical care nurse at an HCA Healthcare Houston hospital. She used Nextdoor to ask her neighbors for help.

"I was just thinking it would be something kind of small, but it’s kind of grown to something bigger," she said.

She collected cards last month in a parking lot in northwest Harris County.

Over in Fort Bend County, Mia Rantasalo's dining room table is covered in kindness. She's, "collecting the drawings, letters and postcards from the kids," and sharing them with her neighborhood nursing home.

The handmade cards decorated by children bring tears to Rantasalo's eyes, and they make a long day worth it.

"We put a box in our front yard and we sent a message on Nextdoor and a sign in the front yard as well," Michael David said.

Tokens of appreciation for healthcare workers from his Tanglewilde community poured in.

"We just want to say thank you to the medical professionals who are hopefully protecting all of us," David said.

The Davids delivered their first batch of cards to their neighborhood emergency care clinic on Friday.

"Knowing there’s support on the outside, knowing people are rooting for them, it’s really big," David said.

They're two words that are so powerful they have the ability to change someone's day.

Stand for Houston and thank those on the front line.