Some warn that without enough testing, the state could see a second wave of coronavirus cases. 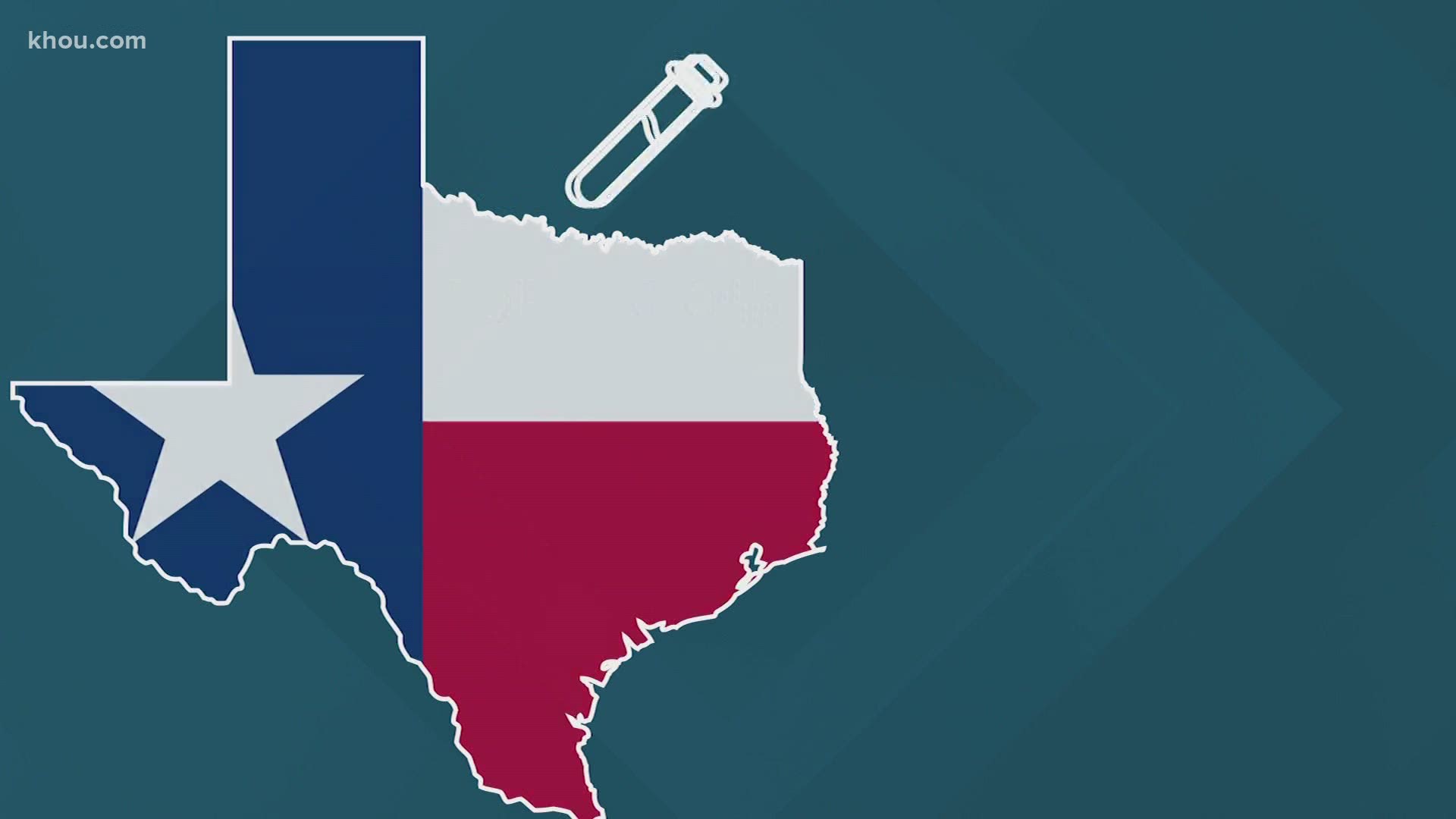 HOUSTON — As Texas begins to reopen Friday, the Lone Star state still ranks near the bottom for its rate of COVID-19 testing.

At the beginning of April, Texas ranked 49th in per-capita testing for coronavirus. At the end of the month, the state inched up to 47th in the nation, according to a KHOU analysis and U.S. Census data of 50 states and the District of Columbia.

“The main driver here has to be seeing that number increase,” said Dr. Luis Ostrosky, an infectious disease specialist at McGovern Medical School at UTHealth. “What I like to see is really the trend going up.”

There is a positive Texas trend within the overall numbers. Tests increased by 632% during April, the 11th highest monthly jump in the country.

“I’m very, very encouraged, we went from almost no testing … to being able to test in hospitals, now we’re seeing the tests in clinics, in Walgreens,” Ostrosky said.

The highest was Oklahoma, increasing its testing by 3,315% and jumping from the lowest testing rate in the country to 28th.

The unknown is whether there were enough tests to reopen Texas safely. Some other states with similar 1% testing rates -- Virginia, North Carolina and Kentucky -- all remain closed for at least another week.

The risk is another surge or second wave of coronavirus cases in the weeks ahead.

RELATED: These Houston-area nursing homes have prior infection prevention violations

RELATED: KHOU 11 Investigates: Texas lags most of the country in coronavirus testing