The Texas Restaurant Association hopes this move gives restaurants a chance to get back on track. 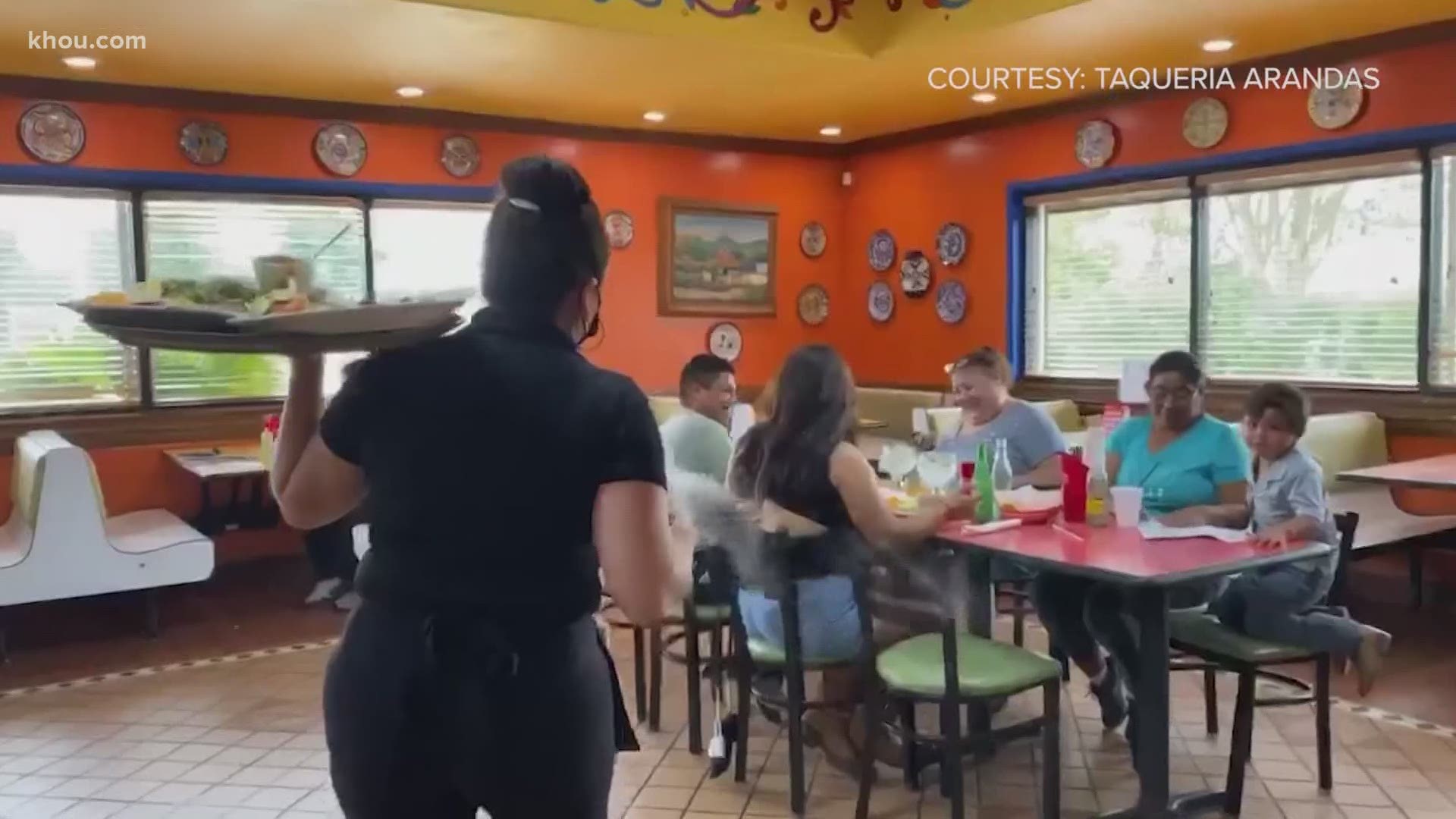 He's allowing them to operate at a 75 percent capacity on starting on Sept. 21. This might give some a fighting chance to survive this pandemic.

"It's going to put us in a better position to get through with what is going on," Jonathan Garcia, finance director for Taqueria Arandas #12, said.

Garcia said his family business has been struggling just like many others, but he hopes increasing the occupancy helps them out.

"There's only so much we can do with takeout orders and working with delivery partners that take out a huge chunk in the commission out," Garcia said.

The Texas Restaurant Association hopes Abbott’s decision gives restaurants a chance to get back on track.

RELATED: Reopening Texas: Most businesses in Houston region can expand to 75% capacity; bars not included

"Today’s announcement puts restaurants back on the path to recovery," Emily William Knight, with the Texas Restaurant Association, said.

Bars that are now reclassified as restaurants can also increase their capacity to 75 percent.

RELATED: 'We have a way out now' | TABC revision allows Texas bars to more easily re-open as restaurants

"It’s slow, people think that just because we open the door we are going to be flooded with people and that is just not the case," Al Jara, owner of Marquees II on West University, said.

More than 600 bars have been reclassified as restaurants and are open. Some of these owners don’t understand why the governor won’t reopen the bars.

The Texas Bar and Nightclub Association called Abbott’s actions Thursday "unacceptable." They said bar owners are having their livelihoods destroyed.

To see the updated protocols, you can check out the link below.