Hospital leaders are blaming the surge on social get-togethers. 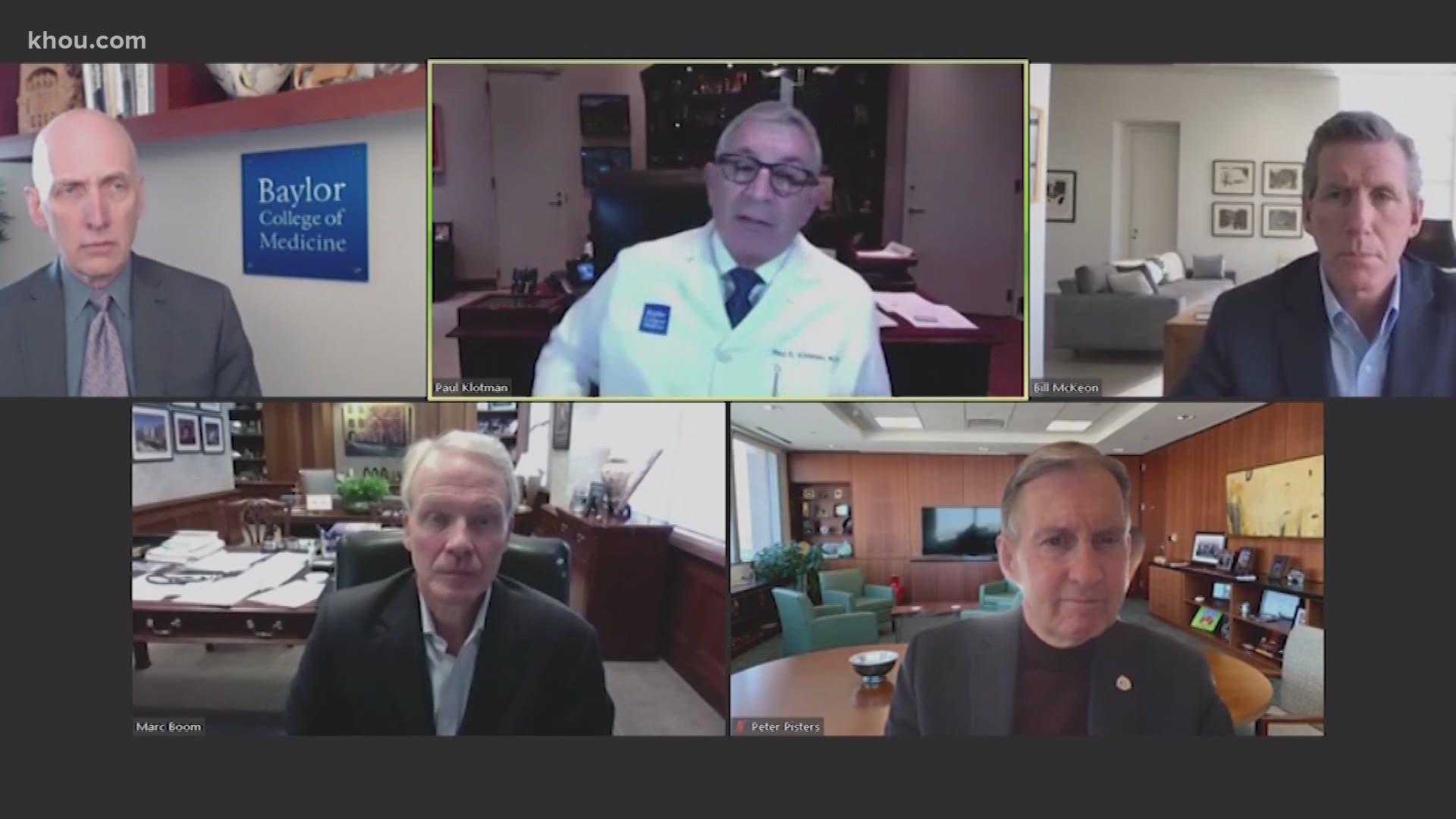 HOUSTON — The heads of several hospitals in the Texas Medical Center sounded the alarm Wednesday about rising COVID-19 hospitalizations in Houston.

“That fact that we’re already seeing a significant uptick in hospitalizations is of significant concern,” said Dr. Marc Boom, President and CEO of Houston Methodist, during a Zoom press conference with several TMC leaders.

Dr. Boom said hospitals are seeing COVID-19 numbers they haven’t seen since the summer. He adds while those figures are still well below the July peak, they’re increasing quickly.

He and other hospital leaders blame the surge on social get-togethers.

“It’s weddings, anniversaries, birthday parties,” said Dr. Paul Klotman, President & CEO of Baylor College of Medicine. “I walked by a wedding a few days ago over the weekend: 25 bridesmaids out, all clustered together, not a single one wearing a mask.”

These doctors are worried upcoming gatherings during Thanksgiving and other holidays could push cases higher.

While Dr. Boom believes hospitals have enough PPE to handle another spike in patients, he’s concerned about the toll on health care workers.

“If you look at the June-July timeframe when things really got high in Houston, we were able to pull in some travelling nurses from outside of Houston to supplement,” he said. “That’s gonna be much more difficult this time around because we’re seeing surges everywhere.”

TMC leaders are urging the same steps that brought down numbers quickly in July: masking, social distancing, and limiting gatherings.

“Everybody has to have a plan,” said Dr. James McDeavitt, Senior Vice President at Baylor College of Medicine. “We cannot go into this holiday season willy-nilly.”

Doctors are optimistic about a successful vaccine arriving soon and are asking Houstonians to take the right precautions for a few more months.

“The light at the end of the tunnel is achievable and reachable,” Dr. Boom said.

Bill McKeon, President of the Texas Medical Center, said all their hospitals are ready to deploy the vaccine when it’s ready. He said frontline workers will get the shot first.