Texas' governor appeared live on KHOU 11 to provide an update on coronavirus in the Lone Star State. 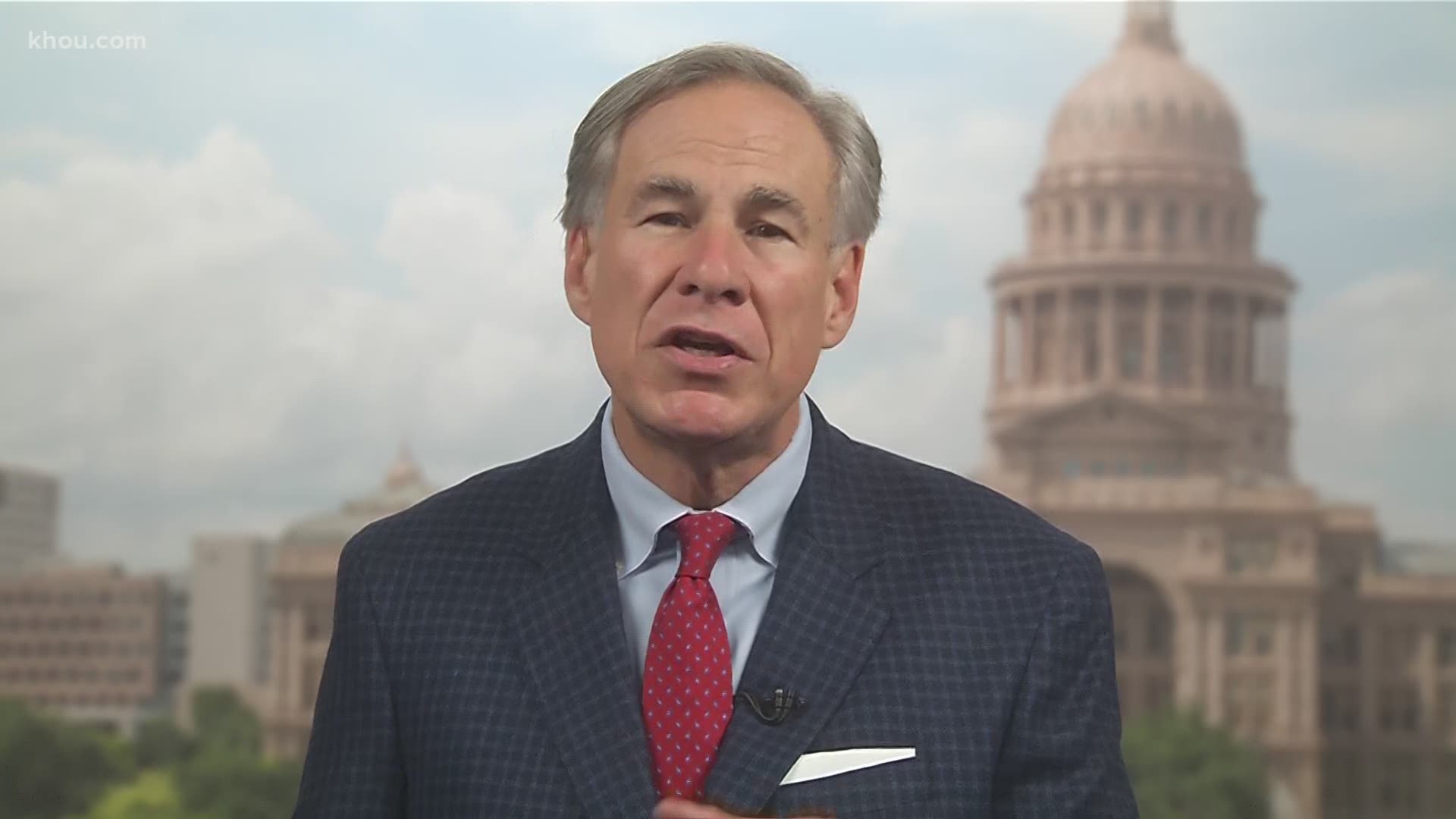 HOUSTON — Texas Gov. Greg Abbott appeared live on KHOU 11's 6 p.m. news to answer questions about the state's response to COVID-19. Abbott appeared live from his campaign office and addressed topics on the surge of coronavirus cases in Texas, whether the state could be locked down again, opening schools, the number of hospitalizations and the state's positivity rate.

Abbott said we can avoid a shutdown as long as numbers continue to trend in the right direction. He said that wearing a mask and following other protocols are critical to reducing numbers.

He said he's focused on the state's positivity rate and hospitalization numbers as things move forward.

When asked why the issue of wearing masks is such a divisive issue, Abbott said, "You know, because every doctor says that wearing a mask can slow the spread of the coronavirus ... it's mystifying why some people continue to reject it.

"Failure to wear a mask could lead to another shutdown in the state of Texas."

It also comes the same day Harris County Judge Lina Hidalgo sent a letter to all school districts in Harris County asking them to delay the start of in-person instruction for at least eight weeks, which would put the start date in October.

Monday also saw news that the number of COVID-19 hospitalizations is trending in the right direction in the Texas Medical Center. For over a week, the number of people needing hospital care has leveled out. Some days have even shown a slight decline in hospital cases.

Dr. David Persse, the Houston Health Department's leading health authority, confirmed hospitalizations are down but said he is seeing a higher positivity rate in COVID-19 cases. Persse said his theory is that healthcare workers are doing a better job of caring for patients, possibly making the length of their hospital stays shorter which frees up more beds.

Across Texas, at least 3,958 people have died of coronavirus, the Texas Tribune reports. Nearly 20% of those deaths have been reported in the past week.

And because of the economic fallout triggered by the coronavirus pandemic, the amount of general revenue available for the state’s current two-year budget is projected to be roughly $11.5 billion less than originally estimated.

That puts the state on track to end the biennium, which runs through August 2021, with a deficit of nearly $4.6 billion, Texas Comptroller Glenn Hegar said.