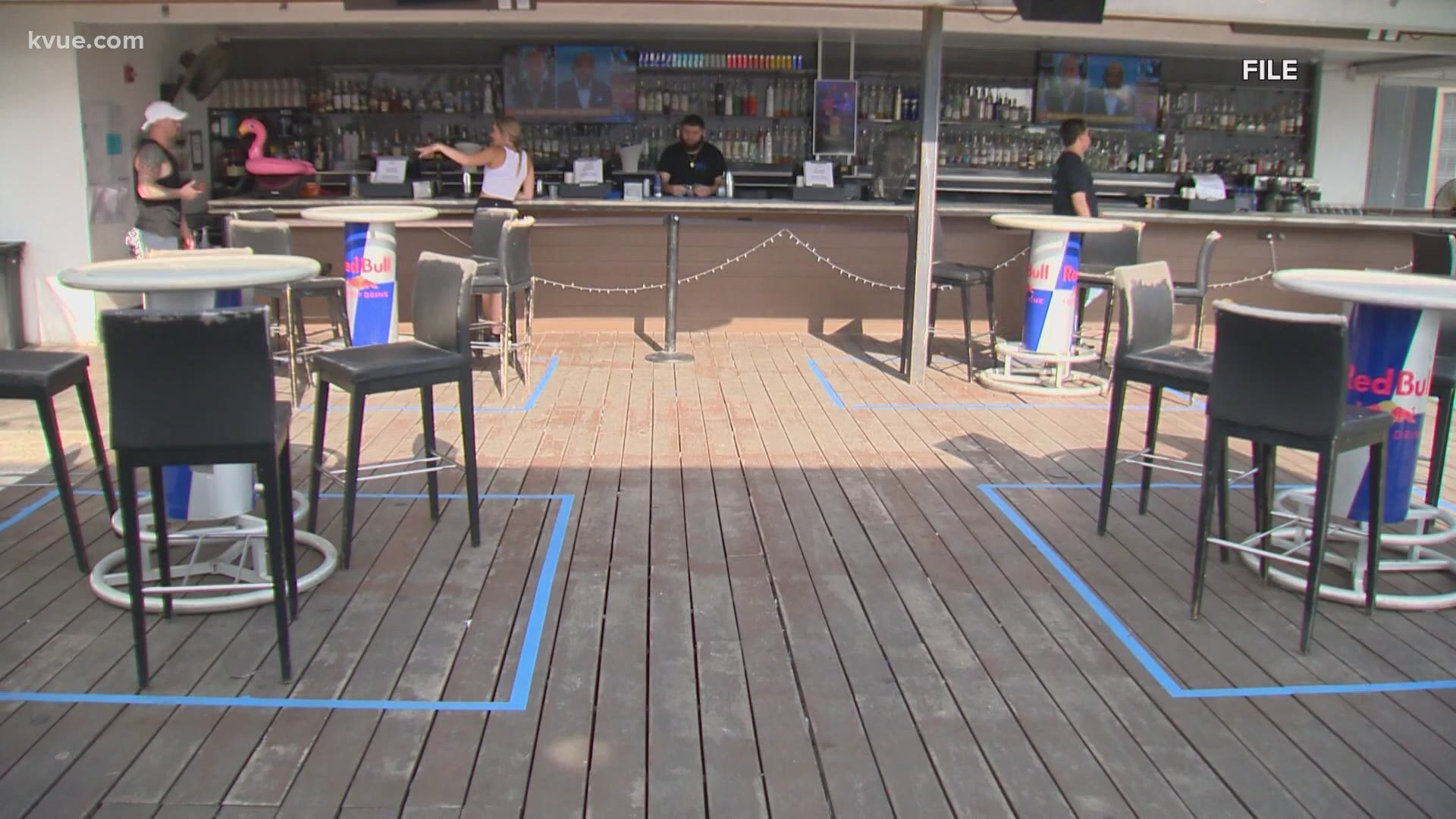 AUSTIN, Texas — After Texas was instructed by the White House to ramp up efforts to slow the spread of the coronavirus as the state experiences a “full resurgence” of COVID-19 infections, Gov. Greg Abbott's office said it has followed suggestions from the task force.

“The State of Texas is responding exactly as suggested by the Task Force. Consistent with the governor’s executive orders, many regions across the state are now required to reduce occupancy limits and close bars to mitigate the spread of COVID-19. We are also strategically surging more than 100,000 rapid tests per day, including the testing of school and health care personnel.

Under the governor’s executive order, there are protocols in place that automatically close bars and ratchet back openings to 50% occupancy when a region’s hospital capacity is comprised of 15% or more COVID-19 patients for seven days in a row. A region can begin the process of reopening once they have stayed below that 15% COVID-19 patient threshold for seven days in a row.

We’ve seen this work, as evidenced by the recent efforts in El Paso. The number of people testing positive in El Paso was 1,920 at its peak on Nov. 5, today it is 551. The number of people hospitalized in El Paso was 1,108 patients on Nov. 5, today it is 847. That’s a 71% reduction in new cases and a 23% reduction in hospitalizations in just a few short weeks, proving once again that these mitigation protocols work, but only if they are enforced.

Gov. Abbott continues to urge all Texans to follow the safe practices they mastered in the summer to slow the spread. We’ve slowed the spread before, and we will do it again while we await the arrival of vaccines later this month. In the meantime, the state is swiftly distributing the new anti-body therapeutic medicine to treat Texans who get COVID-19 and aid in reducing hospitalizations.”

Texas is seeing an “unsustainable increase in hospitalizations” from the virus and “statewide mitigation must increase,” according to a White House Coronavirus Task Force report dated Nov. 22. The report was obtained and published by the Center for Public Integrity.

The report ranked Texas 34th among the states for cases per capita and found that more than 75% of Texas counties were experiencing moderate or high levels of viral transmission.

"With our transition to Stage Four, we recommended that that business is only open to a maximum of 50%. I think given the trends across the State, that transition in the State back to 50%, maximum occupancy would be useful," said Dr. Mark Escott, Austin's interim public health authority. "We know that the disease is more likely to spread indoors and less likely outdoors. So, our hope is that despite the fact that we can't order restaurants and other businesses to decrease their occupancy beyond the state's recommendations, that they will do so in an effort to protect this community."

According to Escott, areas like Dallas, Fort Worth, San Antonio and also rural communities are suffering from surges. Austin and Travis County are not seeing the same increases these other areas are, Escott said.

"So, I think it's time that, as a statewide community, we start to reassess that plan and make a determination if we need to further reduce the risk by reducing our occupancy statewide for a little while," Escott said.

60% of Austin bars listening to rules; city officials give warning to those that are not