The governor was joined by top state officials at a press conference March 26. 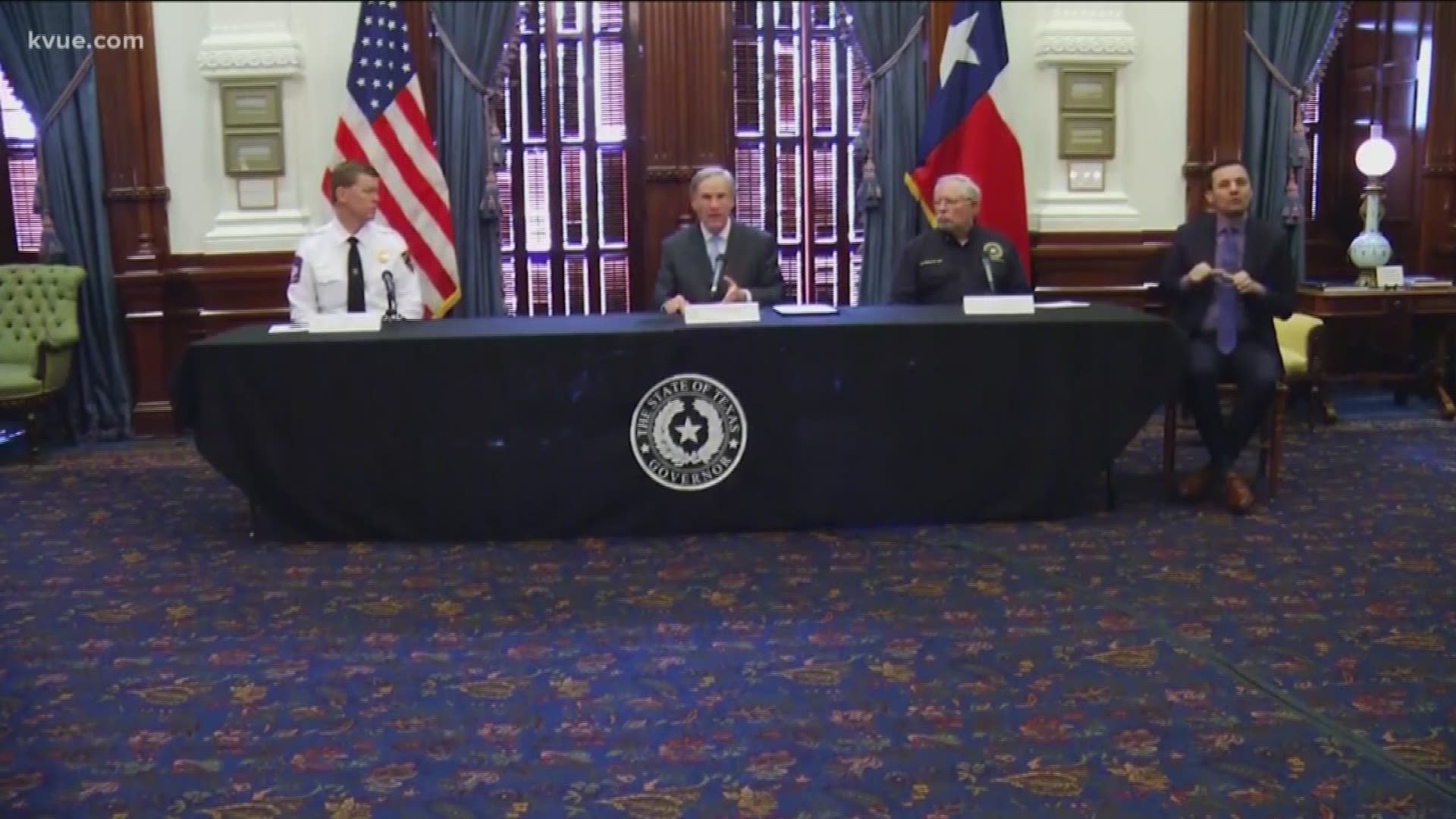 AUSTIN, Texas — Gov. Greg Abbott issued an executive order at a press conference on March 26 that requires people flying into Texas from New York, New Jersey, Connecticut and New Orleans to be quarantined for 14 days or for the duration of their stay, whichever is shorter, to help prevent the spread of COVID-19 in Texas.

According to Gov. Abbott, the quarantine will be enforced by the Texas Department of Public Safety. Gov. Abbott said people flying in from the designated areas will have to fill out a form provided by DPS to identify where they will quarantine. DPS troopers will then conduct unannounced visits to the designated quarantine locations to verify compliance with the executive order.

The order goes into effect Saturday, March 28, at noon. Gov. Abbott said it is a criminal offense to defy the order, punishable by a fine of up to $1,000, up to 180 days in jail or both.

"The State of Texas continues to act upon the recommendations of top state, federal and local health experts as we implement a comprehensive strategy to limit the spread of COVID-19,” said Gov. Abbott. "The New York tri-state area and the city of New Orleans have become major centers of this pandemic, and it is vital that we take necessary precautions to prevent additional exposure that could originate from people traveling from these areas to Texas. This executive order is another important measure we are taking to protect the health and safety of Texans, and we will continue to take any action necessary to mitigate exposure to COVID-19 in our state."

When flights arrive in Austin from the designated area, air traffic controllers will notify the flight crew to make an announcement before anyone gets off the plane, the airport said.

“AUS will continue to prepare to comply with the mandate, starting this Saturday,” the airport said in a statement.

On Friday, DPS said its required travel form and terms of self-quarantine have been added to its website.

Additionally, Gov. Abbott provided an update to the state's response to COVID-19.

Gov. Abbott said the state's testing capabilities continue to increase, which is resulting in an increased number of individuals testing positive. He also said, in the coming weeks, the State expects the amount of people testing positive will begin to level off as people continue to practice social distancing.

The number of Texans who have died from COVID-19 has also increased from five people last Friday to 18 people Thursday.

On March 25, Gov. Abbott announced that Texas has received a $16.2 million grant from the federal government to help communities provide meals for older adults. He has also issued two executive orders aimed at freeing up hospital beds across Texas.

Nearly half of Austin-area coronavirus cases are under the age of 40. An infectious disease doctor explains why

List: Here's what's open during the order to stay home

List: 100 things to do while stuck at home social distancing