'I should be dead': Texas COVID survivor, 29, thanks doctors, and two stuffed animals, after months in a coma

Miranda Reich, 29, was, at one point, considered the sickest COVID patient in a four-state region. Now, emerged from a coma, she has a story and a message to share. 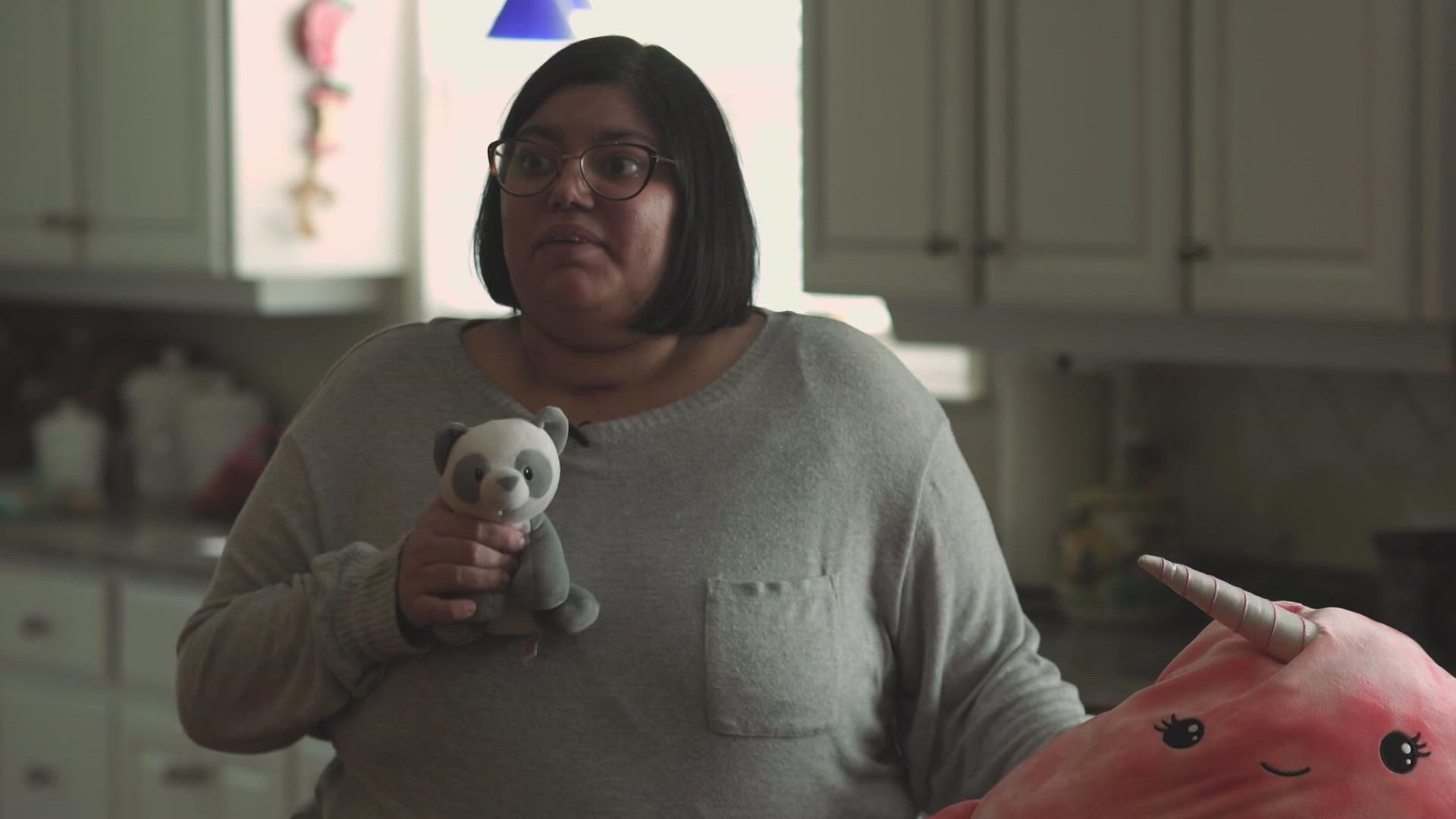 HAMILTON, Texas — Miranda Reich didn't plan to be a cautionary COVID tale. But thanks to a team of doctors who refused to give up on her, and two stuffed animals on the window ledge of her hospital room, she was able to pick up the phone and tell us that this story, and whatever message you choose to take from it, should be about her.

Reich, 29, is from Abilene. But in July she was on a west coast vacation with four other members of her family, including her husband and his grandparents.

The plan was a driving tour up the California coast to visit more family in Oregon. But they all began to feel ill, cut their trip short, and headed directly to Roseburg, where an aunt with medical experience tested their oxygen levels.

Tests proved all five of them had COVID-19. Miranda's case was the worst. Taken to the nearest hospital, she was then transported by medical helicopter to Oregon Health and Science University in Portland.

WFAA's sister station KGW was allowed inside the hospital around that same time, which was the hospital's attempt, while maintaining complete patient anonymity, to show just how devastating the COVID epidemic continued to be and how overrun hospitals like OHSU were.

And in that video of anonymous patients was a young woman, an ECMO machine circulating and oxygenating her blood, with two stuffed animals on the window sill next to her: a small gray and white panda and a pink narwhal.

"You know, I'm one of the lucky ones," Miranda Reich told us these three months later from Hamilton, Texas, where she is recovering at her husband's grandparents' home.

"When I was in the hospital, apparently my mom got me this," she said, picking up the pink narwhal.

She'd been in a coma for months. Her family, unable to visit her inside the ICU due to COVID concerns, had been told that at one point she was the sickest patient in a four-state area of the Pacific Northwest.

Her family had also been told not to expect her to survive.

But then, finally coming out of that coma, Miranda saw her stuffed animals in a television news story. So, she called to say it was her.

"I don't want to be known as the heartbreaking case of a young woman who was unvaccinated, and covered in tubes," she told us. "And I was like maybe they need to know that somebody made it. That somebody out of the ICU actually did make it and is alive."

As she recovers at her in-laws' house, trying to get her strength and her breath back, she tries not to focus on the outward scars COVID left her -- scars from the tracheotomy that helped keep her breathing and scars from the ECMO machine that was the last ditch effort to keep her alive.

"It kind of scares me a little bit," she said of the scars. "Because it's always going to be a reminder of what happened to me. My husband says wear them with pride because you fought a battle that not many people have won."

Still short of breath and still weak, Miranda wanted to share her story -- share the fact that she wasn't vaccinated. But that her husband's 87- and 92-year-old grandparents were. Their COVID cases were not severe.

"We're just tough," Vernell Reich said with a laugh. "But she is a miracle. An absolute miracle," she said of Miranda. "They saved her life."

"I didn't want to be a miracle," Miranda responded. "I just wanted to be myself. But if people need to see my as a miracle, I'll be it. Because people need a little bit of hope right now."

Miranda says she is vaccinated now. In fact, she says she received her second dose the morning of our interview.

"I can't afford to get COVID again," she said with a raspy voice and with the admission that she also suffers from anemia.

All she asks is that you take whatever lesson you want to from her journey: a 29-year-old who very nearly joined more than 700,000 American COVID casualties.

"I wish a knew who got me this," she said holding the smallest stuffed animal that she now calls Mittens. "Because it's a little special to me now."

"I've been given a second chance and I don't want to waste it. I don't understand why I survived. And I don't think I ever will. But I'm not going to waste it. And I do want to give people hope."

Hope is what she plans to keep growing from a front porch in Hamilton, until she has enough strength to return to Abilene and start her life all over again.

"Every time the physical therapist said you are pushing yourself to hard, I'm like I'm going back to Texas," she said. "I'm very thankful. Very thankful." 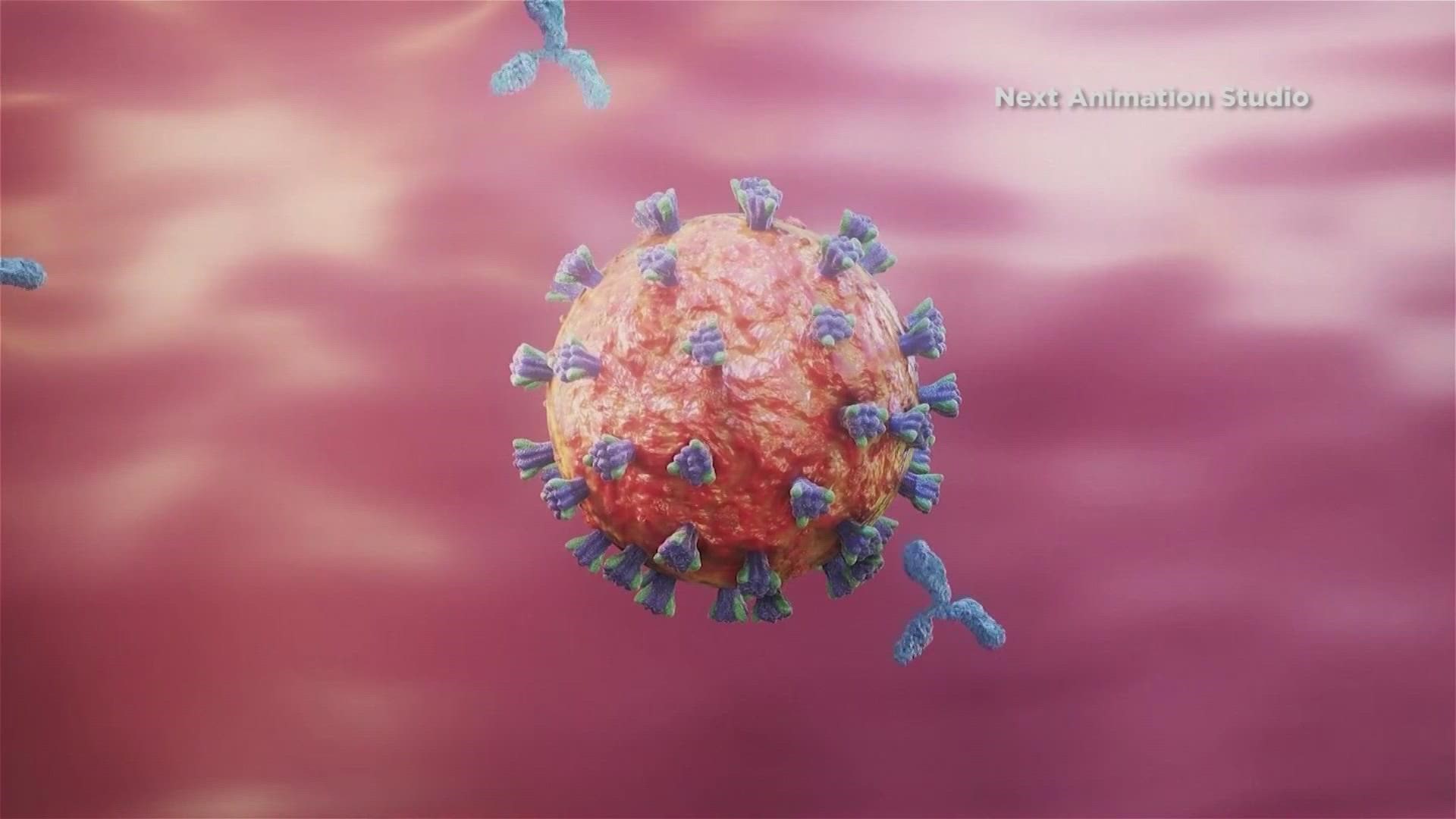