What is keeping the COVID-19 death rate in Texas low? 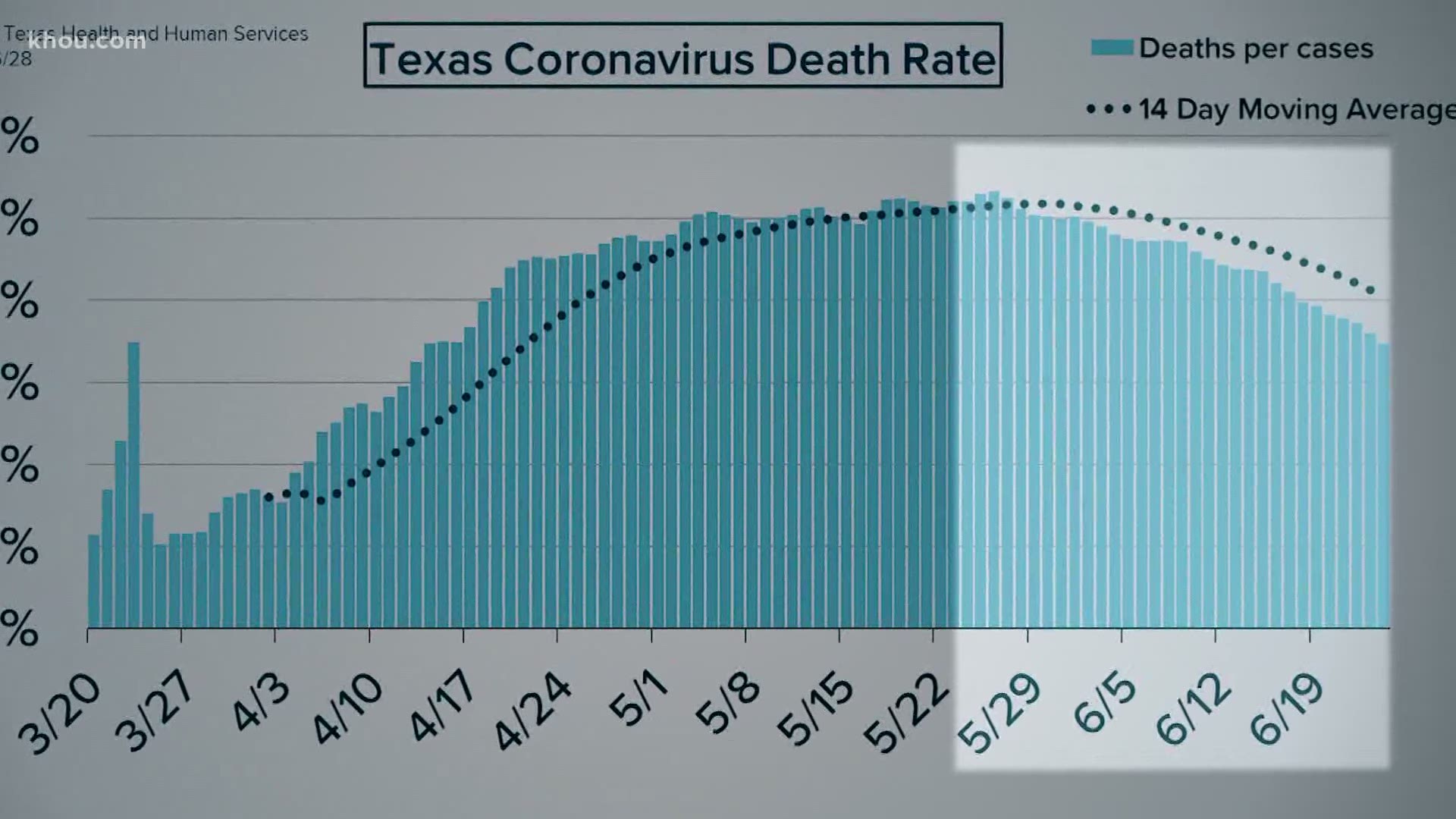 Texas has been hit particularly hard by COVID-19.

Doctors say the numbers are moving in the wrong direction – except when it comes to deaths.

The death rate been declining statewide for the last month.

Data from Texas Health and Human Services showed the death rate in Texas peaked on May 26 at 2.7%.

“Our case fatality rate here in Harris County is a little over 1%, which is lower even than the rest of the state which is 1.6% as of today,” said Shreela Sharma, professor of epidemiology with UTHealth School of Public Health.

Dr. Sharma says the numbers are promising, but require context.

Deaths are a lagging indicator in the spread of an epidemic. Cases increase first, like we saw in Texas in late May. Hospitalizations tend to increase about two weeks later. She says it takes three to four weeks to see a change in death rate.

“Just right after July 4 is when we will likely see the impact of the surge,” said Sharma.

What are the factors keeping the COVID-19 death rate low?

She says there are may be other factors keeping the death rate relatively low as well.

First, hospitals in the Texas Medical Center offer the best treatment options available. Second, only the sickest got tested early on. Now, people with minor symptoms are finding out if they have the virus, which drives down the overall death rate.

“That’s a good thing. You want to expand testing, because you want to see a true prevalence of the disease in the community,” she said.

The third possible factor is the virus is currently spreading most among young people who are more likely to survive.

However, Dr. Sharma says that isn’t a reason to let your guard down.

“Just knowing a hospital bed is waiting for me is not a source of comfort. I might not die from the disease, but I could get very ill,” she said.

She says this is a novel disease, so there’s still so much we don’t know about how it’ll impact people long term.