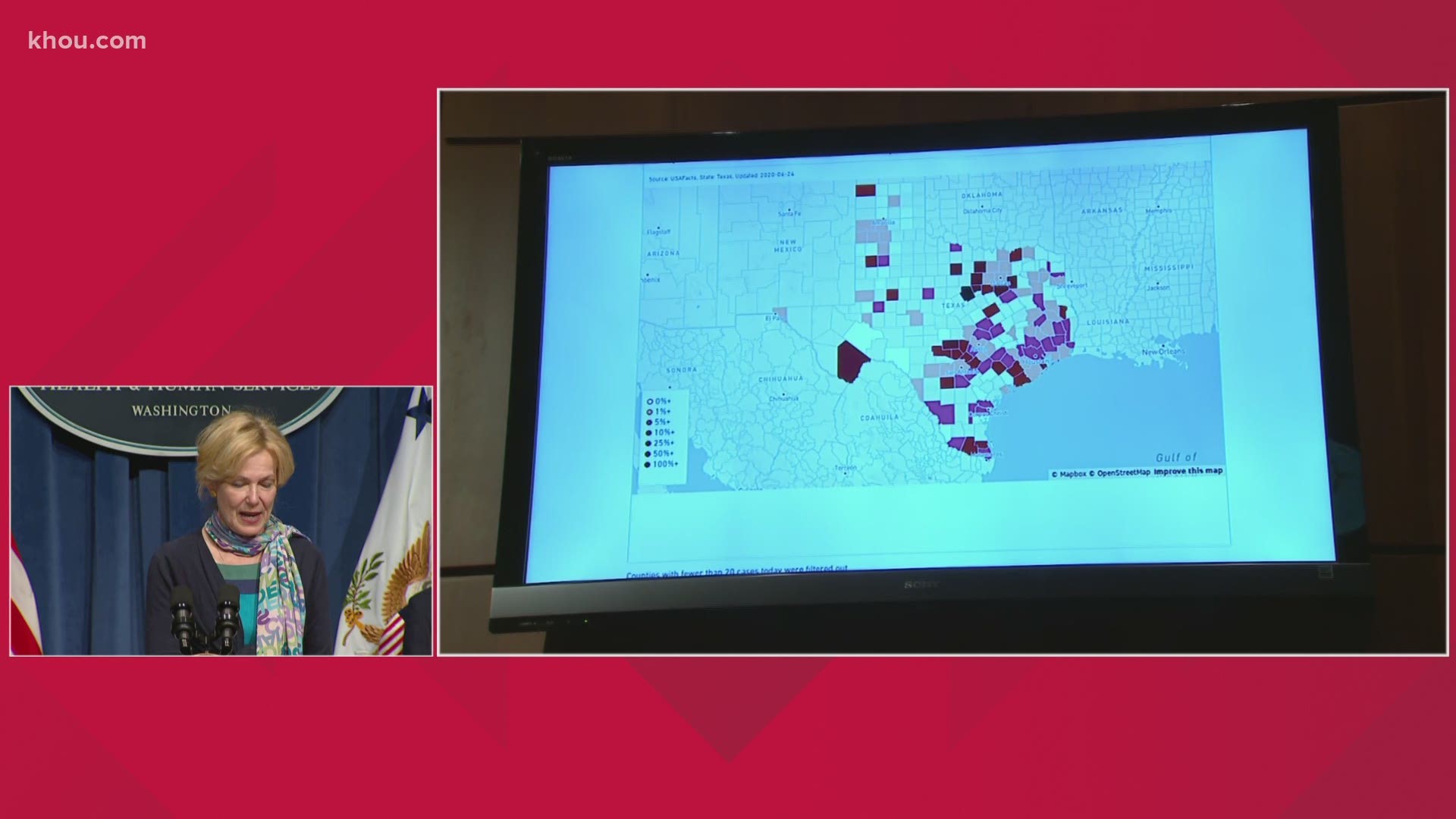 As Texas Governor Greg Abbott scales back reopening plans due to rising COVID-19 cases, hospitalizations, and deaths, the data shows the infection rate is rapidly increasing across the state.

An analysis of case confirmation data provided by the Texas State Department of Health Services shows the case rate has more than doubled since Texas registered its first 50,000 cases.

You can review the state's data in this interactive chart.

You can review the state's data for confirmed cases in Dallas, Tarrant, Collin, and Denton counties using this interactive chart.

Author's note: This story contains data from the Texas Department of State Health Services as of June 25, 2020. It does not include any case data reported on June 26. When referencing the infection rate, this analysis examines the span of time during which Texas reached increments of 50,000 confirmed cases - not the state's overall positivity rate based on weekly averages.