The announcement comes after Gov. Abbott tweeted Monday COVID-19 numbers "remained contained," and he would be announcing more reopenings soon. 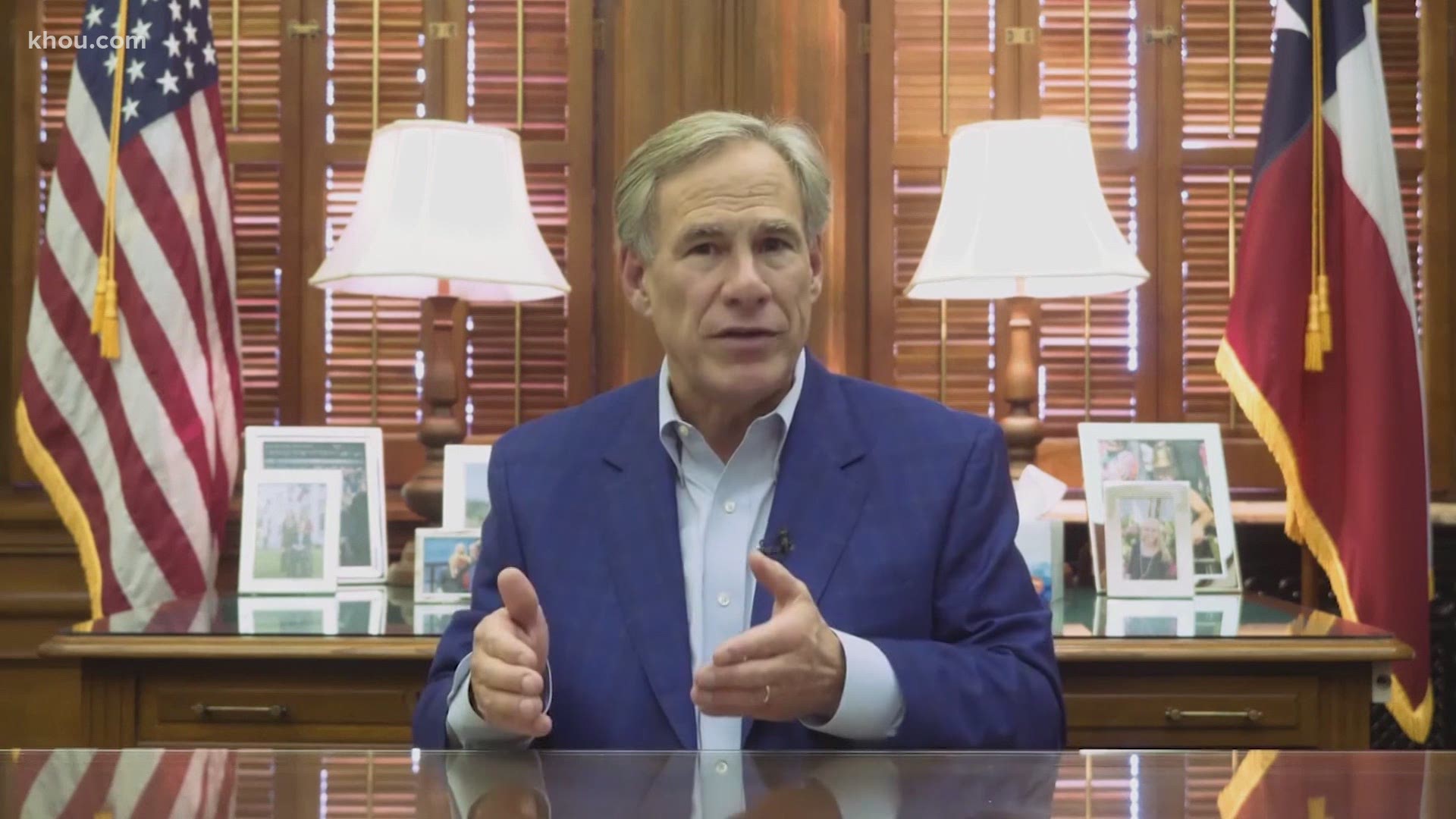 According to Gov. Abbott's executive order, effective Oct. 14, bars can reopen at 50 percent capacity inside, per the county judge's approval. In hospital regions where COVID-19 hospitalizations are less than 15 percent of hospital capacity, county judges will be able to opt their county into opening bars, provided they assist in enforcing health protocols, according to the executive order.

"Months ago, we established the Harris County Threat Level System - critical public health benchmarks to determine the county’s level of reopening and make way for sustainable, long-term reopenings. We have not been able to enforce the Threat Level System, which has led to a much slower decrease in the virus incidence.

"The data guiding county decision-making tells us we are doing much better than we were a few months ago, but we are still at the highest level: red. Indoor, maskless gatherings should not be taking place right now, and this applies to bars, as well.

"We are moving in the right direction because of the community coming together and helping contain this virus. We must not let down our guard or we will be right back where we started.

"The sooner we can get this virus under control means the sooner we can return to some sense of normalcy and the stronger our local economy will be. We would have gotten there long ago if Harris County had been able to take the aggressive measures we needed to take in April and again in June.”

There is no capacity limit outdoors. Gov. Abbott said patrons must wear masks when they are not seated at a table, and tables must be limited to six individuals or fewer.

The announcement comes after Abbott tweeted Monday that COVID-19 numbers "remained contained," and he would be announcing more reopenings soon. The tweet included a GIF of two beer mugs and "Cheers!"

Only bars with permits to sell food and those that reclassified as restaurants have been allowed to reopen since late August. That's when the Texas Alcoholic Beverage Commission (TABC) changed its guidance to allow businesses to use alcohol sales projections or show that they recently had less than 51 percent alcohol sales in order to apply for a Food and Beverage Certificate. If granted, the businesses could then reopen as restaurants.

On Monday, the Texas Bar & Nightclub Alliance (TBNA) responded to Abbott's tweet, saying it has been "putting growing pressure on the governor since August" and anticipating him "to take action in reopening bars safely and fairly." The TBNA said, "Although we do not have official word on whether or not bars will be allowed to reopen, this tweet appears to be a significant step toward reopening."

The executive order also increases the occupancy levels for all business establishments other than bars to 75 percent.