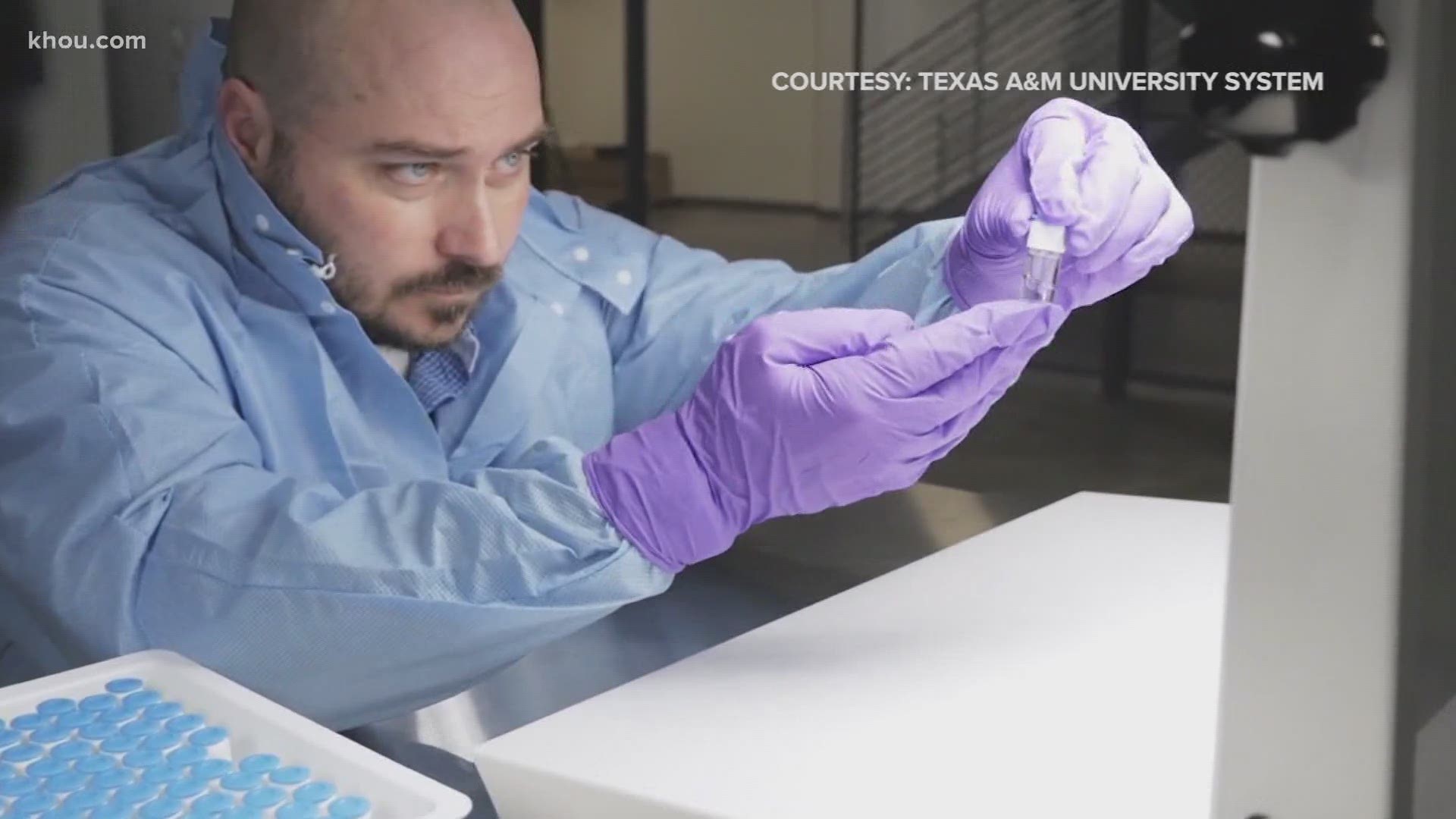 COLLEGE STATION, Texas — A bio-manufacturing center at Texas A&M University in College Station has been tapped to mass produce a COVID-19 vaccine, as soon as one is approved by the federal government.

As part of Operation Warp Speed, the $265 million federal contract reserves production capacity at the Center for Innovation in Advanced Development and Manufacturing (CIADM).

The facility is one of only three in the country under contract to handle such rapid, large-scale manufacturing. It was built on the College Station campus nine years ago in response to the H1N1 influenza pandemic.

“Our facility in College Station at Texas A&M is ready to start mass producing vaccines at the first part of next year when this is expected to be approved,” Sharp said.

Texas A&M is partnering with FUJIFILM Diosynth Biotechnologies and Novavax. President Donald Trump visited a FUJIFILM plant in North Carolina Monday, which is already producing the Novavax vaccine candidate for its clinical trials.

The manufacturing process is slated to shift to College Station in late 2020 and start bulk production in early 2021.

“Things like this are in the DNA of what being an Aggie is about, it’s about public service,” Sharp said. I mean you eventually knew that Aggies were going to save the world right?” he added with a laugh.