Teachers are 'scared' to return to school under TEA guidelines, union leader says

"You just cannot tell someone to walk into a dangerous situation, and if you don't do it, we'll find someone who will," said the head of the Houston teachers union. 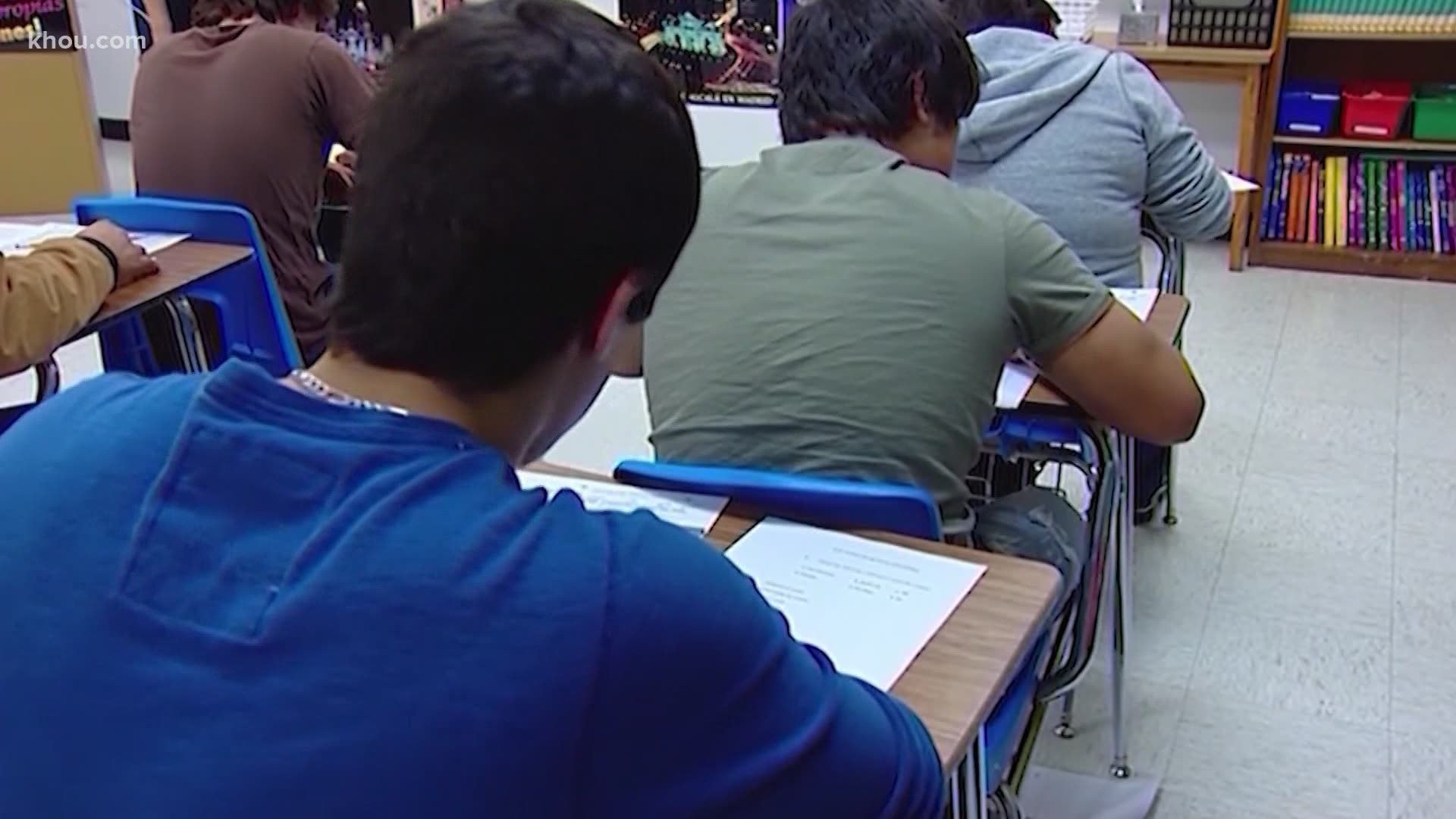 HOUSTON — Texas teachers are being forced to choose between their health and their jobs, a union leader said, in response to Texas Education Agency guidelines for returning to the classroom.

With the COVID pandemic still going strong and the school year inching closer, the president of the Houston Federation of Teachers calls the TEA plan “scary.”

Under the guidelines, parents will have a choice between sending their kids back to school for in-person learning or continuing remote learning at home.

Teachers don’t have the luxury of choosing, Dewey said, and they were left out of the conversation altogether.

"You just cannot tell someone to walk into a dangerous situation, and if you don't do it, we'll find someone who will, and that's exactly what we're talking about here,” Dewey said Wednesday. "Cases are going up. Why don't we have a week or two, 14 days, where we see a steady decline in cases before we start thinking about sending people into these buildings in person?”

Under the guidelines, everyone coming on school campuses must be screened and masks will be mandatory.

But Dewey said the TEA plan leaves a lot of unanswered questions.

He believes the guidelines are geared toward helping parents go back to work, saying they’re more about opening the economy and not about protecting the health and safety on teachers and students.

“Teachers who are parents don’t have that choice. Teachers are going to have to send their kids to school because they’re going to be at school," Dewey said.

Dewey says the majority of his teachers would prefer either teaching virtually 100 percent of the time or a hybrid of the two.

Houston Mayor Sylvester Turner says it's too soon to make the call.

"And I think we are confusing the general public when we are trying to wrestle with this virus right now by focusing on something two months away when the forest is on fire right now," Turner said.