Gov. Abbott: Starting Friday, Texas bars can open at 25% capacity, restaurants up to 50%

Summer camps will also be allowed open this summer; youth sports leagues can begin practicing May 31 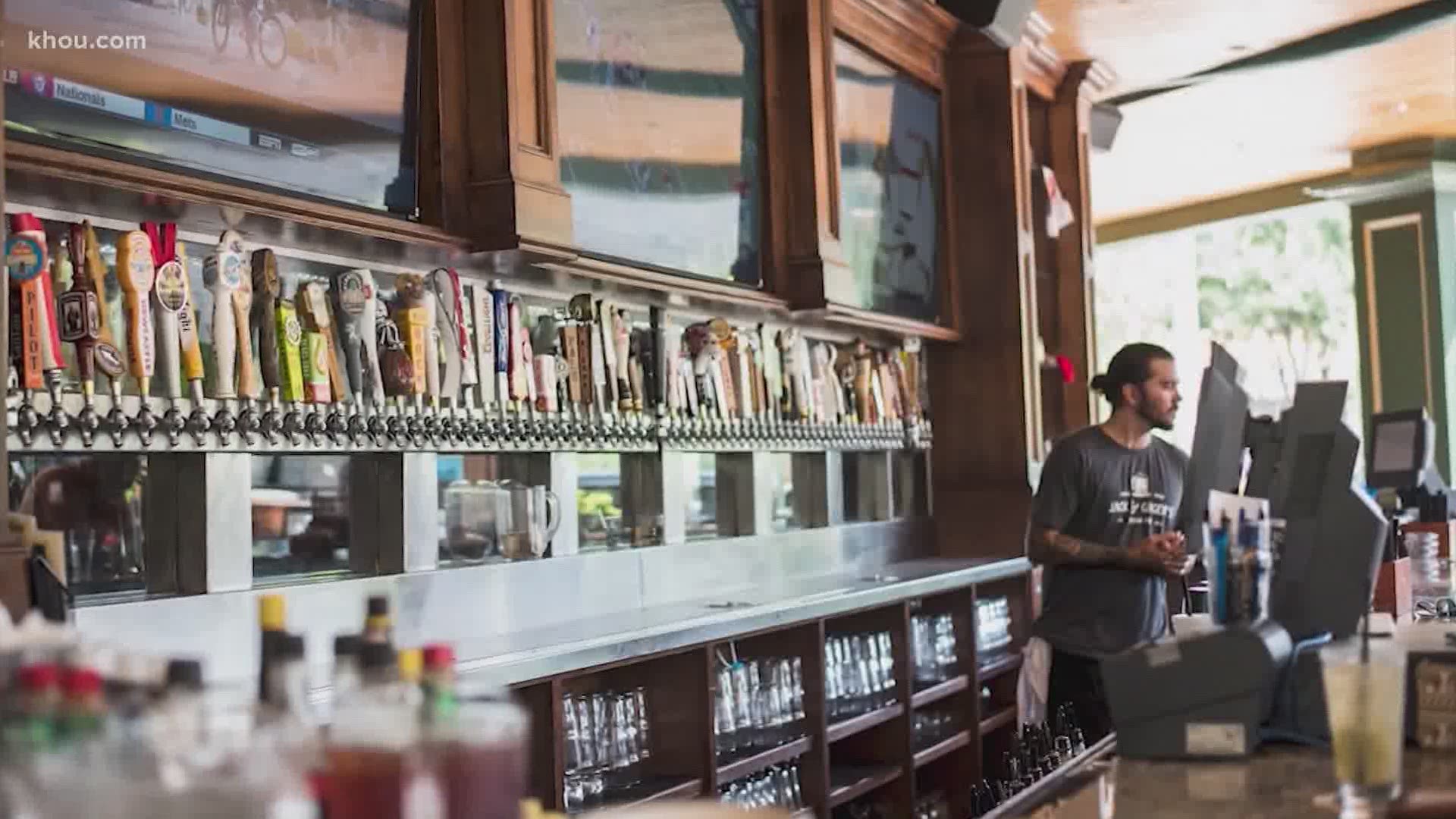 Phase 2 includes opening dates and health and safety guidelines and checklists for everything from bars and breweries to day cares, summer camps and even aquariums.

After being effectively shuttered for months, and putting thousands of bartenders and servers out of work, bars in Texas will be allowed to reopen Friday, Abbott said.

Under new guidelines, bars will be allowed to reopen at 25 percent capacity under very strict guidelines, he said. Breweries, wineries and wine tasting rooms  are also included under these new guidelines.

RELATED: Checklist: How Texas bars will operate when they can reopen May 22

To see the Open Texas Checklist on these entertainment venues, CLICK HERE

Abbott said childcare services, such as day cares and businesses and programs such as the YMCA and Boys and Girls clubs can reopen immediately.

To see the Open Texas Checklist on childcare and youth camps, CLICK HERE

Abbott also said summer camps, including vacation bible schools, will be allowed to open May 31.

All staff and volunteers must be trained on the appropriate cleaning and disinfection, hand hygiene and respiratory etiquette.

Employees and volunteers with underlying health issues should have limited participation or not be allowed to attend the camp. If possible, the state recommends staff wear face coverings at all times. The same goes for campers.

RELATED: Texas youth camps allowed to reopen in a couple weeks but with special guidelines

He said little leagues can start practicing May 31, as well. Parents will be allowed to spectate while maintaining safe social distancing.

In his press conference, the governor said professional sports, including basketball, baseball, car racing, football, golf, softball and tennis leagues can apply to the state health department for approval to hold events in Texas. Those events would take place on or after May 31.

Fans won’t be able to cheer on their favorite teams just yet, though. Spectators won’t be allowed.

RELATED: Pro sports can soon return to Texas...but without the fans

This is a developing story. Refresh this page for updates and watch the afternoon and evening news for the latest.