Teachers claim schools are unsafe and the decision to conduct standardized tests this academic year puts them at an even greater risk. 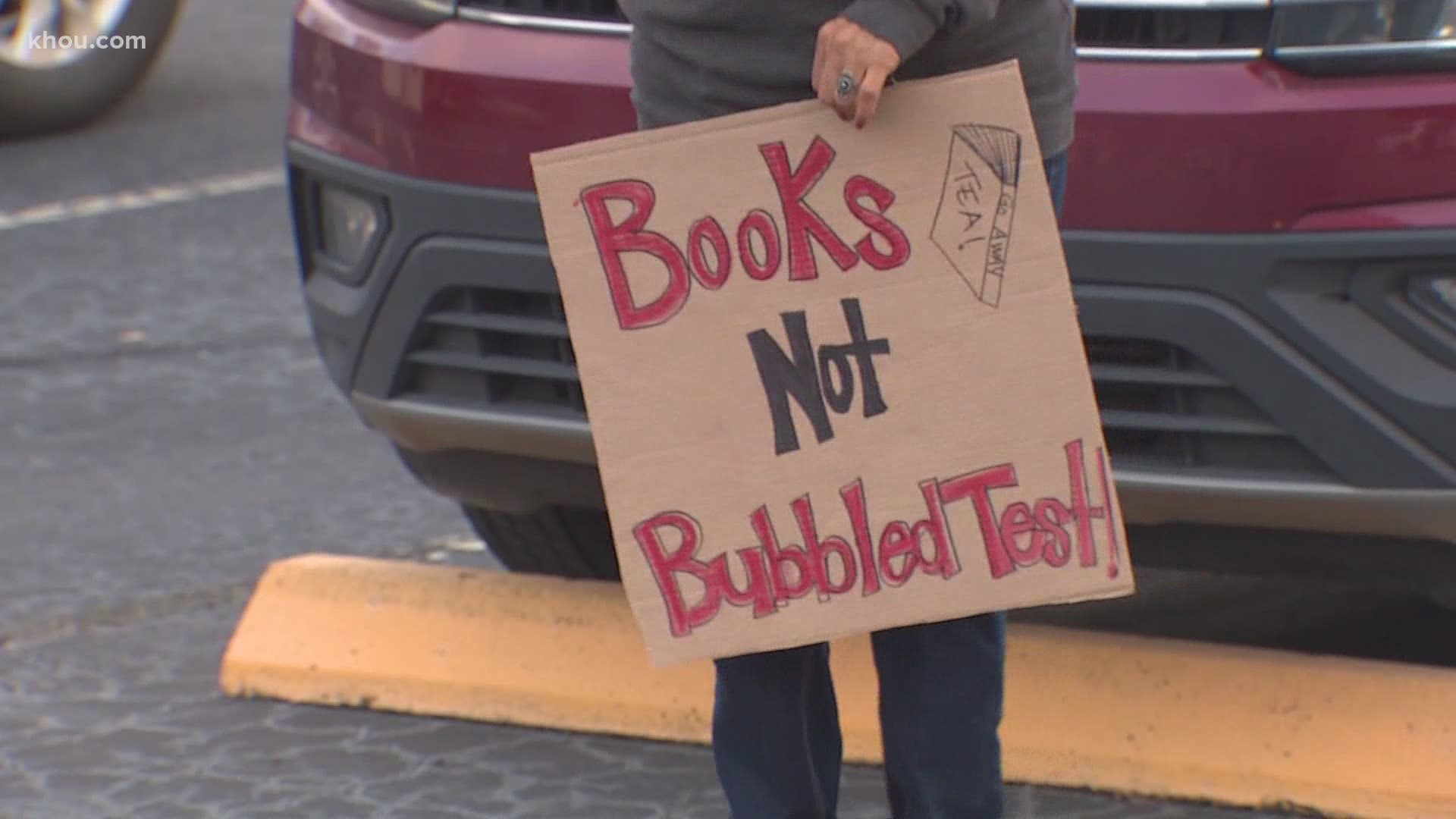 HOUSTON — Several Houston-area school district teachers said they will call in sick to work on Tuesday to protest the Texas Education Agency’s decision for schools to conduct standardized tests this school year.

Teachers at a demonstration in north Houston on Monday said the testing puts everyone at a greater risk of catching COVID-19 and that they already feel unsafe as it is.

We checked with eight area districts who reported a total of 60 teachers out sick.

“Our campuses are not safe, clearly,” said Aurelia Wagner, a fifth-grade teacher at Wesley Elementary School in HISD. “And my question is whose spouse, mother, father or child is going to have to die for these lawmakers to change.”

Wagner said requiring teachers to be on campus is unfair.

Teachers from 60 different schools in 8 Houston area districts. That’s the tally on a “sick-out” today focused on #COVID19 safety and other issues, according to the group Educators for a Safe Reopening. I’ll have more beginning on @KHOU at 4:00 #khou11 https://t.co/h8kj0FppIg

“Who is held accountable for the teachers, custodians and bus drivers who continue to encounter COVID-19 students?” Wagner said. “Because we don’t have a choice to be on campus or not like the students do.”

One teacher at the demonstration said he has already seen the effects of trying to conduct tests during a pandemic.

“Last week, during my test, a student in my class got visibly sick and had to leave the test early,” Aldine High School English teacher Jeremy Eugene said. “Students watched their classmate get escorted out of the room knowing a deadly virus might be the cause. They had to spend the next hours ignoring that in order to take the test.”

In an emailed statement, HISD says it will follow the TEA’s decision to administer the tests and that the school district holds the health and safety of its students and faculty to the highest standard.

“The Houston Independent School District will follow the TEA’s directive to administer the STAAR test this school year, not as an accountability metric, but as a means of gauging students’ academic performances in order to better create comprehensive scholastic strategies and solutions for the future,” the HISD statement reads.

George wrote that their risk of exposure to COVID-19 by asymptomatic, positive students should be enough for educators to be bumped up to the first round of vaccinations.