Lawmakers said the IRS has now received files that have been 'blocking the sending of stimulus payments' to nearly 30 million, including social security recipients. 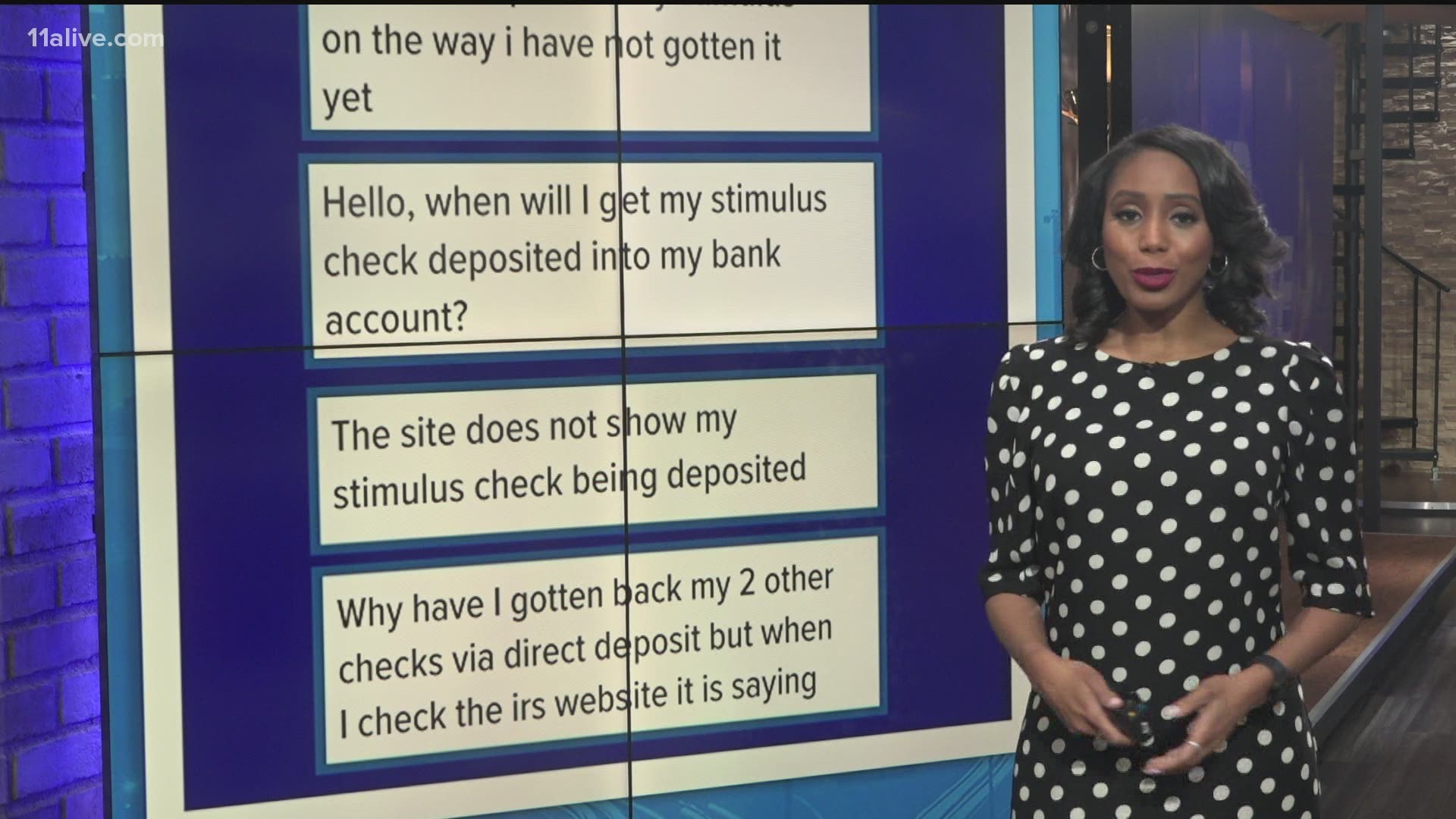 In a statement, committee chair Richard Neal, D-Mass., said they were notified Thursday morning that the SSA "has transmitted the necessary payment files to the IRS that have been blocking the sending of stimulus payments to nearly 30,000,000 Americans."

Neal went on to blame SSA Commissioner Andrew Saul for the delay. In a post on the agency's website Thursday afternoon, Saul disputed the allegation and said employees have been working day and night with the IRS to get files of Social Security and SSI recipients ready.

Saul wrote that the files were delivered Thursday, more than a week sooner than a similar file was given to the IRS during the first round of stimulus checks in 2020.

"There is no one more committed to serving the public than the employees of this agency, and there should be no doubt whatsoever that they are striving each day to serve the vulnerable populations to whom they have committed their careers. I find any insinuation to the contrary to be unacceptable," Saul said.

He added that they worked to ensure the updated files sent to the IRS have accurate banking information for recipients and removed individuals who have died.

The Democratic lawmakers called for the IRS to quickly deliver the $1,400 stimulus checks to those receiving Social Security and other federal benefits.

"Now the IRS needs to do its job and get these overdue payments out to suffering Americans. Further delays will not be tolerated by this committee,” the statement said.

So far, an official date has yet to be set for when those receiving Social Security and other federal beneficiaries will get their money. Though the IRS has said those recipients will generally receive the third payment the same way as their regular benefits.

On Wednesday, the Treasury Department said another 37 million payments have gone out in its second batch, reaching a total of 127 million so far since the American Rescue Plan was signed. But this isn't the final group of deposits, so people need to also be prepared to possibly wait a little longer.

RELATED: Wednesday is stimulus check payday for millions of Americans

If you are getting "Payment Status Not Available" from the IRS stimulus check tracker -- don't be alarmed.

According to the IRS, if you receive that message it can mean one of three things:

The agency said it will continue to issue the 2021 Economic Impact Payments throughout 2021.

Am I eligible for the third stimulus check?

The American Rescue Plan provides households with $1,400 for each adult, child and adult dependent, such as college students or elderly relatives.

A qualifying family of four would receive $5,600.

Do college students, adult dependents get the third stimulus check?

Unlike the first and second rounds of checks, payments for dependents in the third round are not restricted to only children under 17.

According to the IRS website: "Eligible families will get a payment based on all of their qualifying dependents claimed on their return, including older relatives like college students, adults with disabilities, parents and grandparents."

Now it's important to note that if you're a dependent, the check won't go to you, it'll go to whoever claims you as a dependent.