In a one-on-one interview, the Republican senator touched on a number of topics affecting Texans today. 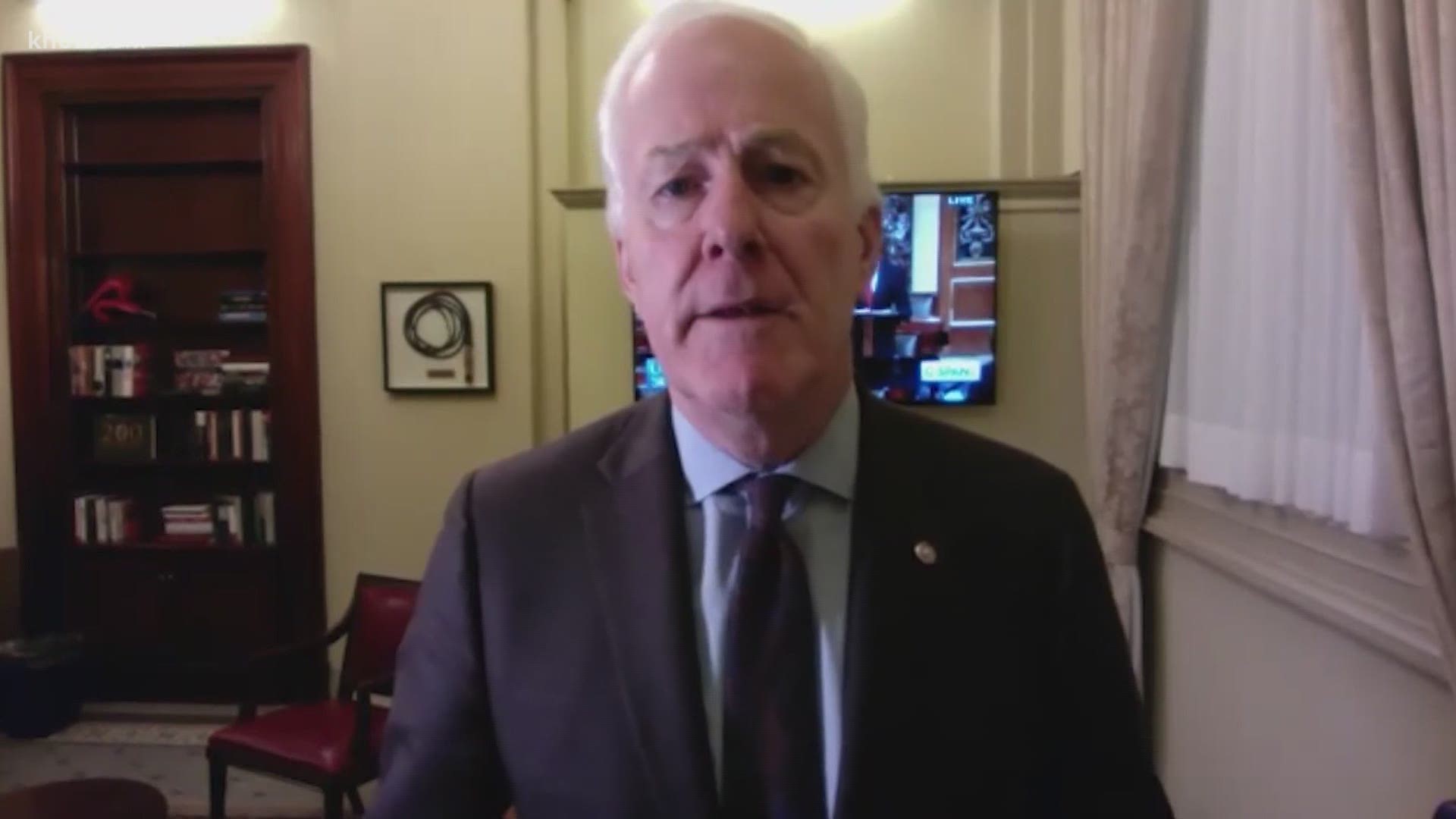 The support is supposed to run out in five days.

“Obviously, in light of what's happening in Texas, this is not a time to pull back on testing,” Cornyn told KHOU11. “I think everybody realizes that we need to tap the brakes and not to and make sure we manage our way through this. So we'll be following up with the personal phone calls (and) if I need to call the president, I will. But I expect this will be worked out here more or less informally.”

In a letter sent Thursday morning, Cornyn and Cruz told the Trump administration, “now is not the time to end federal support of a program that is working and successfully increasing testing capacity – especially for underserved communities in the state.”

[You can read the letter Cornyn and Cruz sent at the bottom of this article.]

In his conversation with KHOU, Cornyn also talked about the report published by the U.S. Government Accountability Office which -- among other things -- detailed that almost 1.1 million deceased Americans received stimulus money totaling nearly $1.4 billion.

“I will and my colleagues, I'm sure, will want to claw back the money that has been paid inappropriately to those people,” Cornyn said. “Obviously, those recipients don't qualify for it. And so they're going to have to return the money.”

The IRS and the U.S. Treasury Department had not previously disclosed the scope of their error. In early May, they issued guidance on returning the money but provided no mandates or information how and if the return will be enforced.

RELATED: The cost of dead Americans receiving stimulus checks and what happens next

“The idea that, well, we just paid $1.4 billion inappropriately, and we're not going to bother to go back and recoup, it is just silly. We need to be good custodians ... of the taxpayer dollar,” Cornyn said.

Texas schools in the fall

As state leaders are trying to work out a plan for the next school year, it is clear that remote learning will be a part of it. But not every child has access to the tools necessary to succeed.

“In some of these rural areas, there's just not enough population to make access to the internet broadband commercially viable. So it's clear to me that we're going to have to do some things to support that at the federal level for a national purpose,” Cornyn said.

Cornyn said a combination of federal, state and local assistance will be necessary to make sure everyone has access to the internet.