The researchers measured the “openness” of states using a score that included requirements to wear masks in public, reopening of restaurants and bars and guidance. 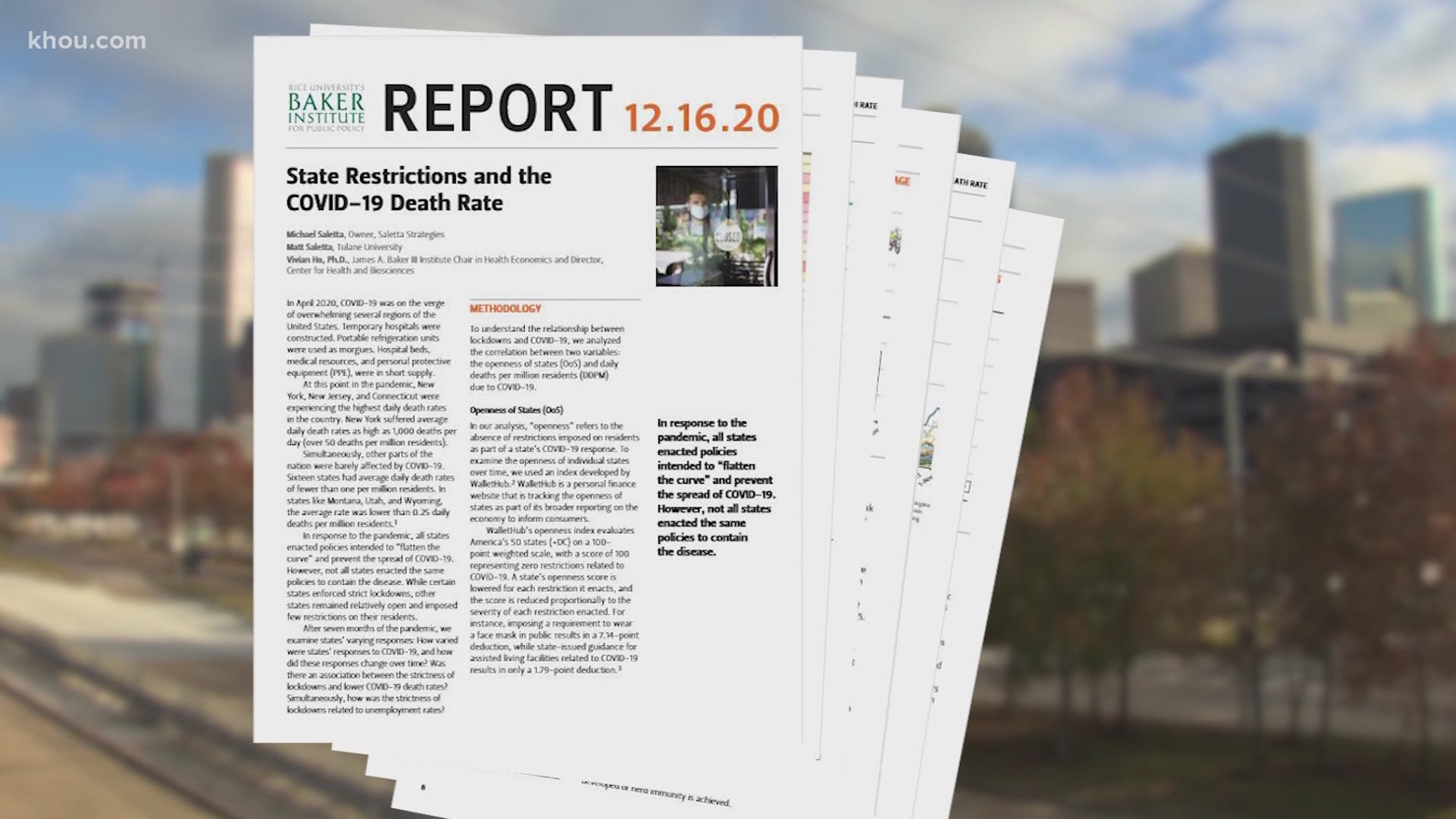 The researchers considered that early actions, such as lockdowns, could have long-lasting impacts that might not become evident until months later.

Researchers evaluated each state's openness, using an index from WalletHub. It scored states based on a range of restrictions, including requirements to wear masks in public, reopening of restaurants and bars and guidance for assisted living facilities.

WalletHub re-scored the states nine times between May 5 and Oct. 5 as their restrictions changed.

Researchers found that states with more deaths early on, such as in March and April, tended to impose stricter restrictions. Several months later, those same states had lower rates of COVID-19 deaths compared to states that had more lax restrictions earlier in the pandemic.

"It was the May restrictions that affected and lead to lower deaths all the way through fall," said Vivian Ho, chair of health economics for Rice University's Baker Institute. "What it's telling us is that, perhaps, early measures matter. What you do early on could have very important implications for deaths many, many months down the road."

Ho said they cannot draw a causal relationship from this data.

"You really can't say whether it's strictly the state lockdowns or people's response to how bad things were," Ho said. "Lockdowns do work. We can't say why they work, but they are effective."

On Oct. 7, Governor Greg Abbott changed restrictions on bars, allowing county governments to decide if they could reopen in any capacity, as well as requiring face masks in counties with more than 20 COVID-19 cases as of July 2.

“Either way, you’ve got to change the behavior, get people to wear masks to be careful, or you have to impost the lockdowns and it will save lives," Ho said.

There is also an economic impact to COVID-19 and lockdown measures.

Ho said people's buying habits changed because of the virus, with large percentages choosing to shop or order food online, instead of in-person. That led to large numbers of unemployment.

“If you were able to dramatically reduce the prevalence of the virus, then you would have the economic activity that you need to restore unemployment," said Ho.