Scientists worldwide are taking a shot at developing a coronavirus vaccine while others are working on another option to combat the virus: a nasal spray. 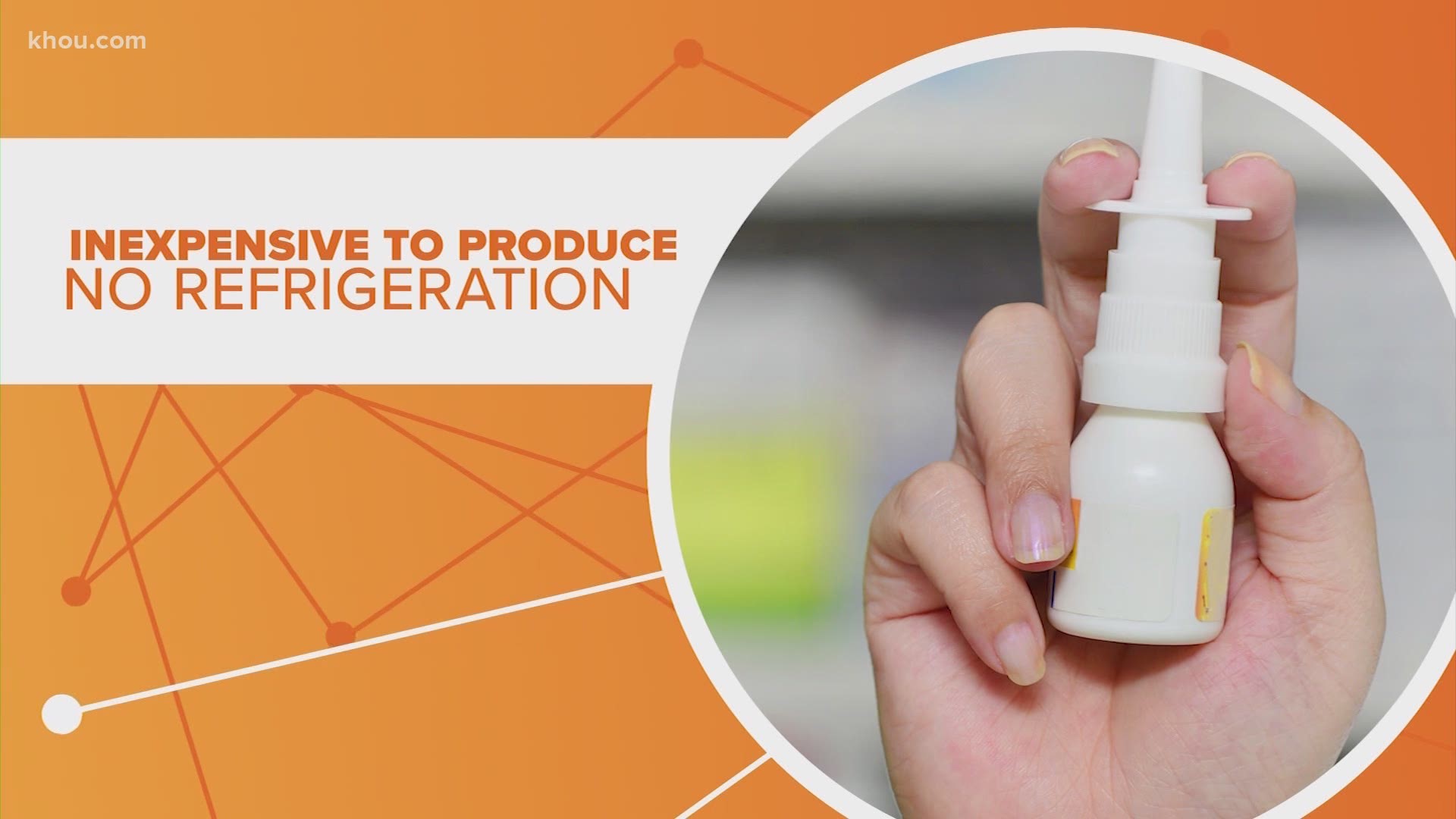 Researchers believe they have come up with a novel way to stop the spread of coronavirus: a nasal spray.

The spray is not a vaccine or even a drug to treat COVID-19 instead it blocks the body from absorbing the virus.

It has been developed by an international team of scientists and testing is still in the early stages. Right now, the researchers say they have successfully used it on ferrets, which may seem odd, but the animal is often used to test treatments for human respiratory diseases.

Inexpensive to produce, no refrigeration

If they can prove it works on humans, it would be a new way to battle this pandemic.

Researchers think people could use the nasal spray once a day to prevent contracting coronavirus. It is inexpensive to produce and does not require refrigeration, so the hope is it could be used in countries that will have a harder time distributing a vaccine.

Similar sprays have been developed

While the idea sounds a little out there, it's not actually unheard of.

Researchers have developed similar sprays called fusion inhibitor peptides, but they were for viruses that are either not widespread or already have a vaccine. So there has been little commercial interest.

More research needs to be done on this one but scientists are hopeful.