Jerry Pacheco is the second Houston firefighter to die from coronavirus. 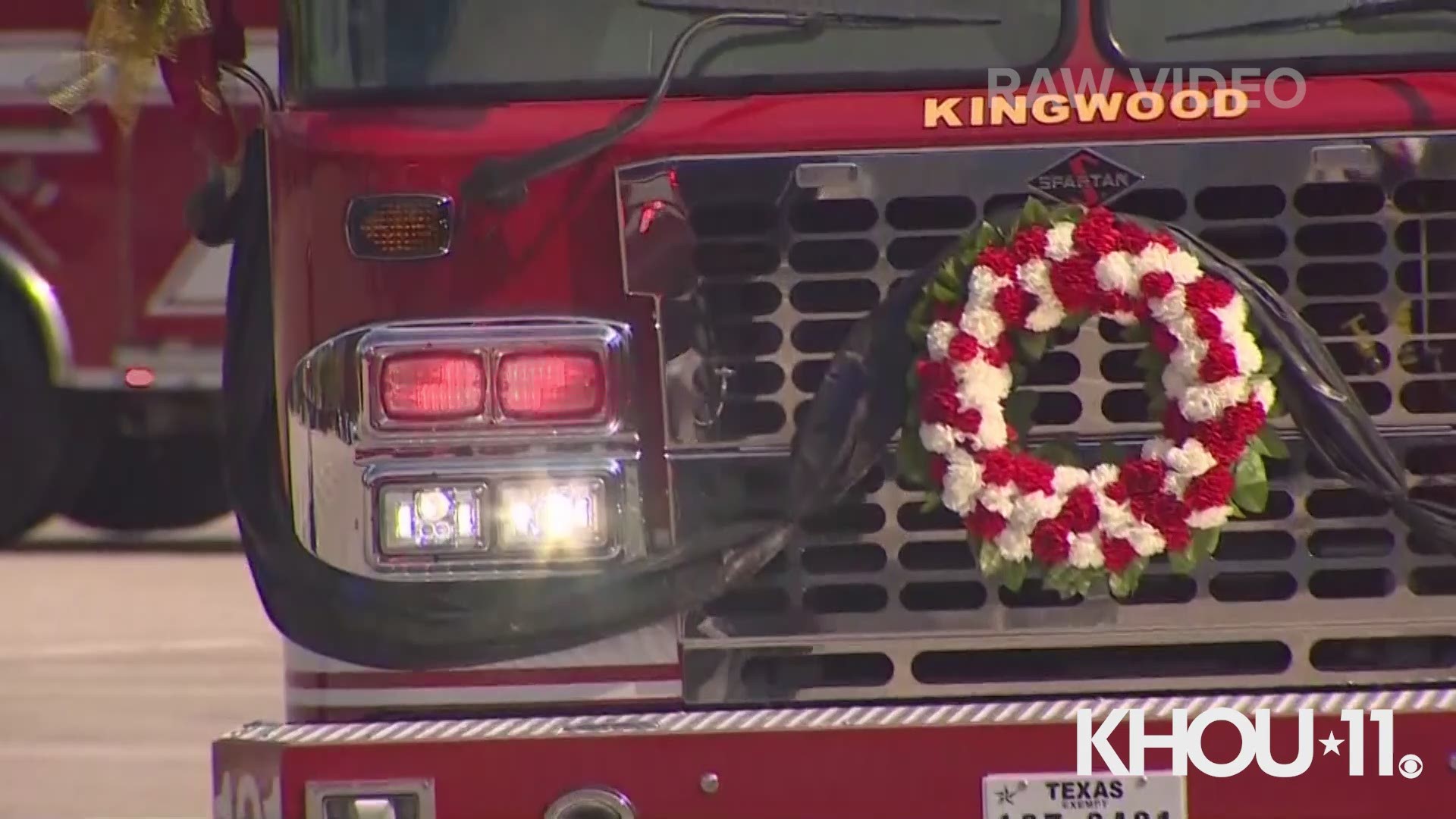 HOUSTON — Houston firefighter Jerry Pacheco, who died after a hard-fought battle with COVID-19, was honored with a funeral service Saturday at First Baptist Church.

Before the ceremony, Houston firefighters led a march while Pacheco's casket was escorted to the funeral service in a firetruck.

Pacheco is the second firefighter to die from the coronavirus with the Houston Fire Department.

KHOU 11 has confirmed Jerry Pacheco's mother has also come down with the virus and can’t attend the funeral.

Jerry Pacheco was a 17-year veteran firefighter stationed in Kingwood who died from coronavirus. His son Justin is a firefighter, too.

“His son wanted to walk and follow in his father’s footsteps," Lancton said.

The funeral procession will make a special trip in front of Jerry Pacheco's mother's home.

“I do know we are making arrangements to where we can allow his mother to be able to see the legacy and the traditions of the Houston Fire Department,” Lancton said.

Pacheco is the second Houston firefighter to die from the virus. The other is Captain Leroy Lucio. So far, there have been about 5,000 reported exposures, 1,000 firefighters quarantined and more than 200 positive cases at HFD.

The union has been advocating for a uniform testing policy. As they prepare to bury one of their own, they say it’s a reminder the impact the pandemic can have on first responders and their families.

“I do know his dad would be very proud of Justin, and he knows that he will help carry on his legacy just like every single Houston firefighter," Lancton said.

The funeral is at 10 a.m. Saturday at First Baptist Church. It is being considered a line-of-duty death.