Lawmakers have not yet 100% agreed upon a second round of payments, but we know of some of the options being considered. 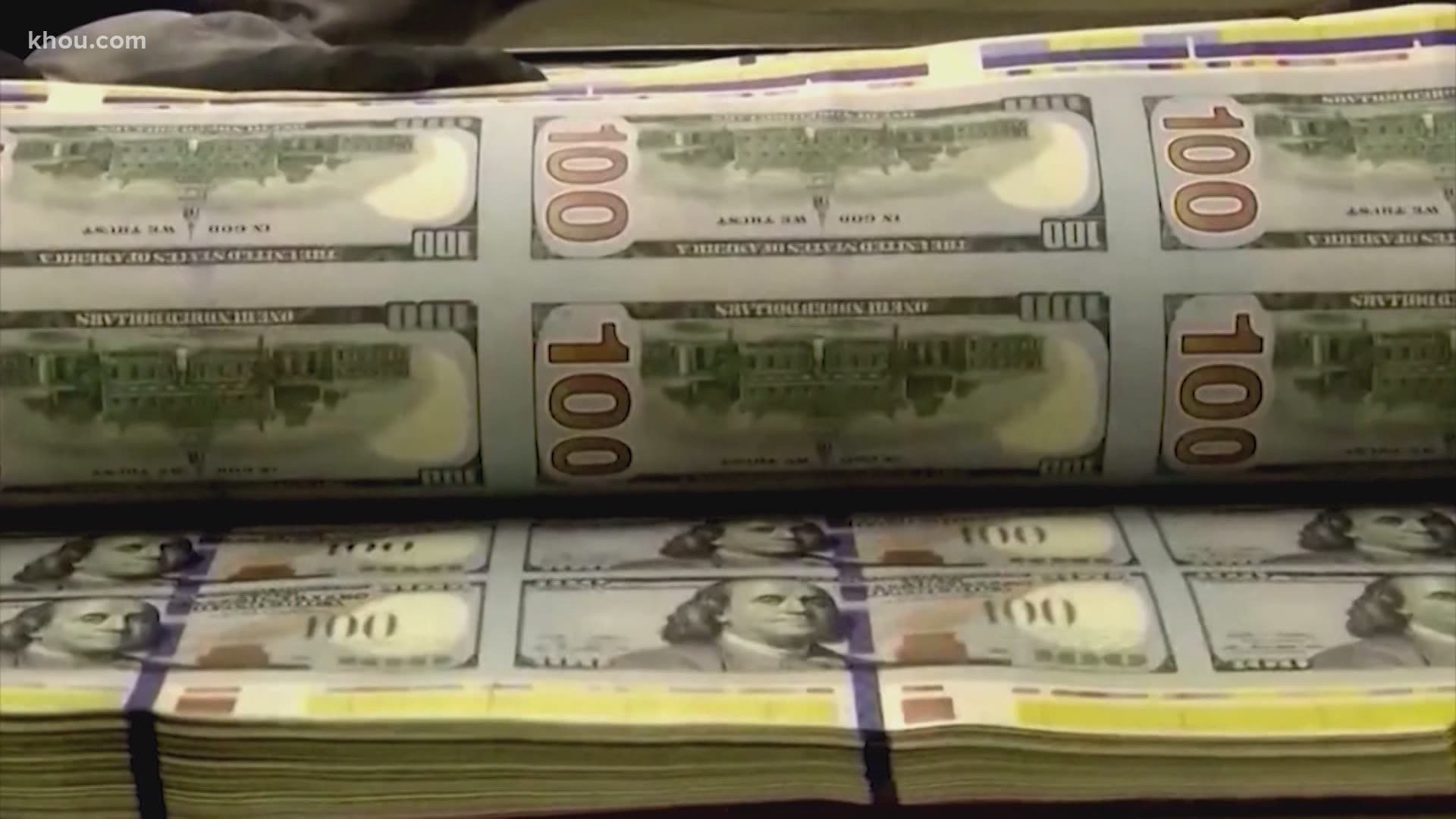 HOUSTON — Congress is in recess, and they don't get back to work in Washington until July 20.

And when it comes to a possible second round of stimulus payments, nothing is set in stone quite yet. There are still several options being discussed at this time, but we can still make several educated guesses about how much a second payment might be worth.

So what's the timeline for another possible payment to Americans from the IRS? It won't happen anytime sooner than July 20.

Senate Majority Leader Mitch McConnell has discussed the date of Aug. 7 as a date to have a finalized bill, and that's likely because Congress has another recess after that.

The Wall Street Journal is reporting the Trump administration is also working on its own plan.

Here are a few of the options being thrown around:

Another stimulus payment - but perhaps stricter

There's been talk about it being anywhere from $1,200 to $2,000 for every member of the household, regardless of age. There's also talk that the checks could be limited to people who make less than $40,000 a year.

CBS NEWS reports "there is good news and bad news on the prospects for additional government assistance." The proposed $3 trillion HEROES Act would authorize another round of payments. The bill was passed by the Democrat-controlled House in May but still needs to get through the Republican-controlled Senate. It's unclear what the final passage of the act would look like, but we can still make some estimates as to how much money would go out.

To see how much you would receive under HEROES, you can check this stimulus calculator from OmniCalculator.

It offers a larger payment than the first payment, which was the  Coronavirus Aid, Relief and Economic Security Act.

According to Forbes, some Republicans are talking about a “Return to Work” bonus of $450 a week instead of extending the unemployment benefit supplement of $600 a week, which is set to end soon.

RELATED: $600 extra unemployment benefit ends sooner than some might think

RELATED: Texas won't collect overpaid unemployment benefits in instances when it was the state's mistake

Still waiting on the first payment?

Remember checks are being mailed out all the way through September. If some glitch keeps you from getting it, you can always claim it as a credit on next year's taxes.

Tanya Rivera at WFMY contributed to this report