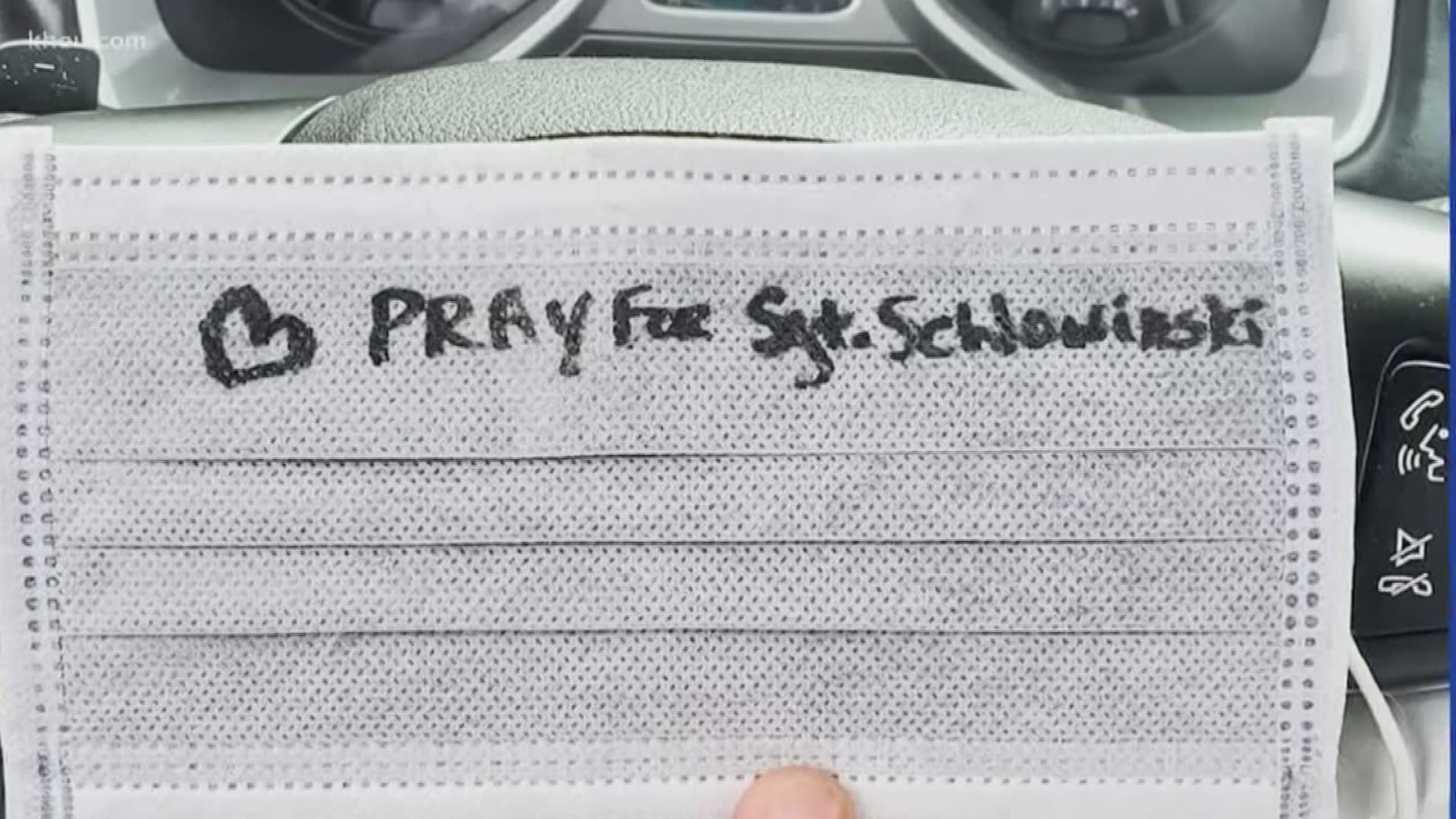 HARRIS COUNTY, Texas — The family of hospitalized Harris County Sheriff's Office Sgt. Raymond Scholwinski said they have received prayers from around the world and they believe those prayers are working.

“The last conversation I had with my dad before that was, (that) we need prayers," Anthony Scholwinski said.

A conversation cemented in his mind that sent Anthony on a mission to share his father’s story.

“It’s gone viral. Over 2 million people have certainly viewed the prayer vigil and I’m sure have said prayers," he said.

For six days, Sgt. Raymond Scholwinski has been in critical, but stable, condition.

Raymond Scholwinski is 70 years old. He’s been with HCSO since 1994, but started volunteering in 1979.

“He was just getting ready to retire, but as any man would he wanted to be able to do a little more,” Anthony said.

Raymond Scholwinski and his wife both tested positive for coronavirus. She was able to recover at home, but he was admitted to the hospital on March 29.

Since then, this family said they gather every night at 9 p.m. to pray.

“God’s in control, we know that. We’re confident and we know he’s watching over our dad," Anthony said.

Raymond Scholwinski is still unable to respond. Anthony said several family members are recording videos for their dad so he can watch them when he wakes up.