What would another surge of COVID-19 patients mean for frontline workers?

The numbers of coronavirus cases in Houston is on the rise and, on Monday, Mayor Turner sounded the alarm on what he says could be a third wave. 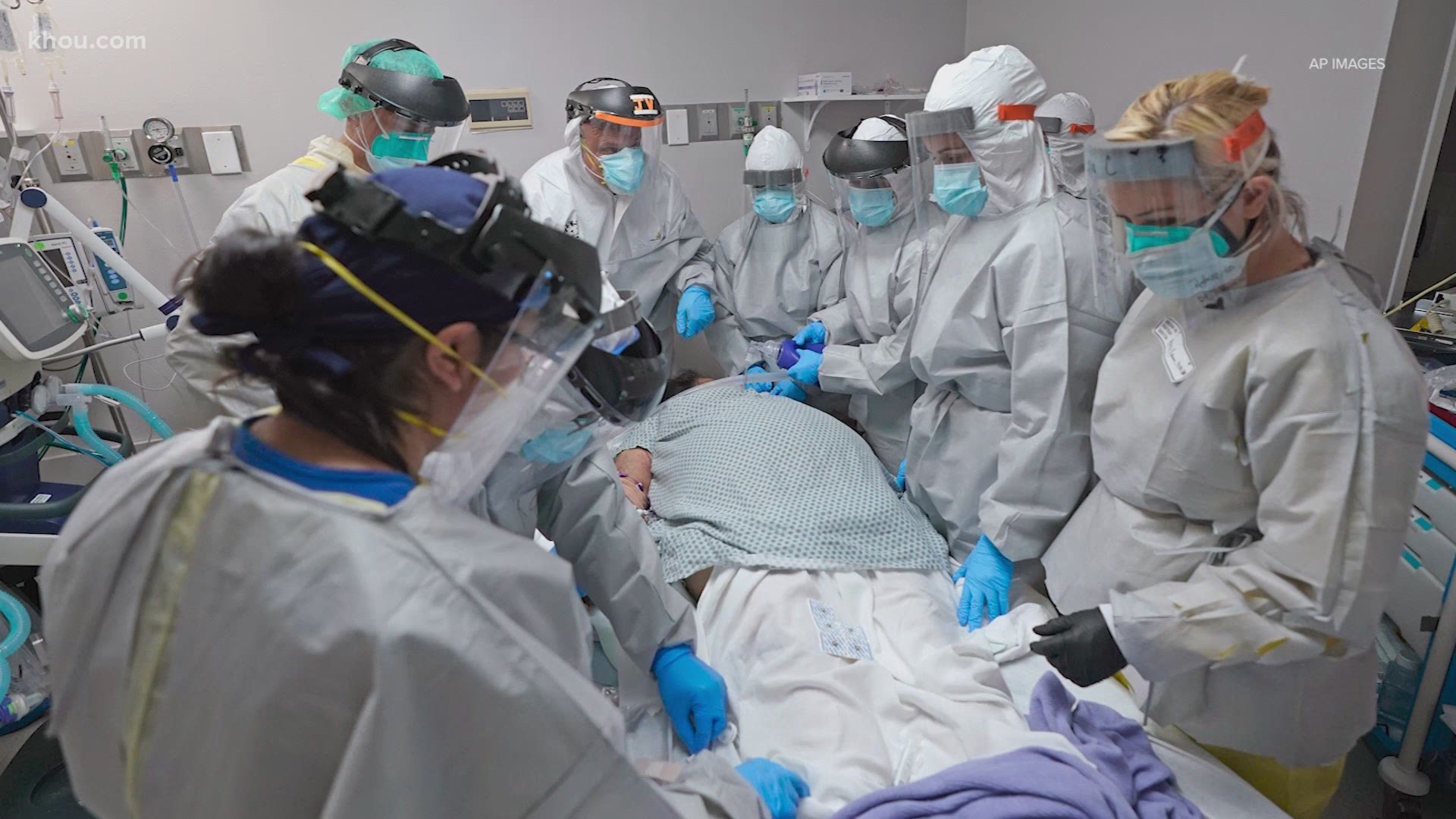 HOUSTON — The number of new COVID cases in Houston is on the rise. On Monday, Mayor Sylvester Turner sounded the alarm ahead of what he says could be a third wave of cases.

She's been working in her field for 32 years and now even teaches on the subject. During the pandemic, she’s had plenty of real-life scenarios to share with her students.

“You have to go in, in full gear, which we sweat, and we can’t really replenish because we don’t have time to stop and drink water," she said.

Lahart said the summer months when COVID-19 cases peaked in Houston it was tough. While she said things like PPE are no longer in shortage, the impacts on frontline workers are real.

“You get not only emotionally tired but physically exhausted as well because you are going, going, going," she said.

In Houston, the number of hospitalizations remains steady, but the number of new cases is up. In the last week, we’ve seen two days over 200 for recent cases and one day above 400. This summer, Houston was around 1,000 a day during the peak.

“Some experts believe Houston could eventually be facing a third wave or at least another surge of this virus," Turner said.

Lahart said her message from the frontlines is to take precautions.

“Yes, it’s annoying to put on a mask. Yes, things are limited, but, you know, if you are in the ICU on a ventilator in a bed by yourself, with strange people taking care of you, that’s worse to me,” Lahart said.

We could soon start to see patients come to Houston from the surge in West Texas, but it will be in small numbers. The Houston Health Department says they only expect two to four patients to be transported a day.