Dr. Jacob Glanville's team took antibodies used to neutralize SARS and used technology in their lab to adapt them to recognize COVID-19. 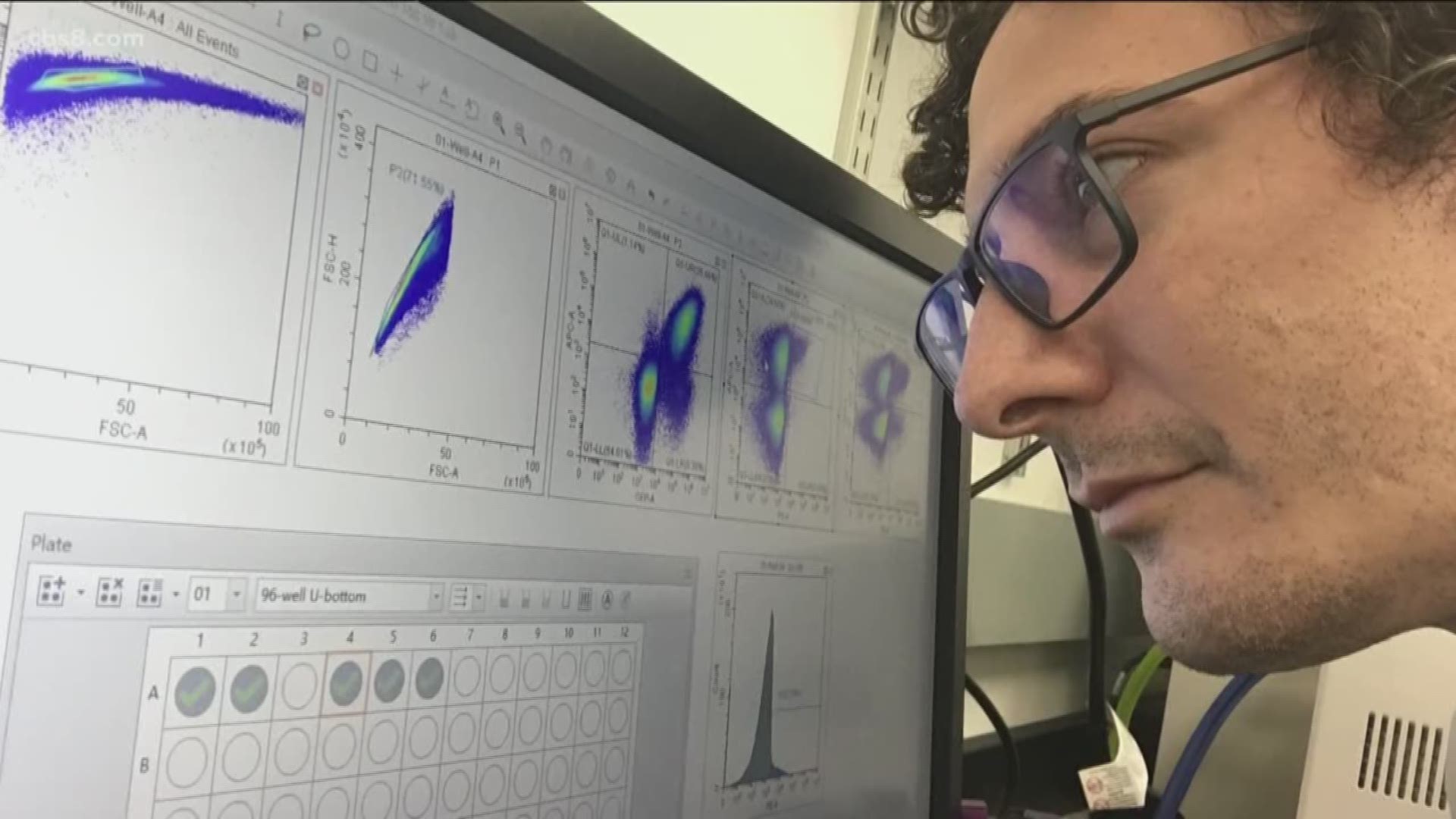 CALIFORNIA, USA — A California scientist and his team say they have found a potential cure for COVID-19.

News 8 introduced you to Dr. Jacob Glanville of Distributed Bio a couple of weeks ago. He's one of the doctors featured in the Netflix show "Pandemic." His team in the Bay Area has been working around the clock trying to come up with a drug to treat COVID-19. Monday he announced he believes they've found one.

"We are happy to announce we have completed the engineering and we have some very potent antibodies that can be effective against the virus," said Dr. Glanville.

On Wednesday, during the daily White House Coronavirus Task Force briefing, Dr. Fauci was asked about Dr. Jacob Glanville’s work with antibodies, and said he supports the concept of monoclonal antibodies.

Below is News 8 reporter Kelly Hessedal's extended interview with Dr. Glanville and the answers he gave on the potential cure:

How did you come up with this potential cure?

We took a series of five antibodies from around 2002 that were able to neutralize SARS. We were able to use technology in our laboratories to evolve those antibodies against SARS to adapt them to recognize COVID-19.

We tried with five different antibodies because we weren’t sure which one would work the best. All five worked so we have a pretty powerful tool chest available to us right now to produce a final therapeutic.

Would the drug be a shot? Or a pill?

We think we will be able to deliver it as a shot. We’ve been deliberately trying to engineer extremely potent antibodies because if they’re potent you need less material and then you could give it as an injection.

Will you be doing the trials on sick patients in the United States?

This is a conversation we’re having with the United States government on exactly where the study is being done. We're also talking to the European Commission.

What is the next step?

We are sending [the antibodies] to the military for confirmation testing and to Charles River Laboratories for safety and tox characterization. We’ve partnered with two different companies that will help us scale up large batches of the antibody for production. We're in discussions to start humane phase one/two trials that would happen at the end of the summer.

Pending good results - [if] we see the drug is safe and helpful means we could start releasing it for compassionate use in September.

How excited were you when you guys realized all this hard work you put in may have really paid off?

I have a remarkable team. It blows me away the endless amount of time they were able to invest in this.

View all coverage of coronavirus / COVID-19

NEWS 8 joined forces with The San Diego Foundation to raise IMMEDIATE, EMERGENCY FUNDS for our most vulnerable neighbors in need. Here is how you can help.

According to the CDC, coronavirus (COVID-19) is a family of viruses that is spreadable from person to person. Coronavirus is believed to have been first detected in a seafood market in Wuhan, China in December 2019. If someone is sick with coronavirus, the symptoms they may show include mild to severe respiratory illness, cough, and difficulty breathing.

Currently, there is no vaccine, however, the CDC suggests the following precautions, along with any other respiratory illness:

The CDC also says facemasks should only be used by people who show symptoms of the virus. If you’re not sick, you do not have to wear a facemask.