Out of Stock: Shoppers make a run for germ fighting products, paper goods to prepare for coronavirus

Psychiatrists say this may do more harm than good. 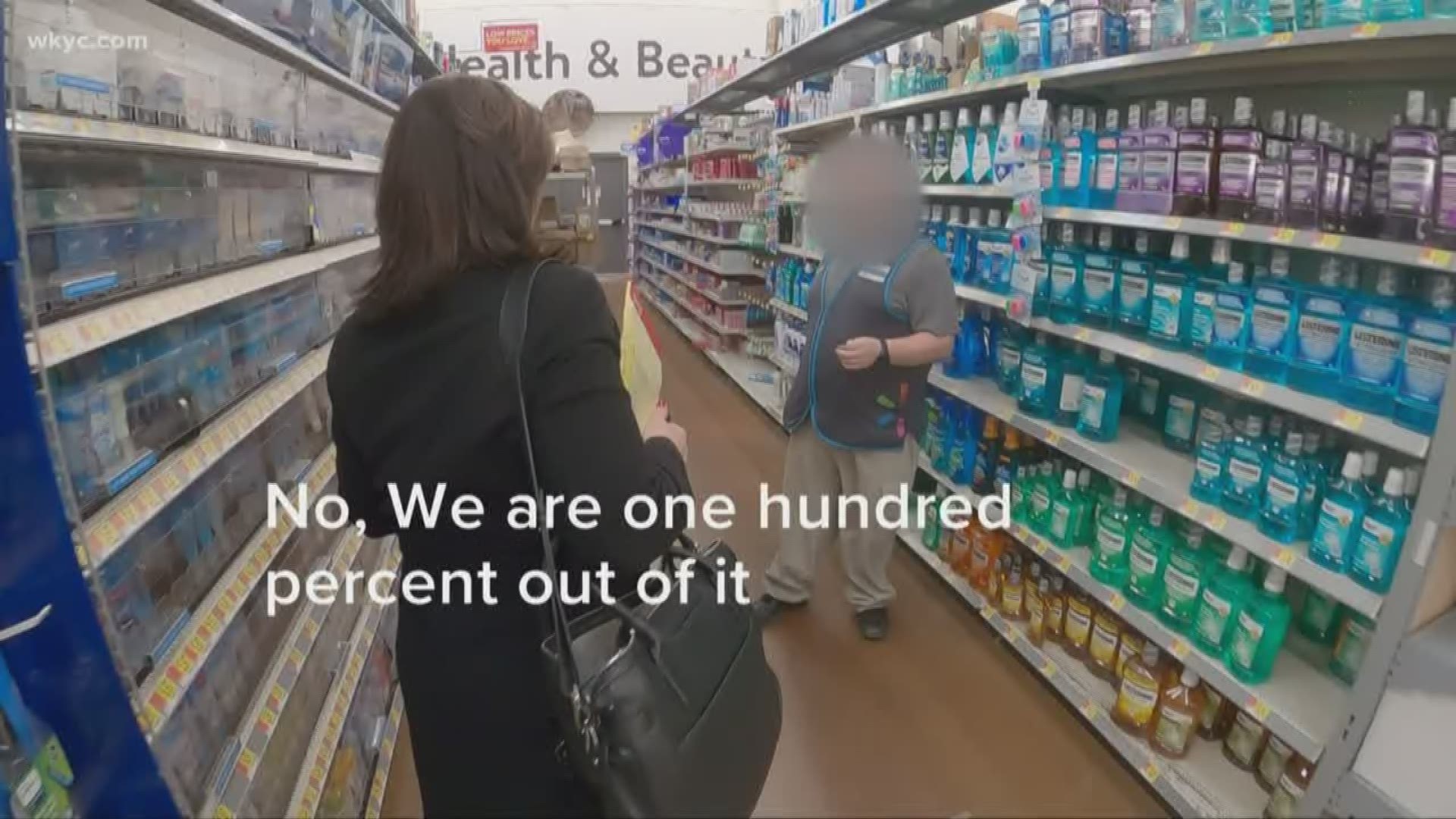 CLEVELAND — Just about everything to do with germ fighting; even paper towels and toilet paper are out of stock in many stores and online.

People are preparing to hunker down for the long haul in case the coronavirus gets worse.

One young woman, covering her face with a scarf, telling us she was there helping her grandmother, “Preparing her so she can be at home locked in."

When we tried to find disinfecting soap, an employee told us "we're 100% percent out of it." And the same was true for the Walmart he regularly works at in West Virginia.

Some shoppers say they’re stocking up in case the stores themselves are affected, "If the stores become contaminated from people being sick, they will close the stores,” one lady told us.

Others, said they weren’t necessarily nervous, but they were stocking up, “just in case.”

The shelves were nearly bare at Target as well. And products were in such short supply the store was limiting purchases of multiple disinfecting products.

Shopping online was no better. At cvs.com, we couldn’t find any Lysol spray or disinfecting wipes. Other items had limited supplies.

In fact, when I ordered a lesser known disinfecting spray online at Walmart, before I even got to the store, I received an email saying they were out of stock and didn’t know when they would receive more.

So what's going on?

Dr. Patrick Runnels, a Psychiatrist with University Hospitals says, "When we get fearful we tend to have the logical part of the brain shut down."

He adds, while fear is normal in these times, hunkering down for weeks is overkill for most of us, and will take a toll on our mental health.

"It's ok to be hanging out with small groups of friends. It's ok to spend time with your family,” he says. But, “You don't have to lock up indoors. Exercise is incredibly helpful."

For one woman we found buying toilet paper though...it was just timing.

"I'm legitimately out of toilet paper. I just want to make sure I can get some when I actually need it.

Click here for more information on handling the anxiety over Coronavirus.

Thursday shoppers flooded grocery stores to stock up on food and other supplies.  At a Cleveland area Giant Eagle, the checkout lines were long with about 25 people in each one.

"I was surprised how long they were, it's taking about a half hour to get through them," explains Todd Semrock who says he was just buying essentials.

"There's just things we need to have stocked in our house and I got caught up with everybody else that's here to clean the shelves."

According to the Department of Homeland Security you should "store a two week supply of water and food" before a pandemic. 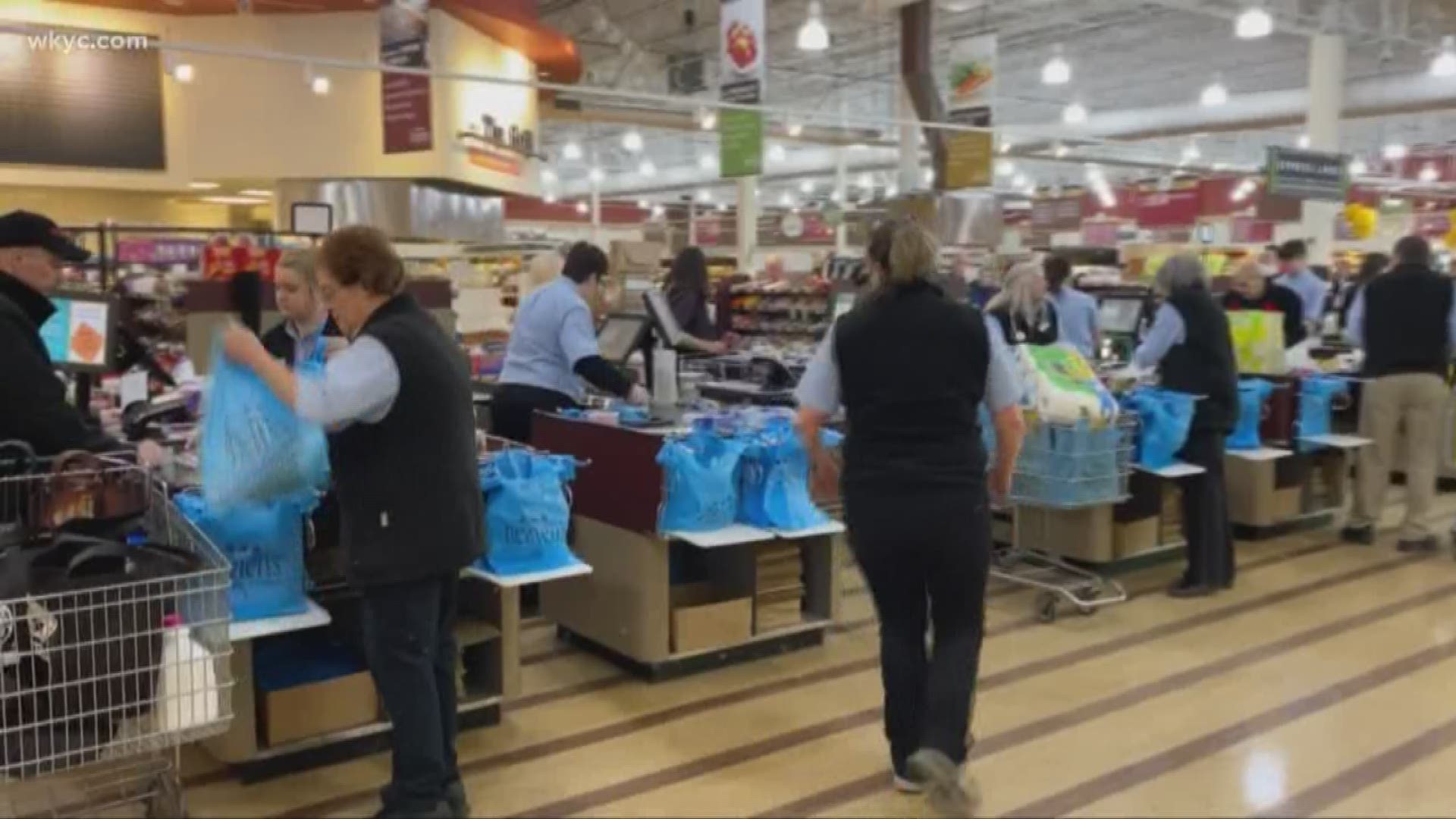 RELATED: Ohio Department of Health director believes more than 100,000 people in the state are already carrying the coronavirus

RELATED: #3Consumer: Are you seeing stocked store shelves in your area?

RELATED: List: Northeast Ohio institutions, locations, & events that have been closed, restricted due to coronavirus threat