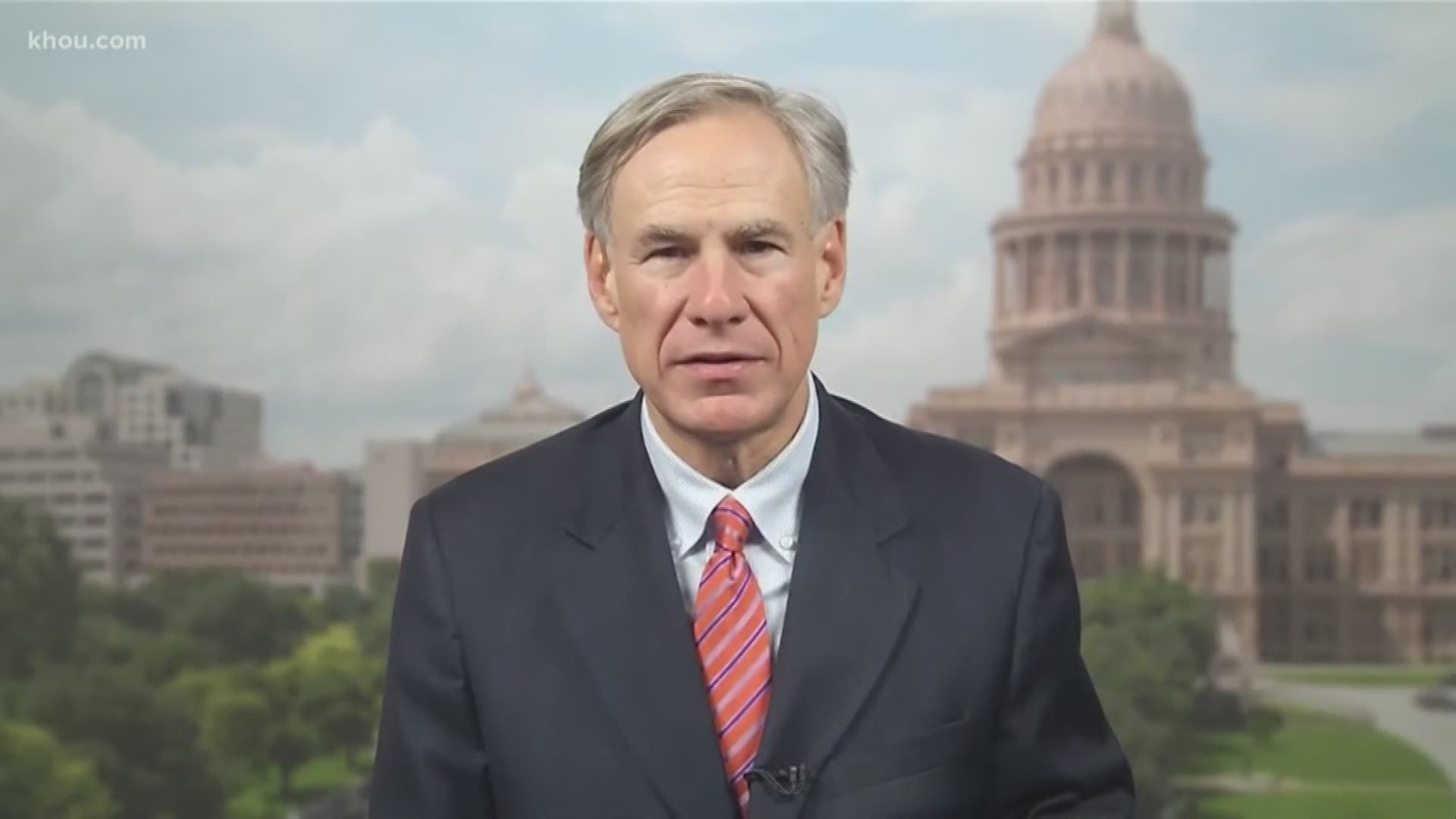 Governor Greg Abbott joined KHOU11 for 8 minutes Tuesday to discuss the state of preparedness for COVID19.

Tuesday, the Governor activated the Texas Army National Guard, but hasn’t deployed any units. KHOU11 asked the Governor about the timeline for deployment and what it would take for the troops to hit the streets.

“We are increasing in a large-scale way the number of drive-through testing locations and we need to make sure that's done in a very orderly fashion,” Governor Abbott said. “There are some jurisdictions who are requesting assistance for operational control of those locations. We've also had some other requests from some hospitals in the state of Texas also to maintain some operational control as they build out some other facilities and so on. Pretty much as an as needed or as requested basis is just one way that Texans can step up and help out.”

The Texas Military Department has been activated to provide support in the COVID19 response efforts, Texas Army National Guard said in an emailed statement.

Watch the full interview below:

"We are currently in the middle of planning efforts and preparations that ensure our Texas Guard can respond around the state as needed,” said Lt. Col. Laura Sanchez Cross, Texas Military Department State Public Affairs Director. “The Texas National Guard has unique resources and equipment to support our civilian partners and we bring a wide breadth of expertise and assets to enhance the COVID-19 response with trained personnel for this type of emergency. We hope that the people of Texas find comfort in knowing that we are Texans and we will work together during this difficult time."

“I convened a meeting this morning with the CEOs of all the hospitals, major hospitals in the entire state of Texas to get answers to that very question,” Governor Abbott said. “And actually, what I came away with is that they weren't lacking in beds right now. But what we collectively prepared for was the response to a massive increase in demand for those beds. And we have five levels of different types of responses that we are now able to deploy in the event that there is increasing demand for these beds.”

Governor Abbott said one of the top tier strategies are medical tents. “We already have medical tents in what are called medical regions across the state of Texas,” he said. “They can be immediately deployed.”

The Governor said plans are in place to treat or isolate everyone who needs it.

“There are a number of either hospitals or clinics that have been shut down just recently, so they could be stood back up in a moment's notice and be operational,” he said.

The Governor said entire hotels are available in different regions of the state for people not in critical condition.

He declined to say where those hotels were located.

“We're working to ensure that every region will have access to one or more hotels. But listen, the hotels are the last strategy,” he said. “That would be for people who are not in critical condition, but just people who've been diagnosed as having COVID19, but need a place to stay in isolation with a bathroom in it where they don't contaminate anybody else.” To protect from contamination.. People testing and treating COVID19 patients need masks, gowns, what is called personal protection equipment, which politicians and first responders have said was in short supply. “We recently received a large amount from the national stockpile that we are distributing across the entire state of Texas as we speak,” the Governor said. In a news conference Tuesday, the Governor said Texas is ready for COVID19.

“The state of Texas has been prepared,” he said. “We continue to be prepared.”

RELATED: How to file for unemployment in Texas if your job is affected by coronavirus