Small business owners say they welcome the opportunity for more customers, but some were offering a curbside option before it went statewide. 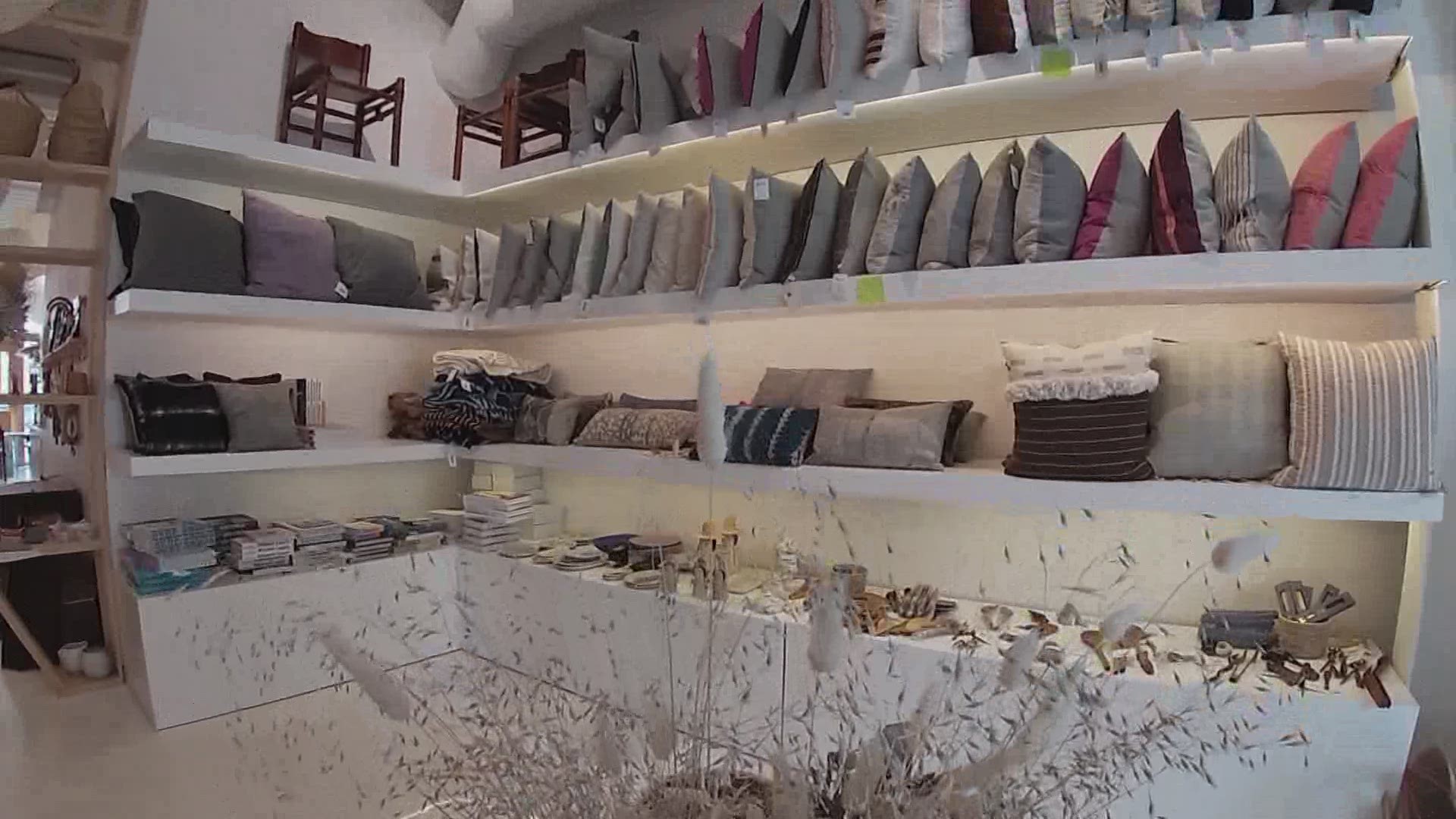 DALLAS — Four days out from the start of “retail to-go” across the state, small businesses in North Texas shared a mix of anticipation and realization that the measures may have a limited impact on consumerism, which has been decimated by COVID-19.

There’s plenty of parking and wide open sidewalks in the Bishop Arts section of Oak Cliff in Dallas on Monday.

In nearly all of our familiar retail spaces, each day looks much like the previous, none of them good.

Molly Mathias sees it all outside Magic Hour, a home decor retailer.

“Our business has been cut by 90% I would say probably,” said Mathias.

She says the other 10% is comprised of online sales. She furloughed her five employees even before Dallas County issued its “safer-at-home” order on March 22.

However, to stay afloat, Mathias has already been allowing customers to use curbside pickup

“We put gloves and masks on and run it out to their car real quick,” Mathias said. “I don’t think it’s going to really make a big difference come Friday.”

Gov. Greg Abbott announced the start of “retail to-go” for businesses as part of phase one of a plan to slowly reactivate the Texas economy.

Abbott said he would outline further specifics about “retail to go” on April 27.

Retailers, not already deemed essential, will be allowed to have customers pick up items curbside starting Friday

As of Monday, it remained unclear how the order will affect malls with expansive indoor spaces.

NorthPark Center told WFAA it was still reviewing and would have a better idea Tuesday how “retail to go” will apply to NorthPark.

We Are Open: Submit your business, search businesses open or hiring in your area

While the logistics are not finalized, Amanda Fink is already planning for Friday.

The co-owner of The Little Things in Lakewood with her mother Cindy Weed, Fink says she is looking forward to any increased opportunity to see customers, albeit from a safe distance.

“Being able to see some of our customers’ faces will be nice even through a car window or a trunk to say ‘hello,’” Fink said. “We do miss our customers a lot."

The retailer specializes in children’s apparel and toys, and has relied on a few deliveries close to their east Dallas location.

“We were talking about painting our window to have curbside pickup,” Fink said. “Call us and pop your trunk and we’ll bring it out.”

Weed says “retail to go” is a needed step, but she doesn’t expect it to have a huge impact on customers, at least not right away.

“I think this is a good start – personally I wouldn’t want to go any further as far as having contact with customers,” said Weed. 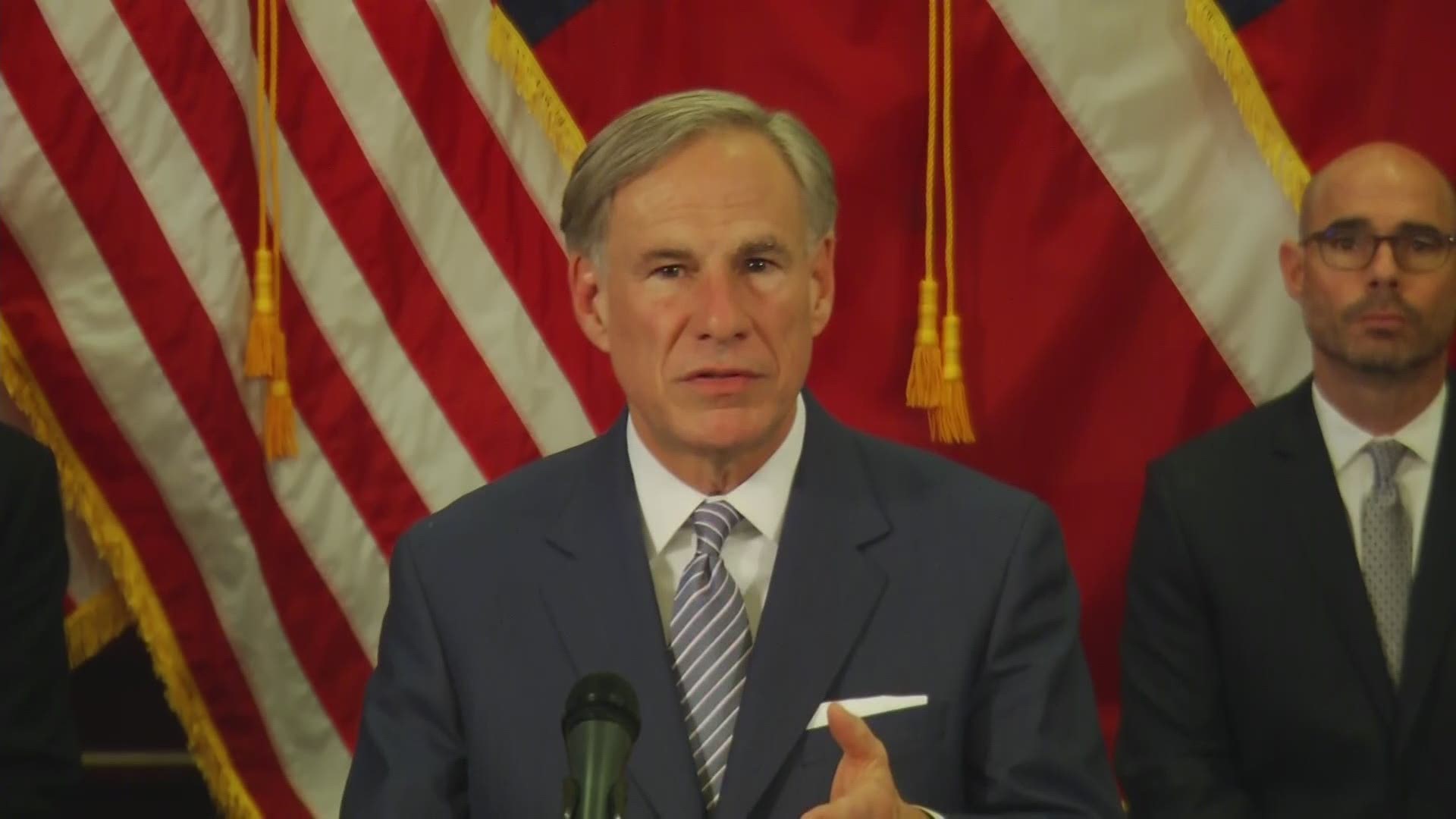 What workers, employers should know as businesses begin to reopen

What to know about Gov. Abbott's orders to reopen Texas economy amid coronavirus pandemic