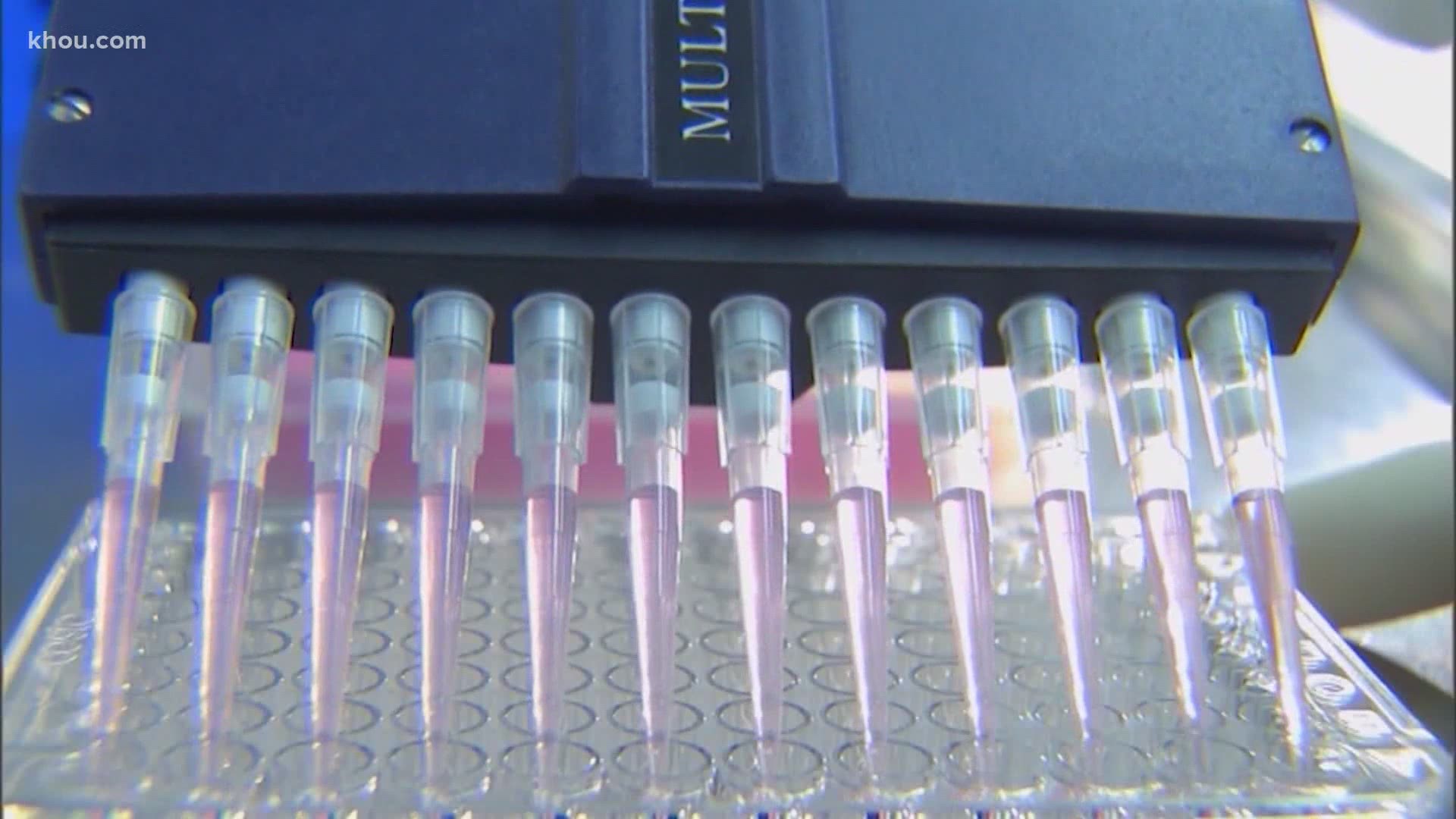 HOUSTON, Texas — The need for increased testing has been constantly repeated amid the COVID-19 crisis.

And many have heeded the call.

“I’ve got a sore throat, very weak, I just want to sleep,” said one woman at a testing site in Fort Bend County.

However, most with symptoms have not been tested.

That's according to a new Rice University survey of 4,000 people.

"There were 1,095 people who said they had experienced a fever of some type," said statistics professor Marie Lynn Miranda. "Among the 1,095 people, only 115 got tested.”

It's built upon a database first developed after Hurricane Harvey to gauge its health and housing impact.

"It’s further evidence that, when our health departments are saying we need the resources, we need the support to test more people more quickly," Miranda said. "They’re absolutely right about that.”

Anxiety appears to be a major issue as well.

Twenty-three percent of those surveyed reported moderate to severe anxiety.

And, among that group, 22% are first responders or healthcare workers.

"We consider our first responders and our healthcare workers to be national heroes right now, they absolutely are national heroes," Miranda said. "But even among that group, the mental health impacts are significant.”

The survey focused on economic impacts as well.

Between 7% and 10% of all households said they’re having difficulty paying rent or other bills.

A major commonality, according to the survey, is a willingness to help slow the spread.

It shows a vast majority of people are participating in social distancing and other measures.