Cases might be down from a mid-January peak but remain significantly higher than they were before the holidays. 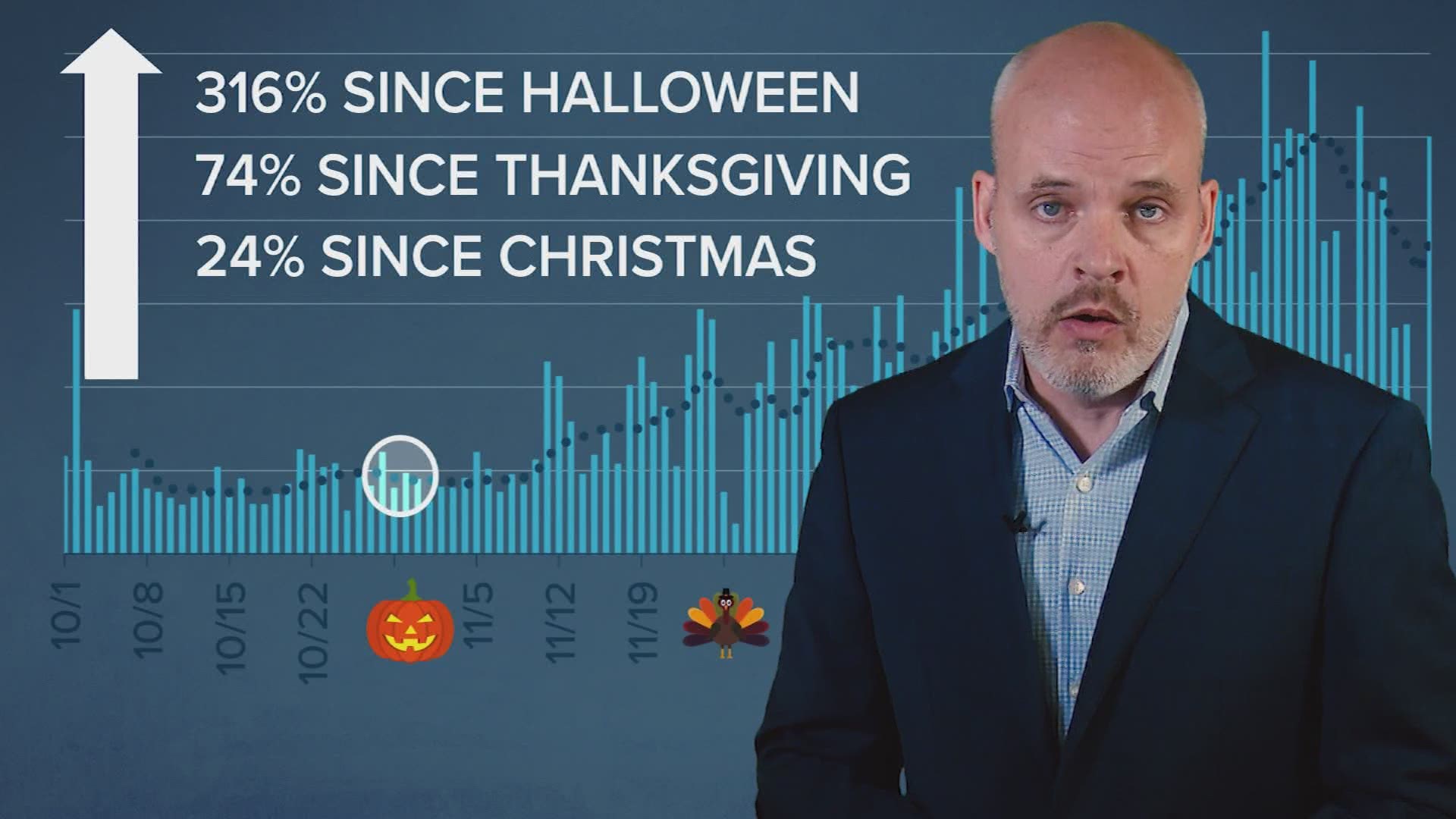 HOUSTON — Average new daily COVID-19 cases in the Greater Houston area are down from a mid-January peak, but are significantly higher than pre-holiday surge numbers, according to a KHOU 11 analysis of public health department data.

For the five largest counties in the area -- Brazoria, Fort Bend, Galveston, Harris and Montgomery -- the seven-day rolling average on Jan. 15 was 4,623 daily new cases.

But there is a flip side to the data.

Compared to Christmas, the current rolling average is 24% higher for daily new COVID cases across the five-county area.

The rolling daily new case average is 74% higher than pre-Thanksgiving levels and a staggering 316% higher than the week before Halloween.