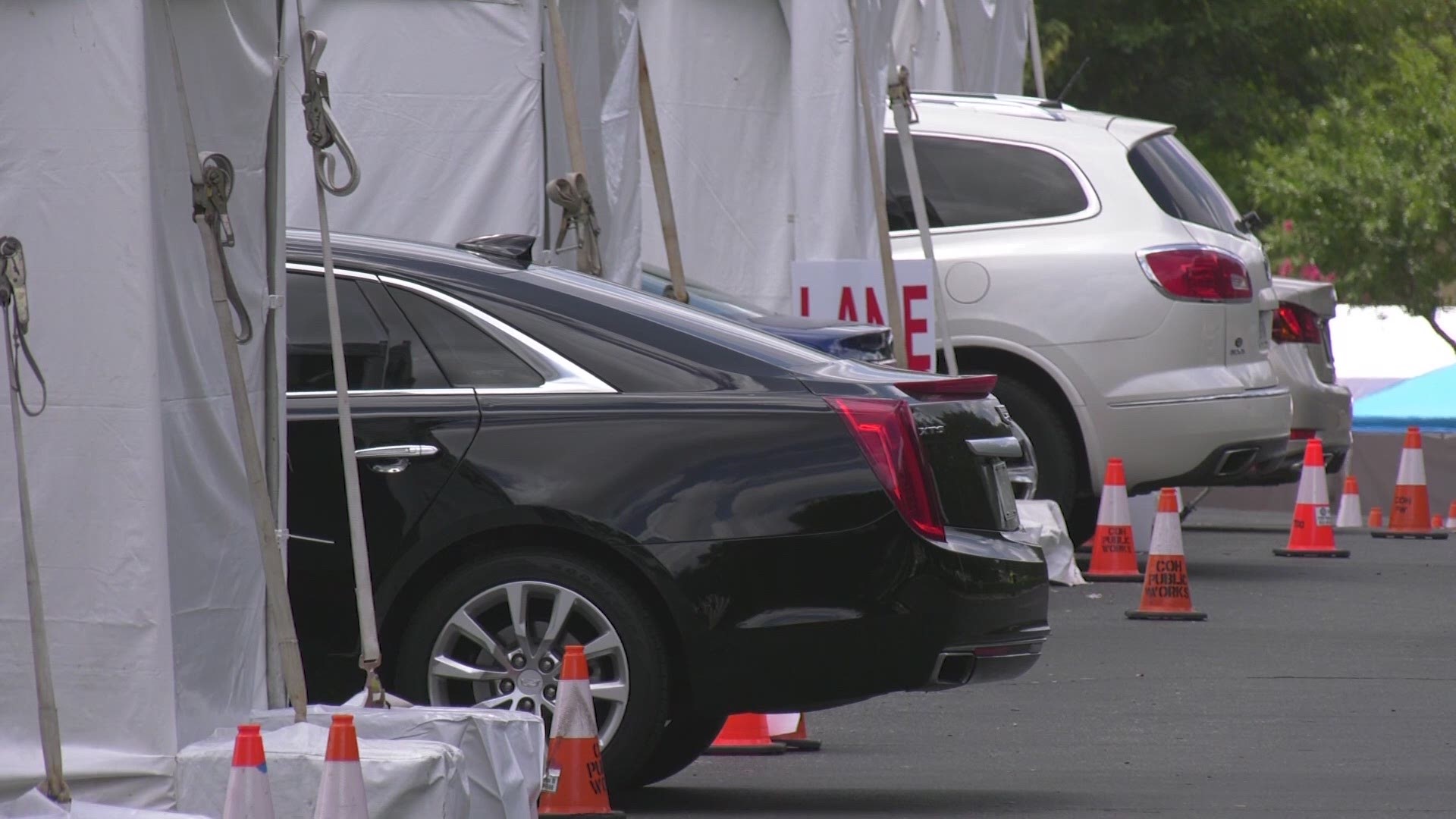 HOUSTON — The Houston area will continue to see new, free COVID-19 testing sites open for the public this week. Two more federally funded surge testing sites are scheduled to open Monday; one in west Houston and another in Kingwood.

The new group of four surge sites will add a combined total of 60,000 tests to the Houston-area region. Each site will be able to process 1,250 tests per day, according to Texas health officials.

The surge testing site at Ken Pridgeon Stadium in northwest Houston and the site at San Jacinto Community College in Pasadena each opened last week.

The surge sites opening Monday morning will be located at the Kingwood Community Center and Darrell Tully Stadium. The tests will be free of charge but officials advise the public to register online before showing up for a test.

Another free mass testing site, unrelated to the surge sites, opened Saturday at Minute Maid Park. The site has the ability to process 2,000 tests per day.

“Our numbers have increased to such a degree that the message is: ‘We have to protect one another,’” Harris County Public Health spokesman Sam Bissett said on Saturday.

Tests at the Minute Maid Park site are self-administered and samples are obtained from cheek and mouth swabs, rather than nasal swabs.

Nearly 800 specimens were collected at the Minute Maid Park site on Saturday and almost 1,000 had been collected by 3:30 p.m. on Sunday.